MIDI stands for Musical Instrument Digital Interface. It’s a method by which complex information can be transmitted digitally between musical instruments. In today’s world of VST plugins, synthesizers and all kinds of electronic musical devices, MIDI is extremely important. Maybe even more so than writing traditional sheet music! 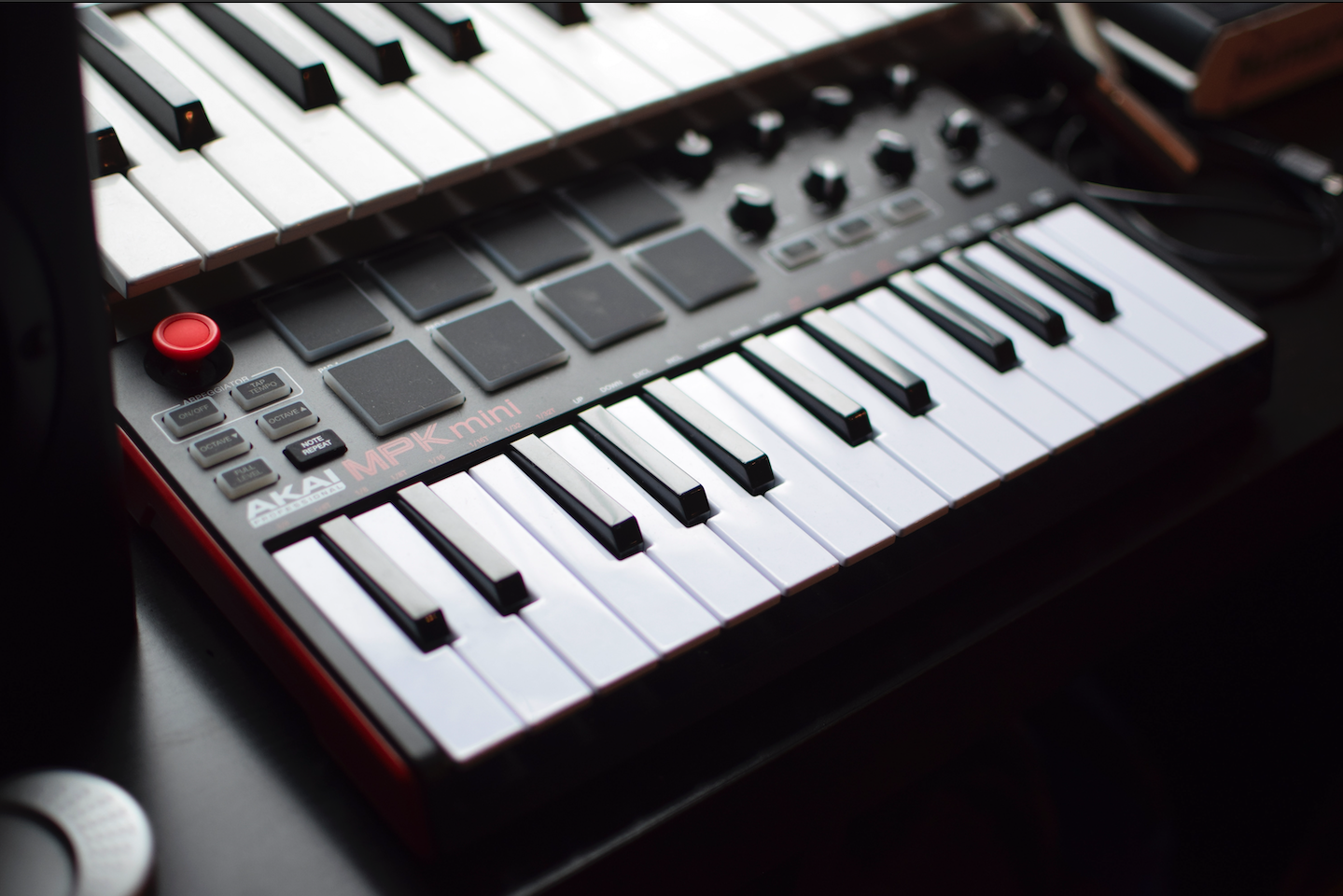 You can trigger MIDI chord progressions simply by loading a MIDI file with the right chord data.

Because MIDI files can send such a huge volume of data and instantaly affect so many things, it’s no surprise that MIDI has become one of the most useful tools at a modern musician’s disposal.

Another cool feaure of MIDI chord files is you can use them to learn from. When you use a MIDI chord progression from a professional composer, you get to see how they went about constructing the pattern, and what makes it sound great.

It’s not always easy to source great chord progressions, though.

That’s why we loaded Captain Chords with 68 of the best MIDI chord progressions of all time. They’ve been used in countless hit songs, which makes them a great place to start your own would-be hit.

Simple select one from the Progressions tab, and Captain Chords will automatically fill the timeline with MIDI chords. You can study the make up of the progression, how the notes flow together and see if you can understand what it is that makes it sound ‘right’. 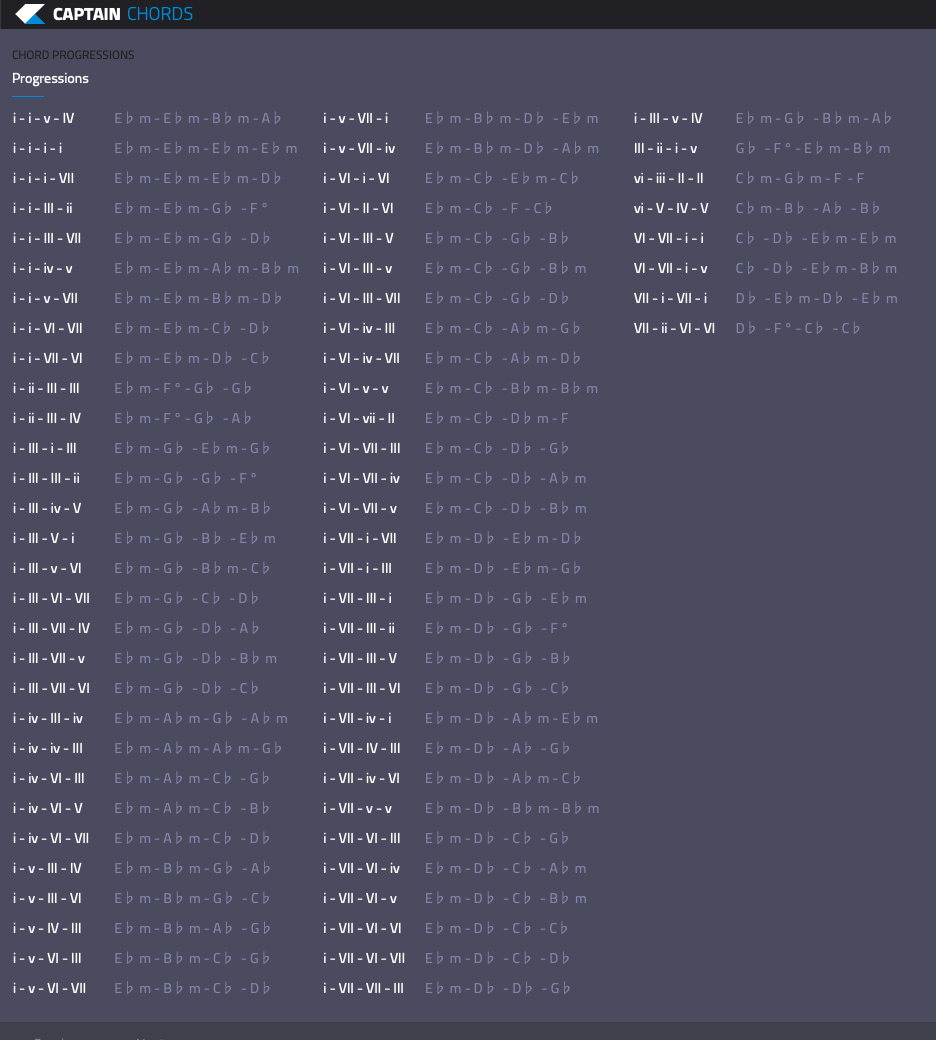 You’ll notice the chord progressions aren’t written down as specific chords such as C-Am-Em-F. Instead, they are written as Roman Numerals ie I-vi-iii-IV.

There’s a very good reason for this. By writing the chords in numerals, they can be transposed to any chord or scale of your choice. Musicians can play the same progression in a new scale, because the numerals tell them what the relationship between the chords is.

Read more about how to transpose here.

Once you’ve decided on a chord progression, you can quickly try out different voicings. Voicings are different ways of playing a chord, such as Inversions or Suspended chords.

These voicings have different technical constructions, which you can read about here, here and here. You don’t need to know the theory behind voicings to use them in Captain Chords. You can simply try them out and decide if you like the sound!

Watch the video below and consider how different voicings affect the character of the progression.

Captain Chords creates MIDI chords in seconds. You can route these directly to your chosen synthesizer, use Captain’s own in-built sounds, or export the MIDI clip to your DAW for further composition.

Having so many MIDI chord options is bound to speed up your workflow and help you write better chord progressions.

It’s super easy to create your own MIDI chords with Captain Chords. Visit the official Chords homepage and see how it will help you explore music and write your own original productions.