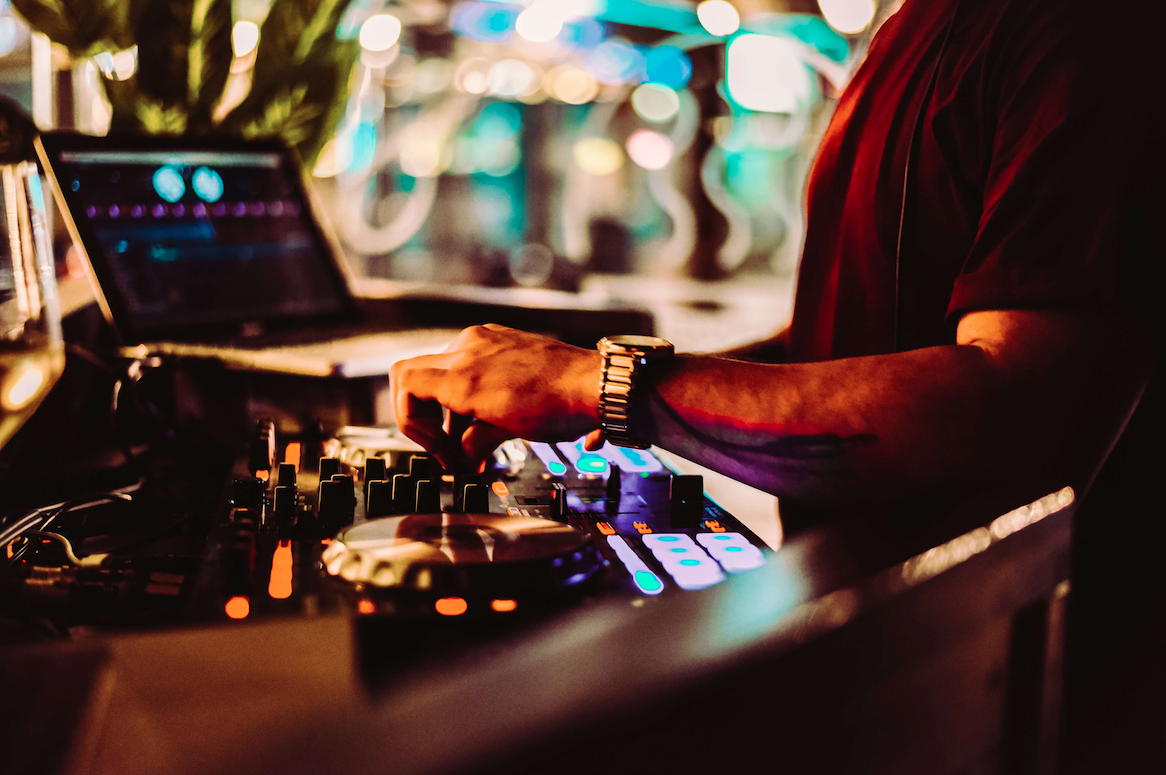 Since we invented the term over 15 years ago, harmonic mixing has become a core principle for most professional DJs. Harmonic mixing is the process of mixing tracks together which have ‘key consonance’ – in other words, tracks that have compatible root keys. Mix tracks that go together musically, and your mix will sound beautiful. On the flipside, mix tracks together that ‘key-clash’, and it will probably sound amateur.

Key detection is vital to harmonic mixing, because it tells you exactly which tracks will be harmonically compatible, and which won’t. Poor key detection means you’re more likely to perform amateur mixes.

You’re playing music, so your DJ sets should sound like music too. By blending tracks which are in a consonant key – in other words, tracks that ‘go’ together – your mixes will sound amazing. As DJs, we’re in it for the long haul – DJ sets are rarely shorter than one hour. That’s at least 8 tracks blended together, with the express intention of taking your audience on a thrilling journey.

For the duration of your DJ set, your tracks need to blend beautifully.

Even if you’re using a cut n’ paste approach and mixing tracks superfast, harmonic mixing makes it sound better. If the tracks sound like they belong together, your mix sounds more professional.

This principle is fundamental to good DJing. And what’s more, it increases in importance throughout your DJ set. Put it this way: two tracks mixed harmonically sounds great. The next track comes in and mixes harmonically, too. Your audience loves that even more than the first mix – because the journey has begun. They’re with you now. The next harmonic mix sounds even better, and the next, and the next. Most professional DJs use harmonic mixing from start to finish because it’s such a powerful technique.

It’s a double-sided coin, though.

It only takes one ‘key-clash’ to throw a mix right off. When tracks don’t mix harmonically, the human ear knows about it. We feel it when tracks aren’t harmonically compatible. It makes us wince a little, we get the sense that something isn’t as it should be. We may have no musical understanding whatsoever, but when we hear a DJ set with key-clash mixes, we just don’t enjoy it. That’s one of the reasons that harmonic mixing matters. It’s also one of the reasons that great key detection matters, too. 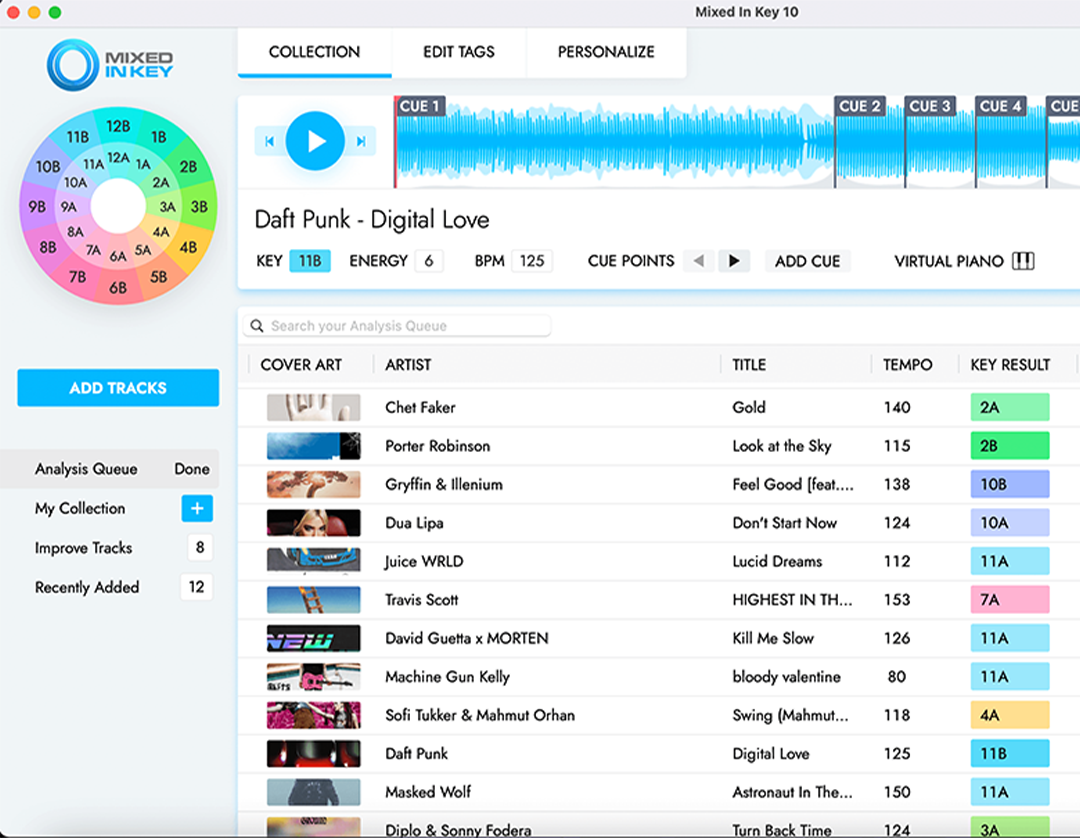 While our pioneering software has spawned many imitations, present in most DJ software nowadays, Mixed In Key is by far the most accurate.

But why is accurate key detection so important for harmonic mixing?

Put it this way: When you want advice, who do you ask? Someone who knows a fair bit about the topic, or an expert? If you were going to use their recommendations as an integral part of your decision-making process, you’d go with the expert every time, right?

It’s the same with key detection. If you compare the key results of Mixed In Key 10 to the results of the in-built detection in Serato, RekordBox, Virtual DJ and Traktor, you will see major discrepancies. Since Mixed In Key 10 is scientificaly proven to be superior, that means that using other detection is likely to make you make mistakes.

The Camelot Wheel of Fortune…

You may already be familiar with the Camelot Wheel. It’s the alpha-numeric system by which musical keys are given a special code. This code enables you to visualise how compatible tracks are. You don’t need to remember whether C Minor is compatible with G Flat, B Minor or E Flat… the Camelot Wheel makes it super easy. Here’s what it looks like: 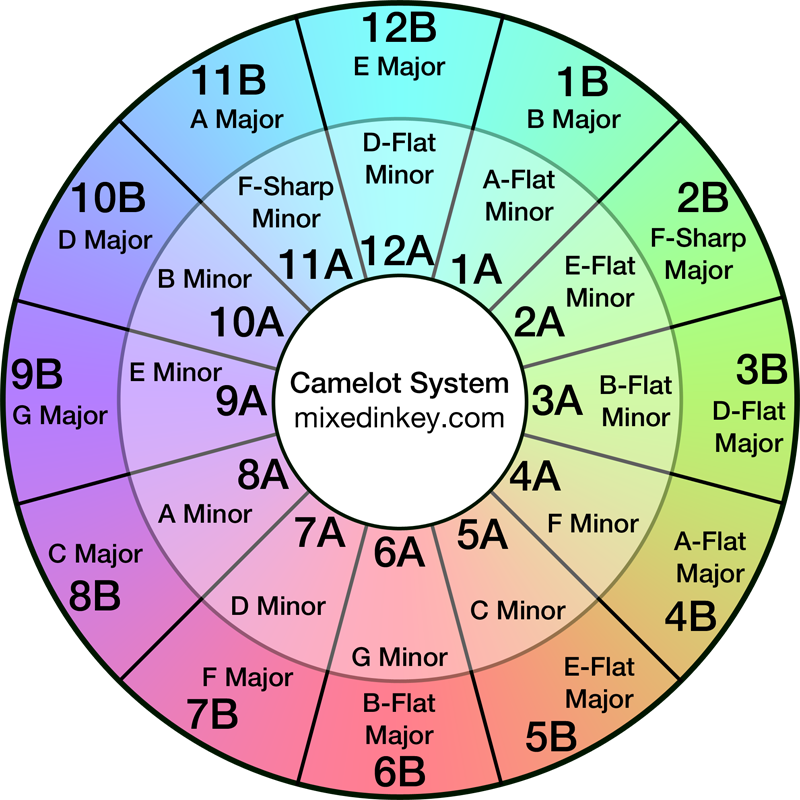 As you can see, each musical key has it’s own code: 8A = C Minor, for example. Minor keys are repsented by an ‘A’ while Major keys are coded ‘B’. The numbers relate to the root note of each key. The reason for this is to enable you to quickly establish which keys will go together. Tracks with the same key are perfect key matches, so 8A will always go with 8A. Similarly, numbers sequentially up or down will also be compatible. 8A will always go with 7A and 9A. Furthermore, a single step between A and B is compatible, but only if the total number of steps is stil one. For example, 8A will go with 8B, because that’s one step. But 8A is a key clash with 9B, because you need to make two steps to reach them. You need to go from 8 to 9, and A to B. That’s 2 steps, and likely to result in a key clash.

Hopefully it’s becoming clear why the most accurate key detection is important if you want to mix harmonically. 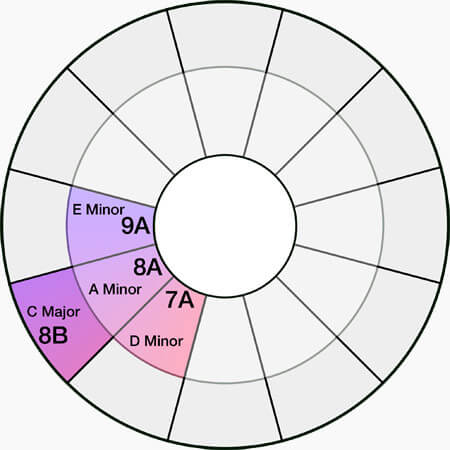 One wrong result can ruin a mix.

Let’s say you’re using an inferior key detection algorithm, such as one in your DJ software. Your results tell you that the tracks you want to play are compatible. You’re mixing 4A into 4A, 5A, and bac into 4A – a perfectly ‘in-key’ route around the Camelot Wheel. But, then, you use a track your key detection tells you is 4A. Only; disaster – the algorithm was wrong… you thought the next track was 4A (F Minor), but it’s actually in 6A (G Minor).

Here’s why that causes problems:

Jumping 2 Steps up the Camelot Wheel is an Advanced Harmonic Mixing Technique.

It’s called an ‘Energy Boost’ mix, and is useful for when you want to make a powerful new statement or grab everyone’s attention. It’s just like a key change in songs… the bits where the songwriter really wants you to pay attention!

The problem with performing an Energy Boost Mix is that they are really noticeable – as such you want to use them sparingly. If you do more than maybe one or two Energy Boosts an hour, you’re highly likely to confuse and disrupt your audience. The mix will feel like it’s jarring with the listener. It’s uncomfortable.

Even worse, what if the key detection is out but gives you a key that is totally incompatible, even as an Energy Boost? It’s gonna throw your carefully crafted mix right off track.

Whether you’re throwing mixes together on the fly or planning the perfect mix, incorrect key detection can cause your mixes to sound amateur. 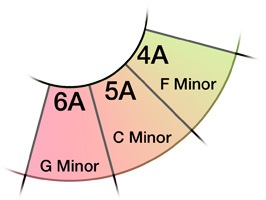 The World’s Top DJs Use Mixed In Key.

They know that pro results come from using pro gear. They don’t want to be second-guessing their key detection results or testing each track with a piano. And they want to concentrate on harmonic mixing, confident that they have the most accurate data possible. 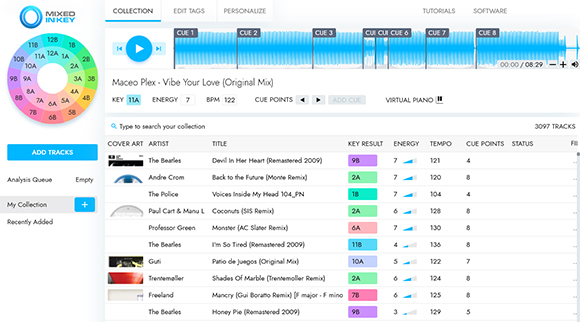