Satellite Sessions can capture audio from any channel, bus, aux or output in your DAW that allows audio effect plugins. Add Satellite Audio to a channel you’d like to share. Capture Audio will be ON by default.

In most use cases, this does not pose any issue. However, in some instances, including if the DAW project contains many instrument and audio channels and is in the latter stage of the production process,; it may be desirable to capture audio POST FADER. This will include volume and pan adjustments.


Click on the box from the channel strip marked Stereo Out.

Click on Bus and choose a stereo Bus channel to route the audio to.

Add Satellite Audio plugin as an insert on the Bus channel (below).


Add an instance Satellite Audio plugin to a Group channel.

Add Satellite Audio to the Group channel. Audio captured in Satellite Sessions will now reflect all automation, panning and other Post-Fader settings.

Create a new, dedicated Audio channel. Set ‘Audio From’ to the instrument channel or Group you wish to capture Post-Fader audio from. Set Input Monitoring to ‘In’ 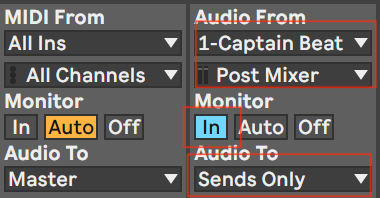 Ensure the channel is set to capture ‘Post Mixer’.

Post fader audio will now be captured in Satellite Sessions.


FL Studio 20 already has Post-Fader enabled so you don’t need to change anything to capture volume or pan automation. 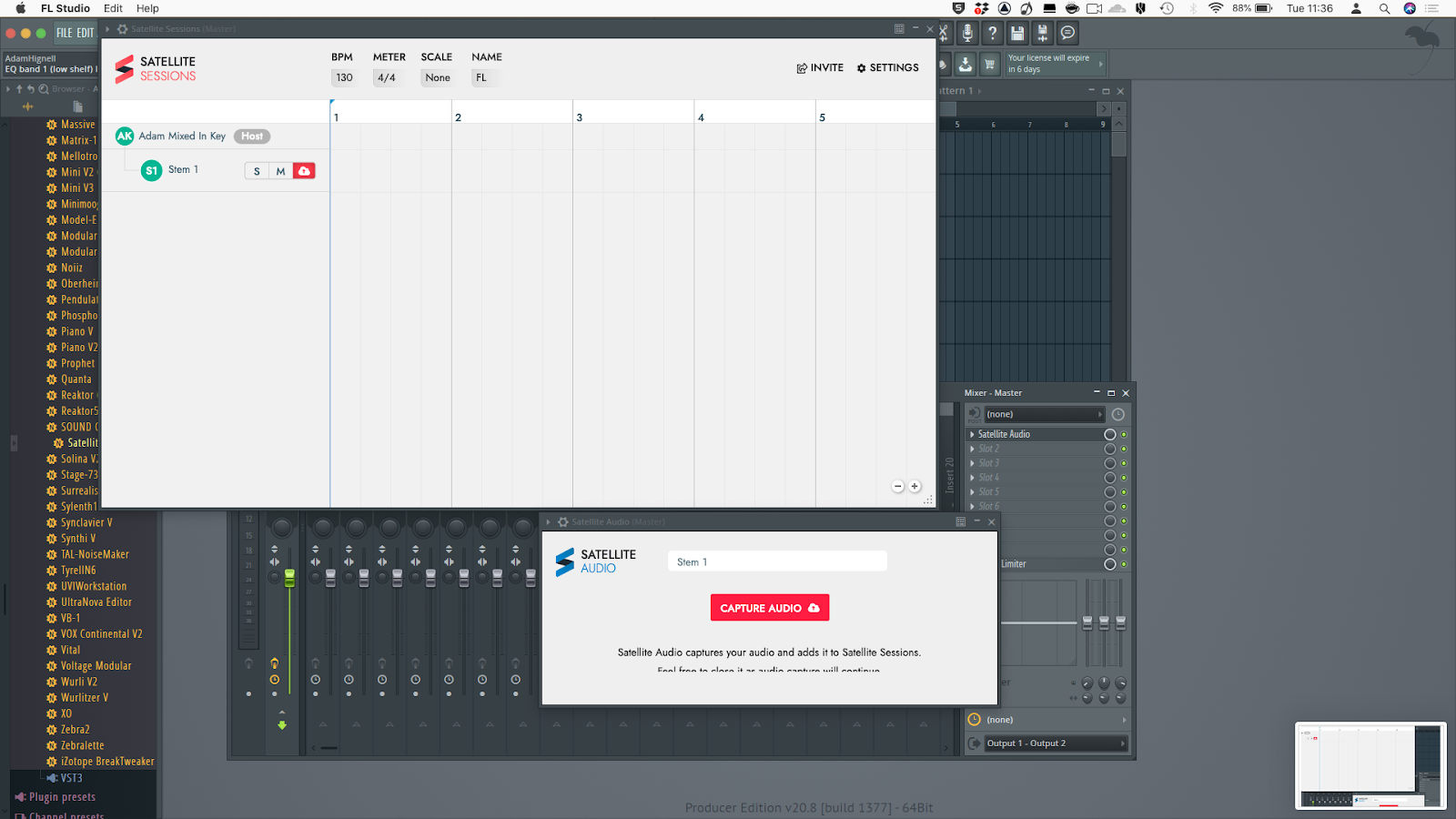