Boulevarde won Best Vocals prize with “1conversation” (ft. Little Green). You know that 1Conversation that really changes how you feel about someone?

Please tell us about yourself and where you’re from. Who are your collaborators in your band?

Edgar and I make up Boulevarde and we are an indie pop duo from Sydney with a passion for creating emotionally driven pop records and eccentric music videos. We later met Amy, better known as Little Green, at a songwriting contest in 2019. We were so blown away by her performance and voice that we tee’d up some writing sessions and soon realised we created some pretty special music together that we want to put out into the world. The first song we wrote together was Take Your Time was about such a heavy topic – the recent passing of a good friend – but despite barely knowing each other we managed to articulate a very powerful message lyrically, melodically and sonically and we couldn’t wait to put it out. We recently released our second single that we also wrote together called 1Conversation which we were so incredible stoked to find out had placed in the Mixed in Key contest!

You made a track that’s incredibly fresh and original. Can you tell me the story of how it came about?

1conversation tells the story of a relationship coming to a crashing end. Sometimes, all it takes is 1conversation to really change your feelings toward someone. It’s like it all clicks. How did it take you so long to realise it was never meant to be? We sat down together and wanted to write something that really tugged at the heart strings again and decided to tell the story of that gut wrenching feeling you get in the pit of your stomach when you come to a sudden realisation that you might have to make a hard decision about a relationship.

It was a frustrating writing session, the song didn’t feel like it came as easily as our first collaboration ‘Take Your Time’. We all left the studio feeling like we hadn’t come up with something good that night. But woke up the next morning and swapped around some sections in the song and fell in love with 1Conversation. The pre chorus was originally the bridge when we first wrote it!

What combination of genres are used in this track?

This track merges the indie-pop production of Boulevarde and the sweet folk vocal of Little Green. 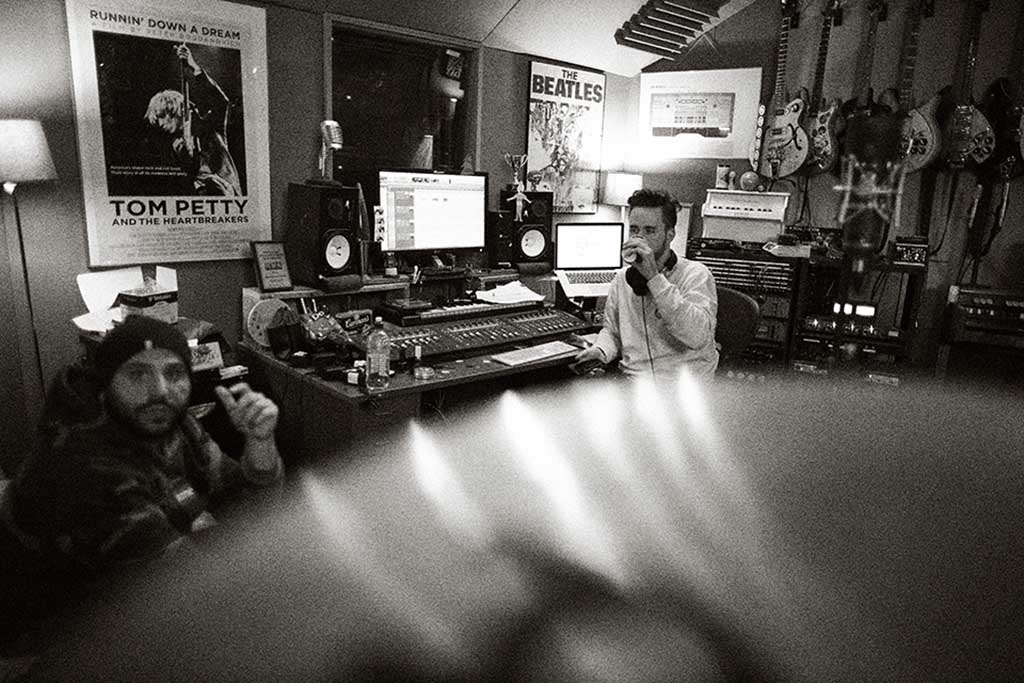 Please tell us about your creative process for the song: what did you do when you arrived in the studio?

The first thing we did was decide whose story we were telling. We usually nominate one person in the band to write about, then we create a song around their experience. It’s important to us that the songs we write come from a very real place. We tend to come up with melodies first that work over a chord progression and then sing gibberish until the lyrics come. We track a vocal on the night – and sometimes that vocal ends up being in the master like with Take Your Time but in this case we re-tracked the lead vocal in a studio.

Edgar and I then take the lead vocal away and our focus is always to create an electronic bed underneath the vocal that sonically supports the vocal and also conveys the emotion of the song. The first thing we did was switch the bridge to be the pre chorus and it honestly breathed a whole new life into the song. We love the idea of very organic synth sounds often with an extremely short sustain/decay and 1Conversation was no exception.

We really love the versatility of Serum and often use it for our synth sounds, sometimes we will reach for U-He Diva or something different. But something about Serum’s versatility and clean sound is really hard to pass. One thing we have been doing a lot lately is subtle distortion using Soundtoys Decaptitator which is sooo powerful and then topping that off with some Microshift which adds a lot of width but also does something very pleasing to the high end of sounds.

One of our new favourite plugins we have been overusing is Soothe 2 – always finds its way onto the vocal chain and master!

The vocal has an amazing tone – did you have a vocal chain made ahead of time, or made it on the spot? How do you record such gorgeous vocals?

Not long ago we started doing a lot of vocal first mixing which was a game changer. We get the vocals aligned and do all the vocal processing first, sometimes before we even start producing a song. That way the rest of the production just folds so nicely around the focal point – the vocal.

We have a lot of go to plugins for vocal chains but often start from scratch as every vocal is different. On this vocal we got rid of some low end and low mids with an EQ, applied a generous amount of compression with RVox, de essed with Eiosis E2, love a bit of Slate attention after that with some 1176 action and then round things off with some Soothe 2, touch of Sonnox VoxDoubler for some width and our favourite time effects – Valhalla VintageVerb and Soundtoys Echoboy. 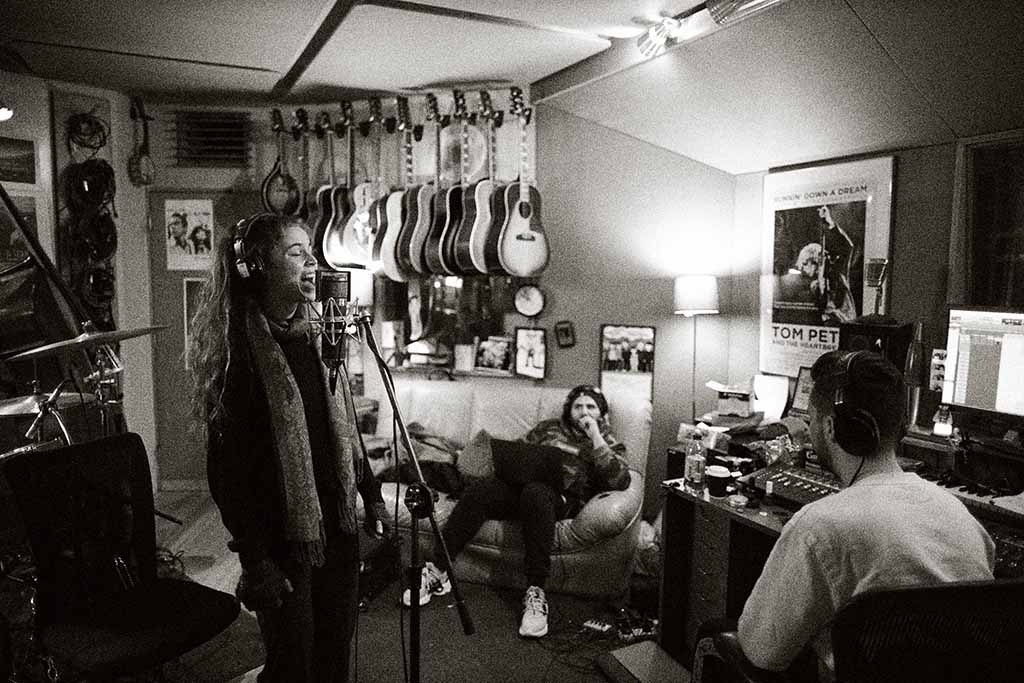 Little Green: Production wise, Finneas. Artists – Kate Bush and Joni Mitchell. Boulevarde: Flume’s debut album was definitely the reason Edgar and I got into electronic music production. But since then we have come to know and love the work of Grey, Mansionair and CXLOE. The songwriting is was is most important to us when we listen to a record but when the production and mix are of the same calibre it’s hard not to fall in love.

We all loved creating this one. We were stoked with how it turned out, especially after a slow start. We are proud of its simplicity and intimacy, and definitely have a few more tracks like this one hiding away. Our goal is always to put out music into the world that we feel is unique and most importantly the music that we want to hear. Sometimes it’s hard to know the quality of your qwork when you hear it so many times before it’s out in the world. But all of our songs have a very special place in our hearts and we will always remember then long days and nights we spent writing and working on them.

We draw inspiration from so many electronic and pop artists but some top people we would love to write with are – Flume, Grey, Mansionair, CXLOE and Vera Blue. We also have a lot of close friends here in Sydney who are incredibly talented in their own right and just waiting for the world to show them the attention – one that comes to mind is AYA YVES. 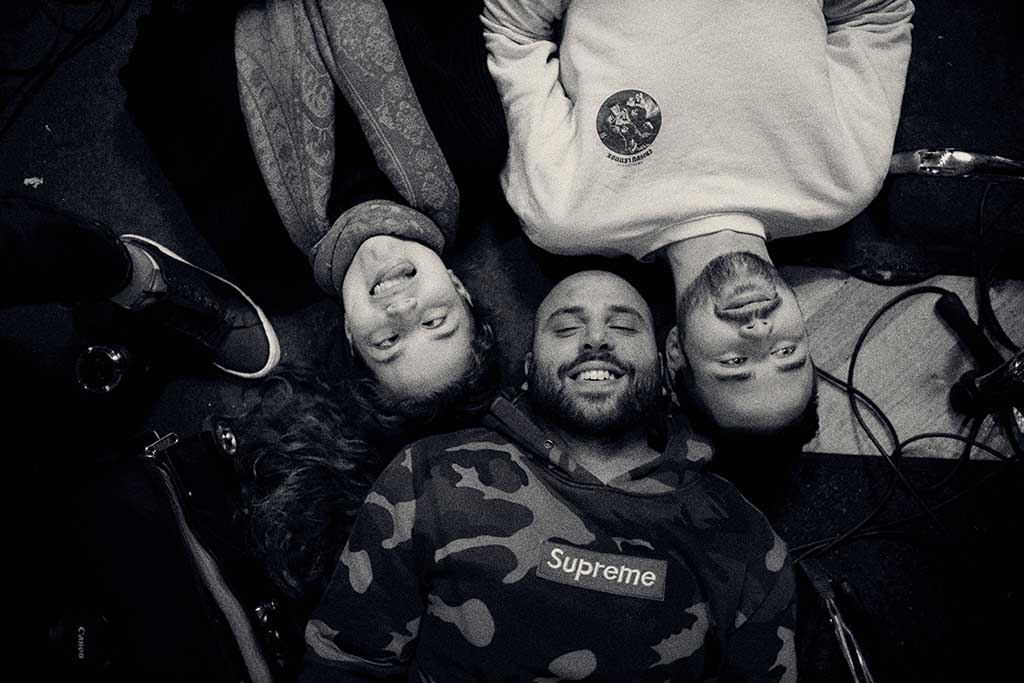 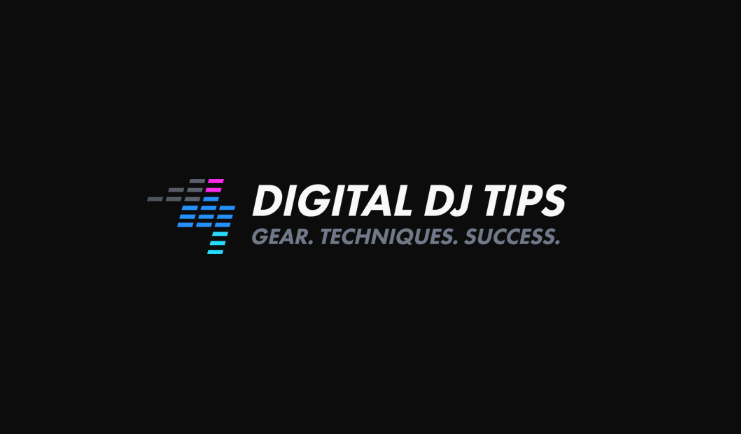