How to write a Melody over Chords

A simple guide to writing perfect melodies over your chord progressions 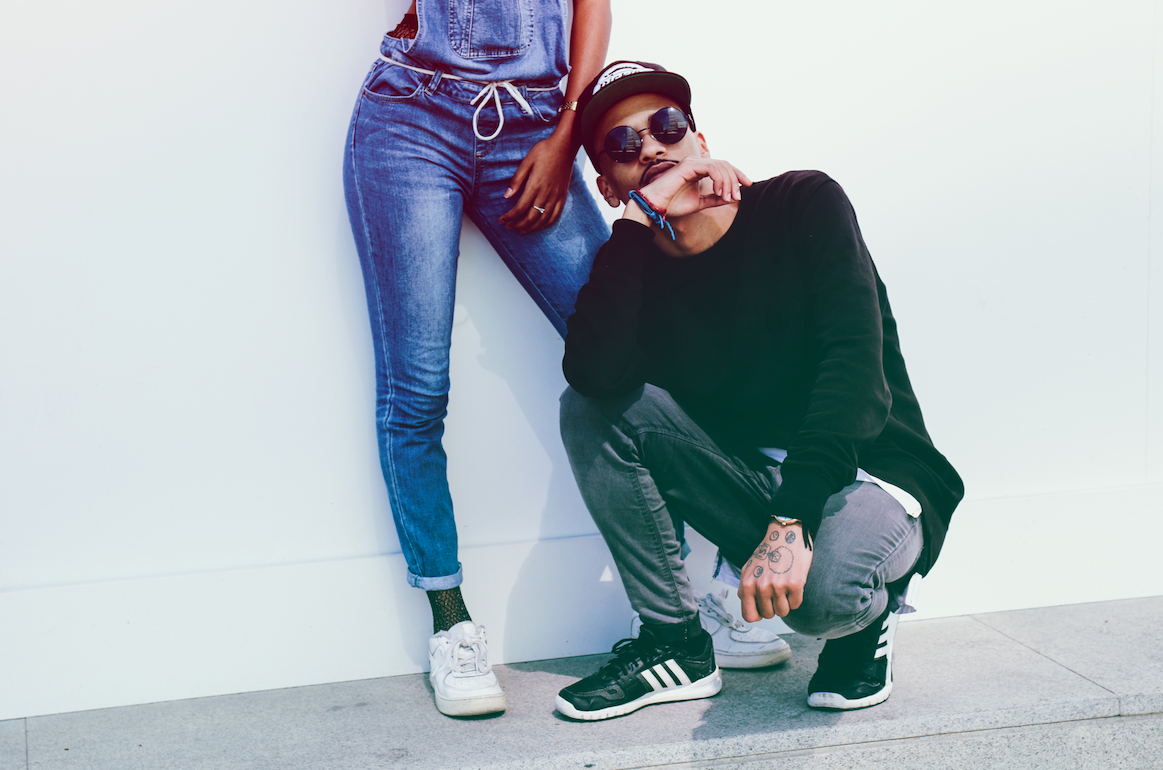 If chords are the mannequin, melodies are the clothes.

Yet, like clothes, they don’t have the same impact without someone to wear them. Equally, the fit has to be just right for maximum “wow”.

Quite simply, melodies are the memorable part of most songs.

If you’re humming along in the shower, chances are you’re singing the melody, not the bassline or chord progression.

Try following these ideas, and see if they help you come up with even better melodies for your songs 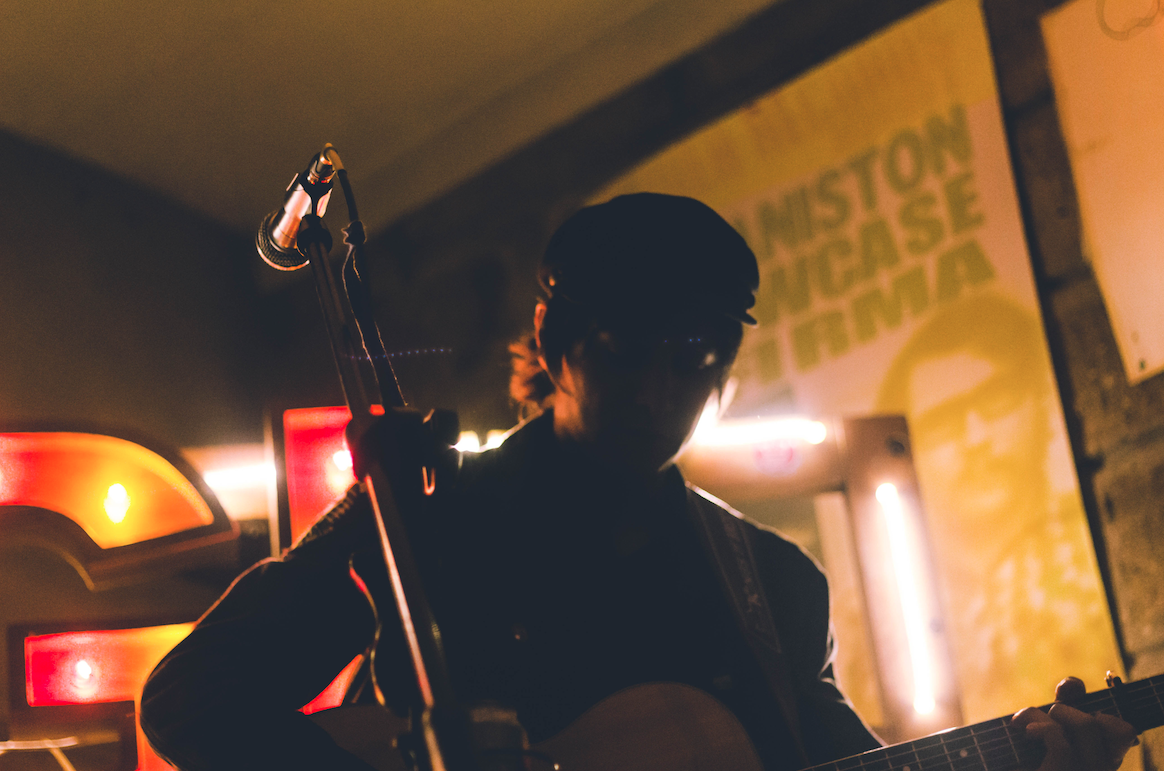 In basic terms, a chord is made up of multiple notes, played simultaneously. Each time a chord is played, there are at least 3 notes that a melody can use and be guaranteed to sound good. By following the chords, and only using the notes within each chord as it plays, you’ve got an instant set of notes from which to devise a melody.

Practice playing different rhythms using only the individual chord notes over the top of your chord progression. This can form a really solid basis for a melody line. You’ll probably want to refine this as you develop the melody later, but this a great place to start.

Another cool trick is to play around with octaves within the chord notes.

Try raising a couple of notes at a time an octave above and see if it adds drama and excitement. This is particularly effective when raising the octave of one note brings it closer to the next note than before.

Check out the video below. It shows how you can use the new Captain Melody 2.0 (Beta) plugin to write a melody. By raising one of the notes in the final chord up one octave, it gets nearer in pitch to the D of the same chord. This sounds pleasing to the ear while increasing dynamism.

Each note in the melody is one of the notes in the triad of the chord it’s playing over. It’s either the root, third, or fifth note. Playing with octaves is a useful way to add interest to your melody without increasing dissonance.

Captain Melody 2.0 is currently in beta. Some changes may yet be made to the finished release 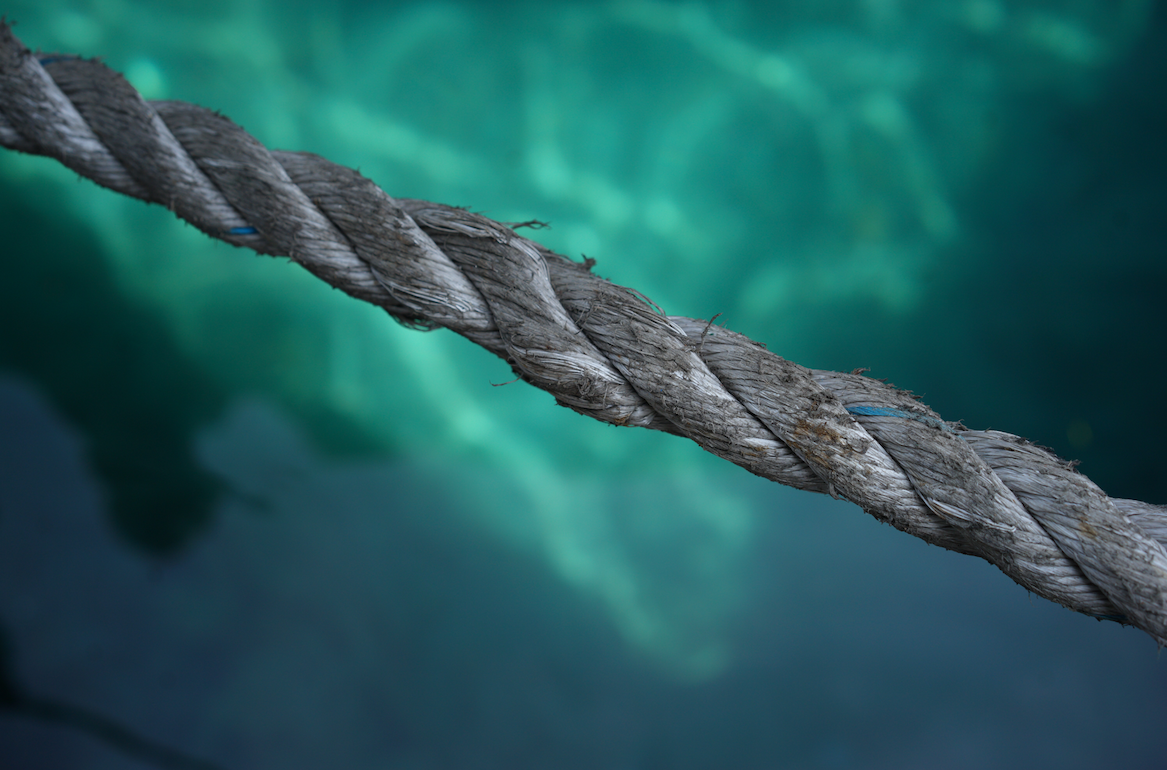 Tension might not sound like something you want in a melody, but it’s often the key to success. This is because the ear actually likes dissonance in small bursts. If everything is precisely in tune, without deviation from the main chords, it can sound bland.

Tension describes the relationship between a note and the chord it plays over. The greater the tension, the more dissonant it sounds. Dissonance being the amount a note disagrees with the chord.

Some notes are just so dissonant they are a highly unlikely choice for a melody. Captain Plugins marks these notes Red for danger!

Captain Melody 2.0 has a unique way of visually describing each note’s tension level.

In the video below, we’ve used lots of red notes. These are absolute ‘no-no’s, notes that will almost never sound good against the chord, even in passing!

The video below contains lots of red notes, and sounds bad as a result.

Other notes are dissonant, yet can sound amazing as passing notes between perfect pitches. In a melody, these passing notes can add life and depth to the music. If you’re careful, you can even use these tension pitches as destination notes.

A destination note is a note at the end of a bar or progression that resolves the melody.

This honor is usually reserved for perfect pitches, as dissonance can be disquieting as a resolution.

Check out the video below and notice how different tension pitches add depth to the melody.

But what are passing notes?

They’re notes in a sequence that bridge two other notes. Passing notes are usually shorter in length than the notes they bridge between. Their function is to add interest to proceedings. If the melody were a train journey between two stations, the passing notes would be the view out of the window. They’re decorative, yet can be very instructive in defining the character of the melody.

Watch the above video again. Did you notice that bars 2 and 4 end on tension pitches, and it still sounded cool? There’s a reason for this. The human ear loves patterns and order.

This is perhaps because, subconsciously, we like to predict what we’re about to hear, and get a little buzz of satisfaction when we get it right. Ergo, when we expect to hear a note because it’s in the chord we are currently hearing, it’s pleasing when the note duly arrives. 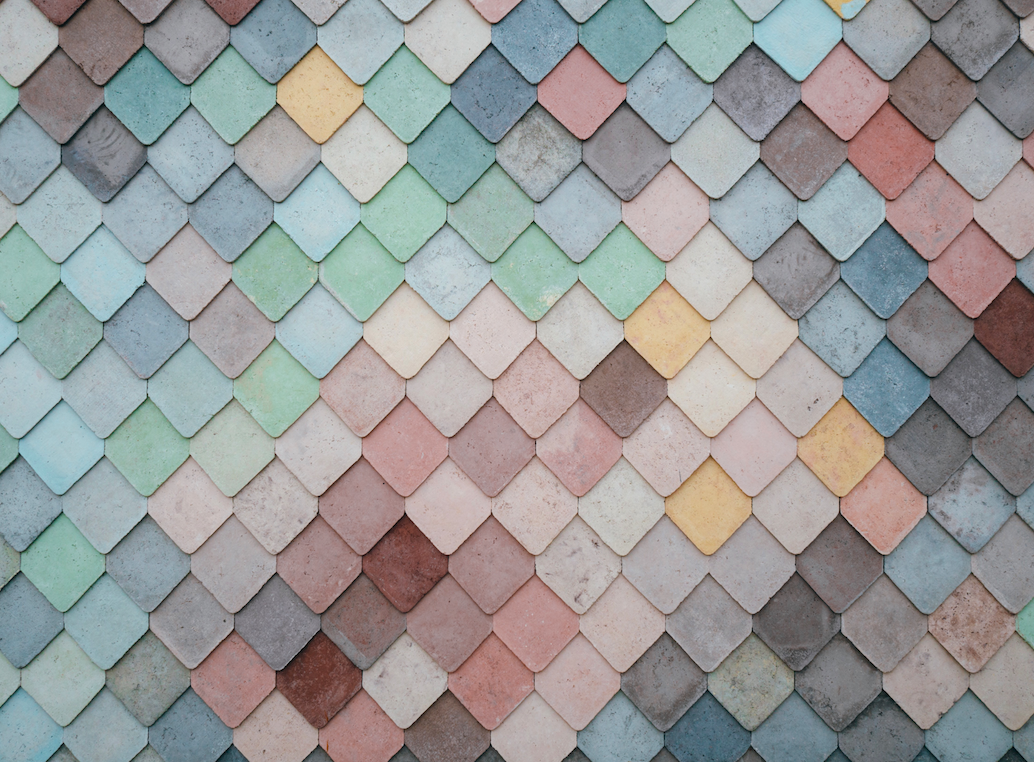 But that’s only one pattern – the pattern of the chord. There are lots more. In the above example, bar 2’s destination note is dissonant to the current chord. But, it forms a pattern, because it’s the same note, A, as the destination chord in the previous bar.

Since the previous bar is the root chord, we can deduce that A is in perfect pitch with the root, so it sounds pleasing, even when set against E Minor. Resolving to the same note as the bar before is its own kind of pattern, too, which accentuates the satisfying sound. In bar 4, finishing on an E is dissonant within the confines of D Minor, but not within the root chord of A Minor.

Also, the melody finishes on the same note that it starts with, E. This is a pattern that the human ear picks up on and is drawn to.

Finally, what else do you notice in the video? Look at each tension pitch. Each dissonant note (shown in Captain Melody 2.0 as either green or yellow) is either root, third, or fifth in the root chord of A Minor.

This means we can use it during the rest of the chord progression and still be in key. Another lovely pattern for our brains to enjoy!

Try writing patterns into your melody. You could make each bar’s first note the same as the last note of the previous bar, for example. This is just one of dozens of possible patterns you could find. If you can get your brain to start thinking in patterns, you’ll be on your way to writing memorable melodies. 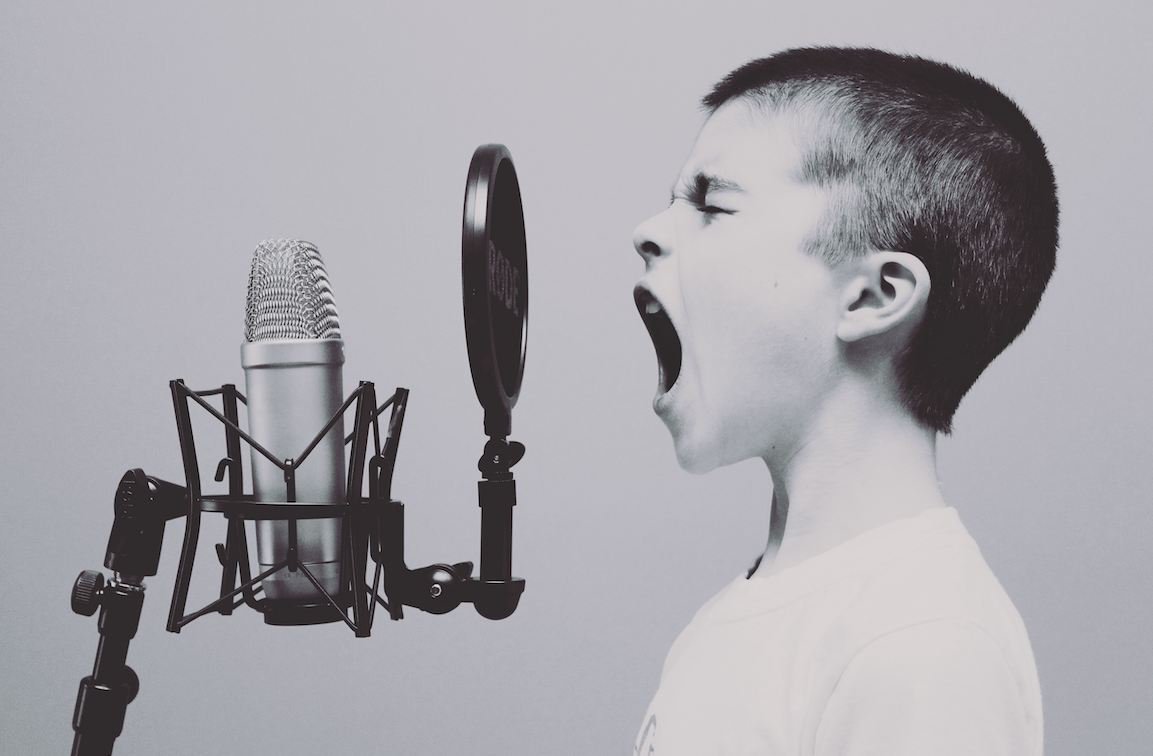 Of course, melodies can include vocal lines, since the voice is essentially just another instrument. And it’s often the fastest one to play, since you’ve been using it your entire life. No need to plug it in, tune it or turn it on. It’s ready and waiting to write music (or order pizza) and you shouldn’t look past its simple appeal.

You don’t need perfect pitch or a voice like Adele to write melodies with you voice. Trust your instincts, and hum along to your chords. It worked for Prince!

Captain Melody’s Pencil tool is a great way to turn your sing-alongs into MIDI note melody lines. You can enter notes by clicking a button, choose whether it’s the root, 2nd, 3rd up to 7th note in the scale, and audition each note as you enter it. If it matches your humming, you’re halfway there! 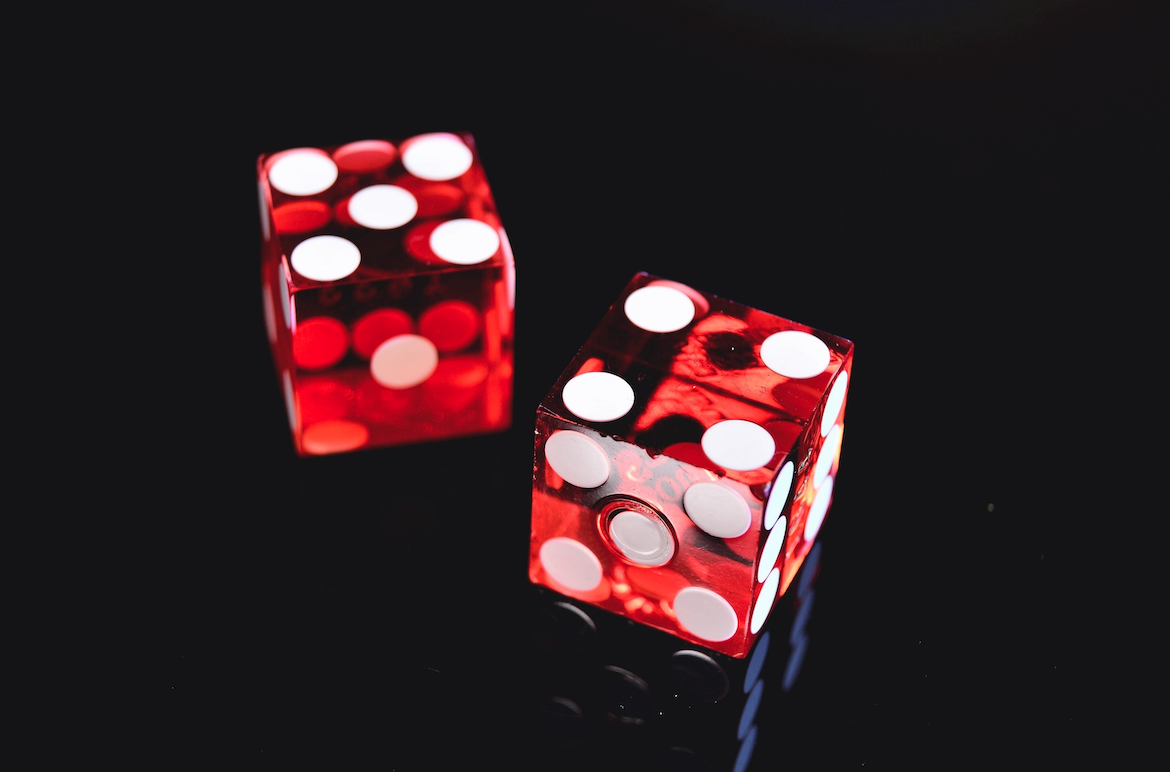 David Bowie famously wrote lyrics down, then revisited them with a pair of scissors.

By cutting up his own work and stitching it back together in new ways, he was able to bypass his brain’s muscle memory and formulate exciting, bold new ideas. If even a genius like Bowie had to manually override his brain’s instincts to find new ways of approaching his art, it’s probably fair to suggest that we could all benefit from that notion, too.

Fortunately, electronic music composition lends itself nicely to that concept, and Captain Melody 2.0 is a great example of this.

By using the Idea tool, you can box off a section of your Melody. Hit the Dice button in the middle of the Idea box, and it will randomize the selection. Bang! New idea city! Y

ou can adjust the degree and parameters of randomization from very subtle to total atomization, and with the Undo button to hand you can always revert to previous ideas if things get a little wild.

To simplicity and beyond!

While there’s an exception to break every rule, it’s generally good to bear in mind that simplicity is crucial to memorability.

Most songs we love to sing, dance and play along to can be easily remembered because they are fundamentally simple. The human ear loves to predict the next move in a melody, and we can assist that by keeping things clutter-free. Don’t be afraid to take notes out – after all, the great Jazz trumpetist Miles Davis said “It’s not the notes you play; it’s the notes you don’t play”.

If you can concoct a melody that is both easy to predict, and somehow surprises the listener… well, you’ve got a hit on your hands.

Add spice to your melodies with Captain Plugins