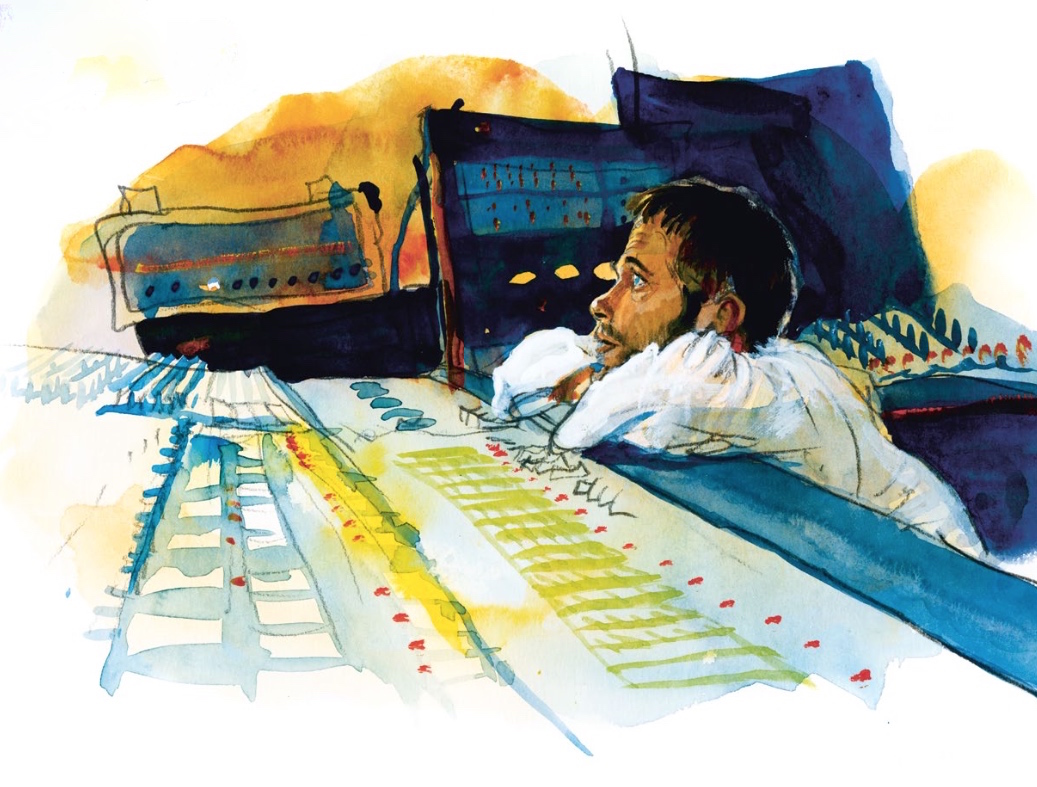 Vocals make good songs unforgettable. A great vocal will be stuck in your head for days, and, for songwriters, can be the difference between success and failure. While writing a good vocal is hard enough, as producers, we need supreme methods for recording and mixing them. Any mistakes are impossible to ignore, since the vocal is such a dominant feature of the song.

Adam Hignell spoke to Paul Reeve, producer for artists like Muse, Razorlight, Steve Harley and many more, to get the scoop on best practices for any producer.

It starts with a good performance. And some of that is your responsibility!

You simply cannot turn a bad vocal performance good. No amount of pitch correction or volume automation will save your recording if the singer was poor. A good recording starts with what you put in.

So, naturally, you want to work with a good singer. That doesn’t necessarily mean a technically perfect singer, and it depends on genre to a degree, but a vocal needs to be believable, first and foremost. if the singer seems nervous, or uncommitted – or over-committed – it just doesn’t work.

That’s the singer’s responsibility, though, right?

WRONG! Well, not entirely, at least. As the producer in charge of the session, whether in a pro studio or a bedroom, it’s your job to facilitate great vocals.

That means putting the singer and musicians at ease. It means working out what they need before they know it – your experience and intuition should be able to tell you whether they appear confident and engaged. If they don’t, you need some strong soft-skills to get them going. It’s actually not something that can be explained easily. Perhaps it’s part of the art of good producers – knowing what’s needed and being bold enogh to facilitate it. However, certainly if you are being paid for your services, you must take responsibility for setting the right mood, and eliciting a singer to get them fired up! Obviously, this carries some risks, and may not be advisable for those of us without his pedigree. But it’s something to consider – what can you do to make the conditions right for a great recording? 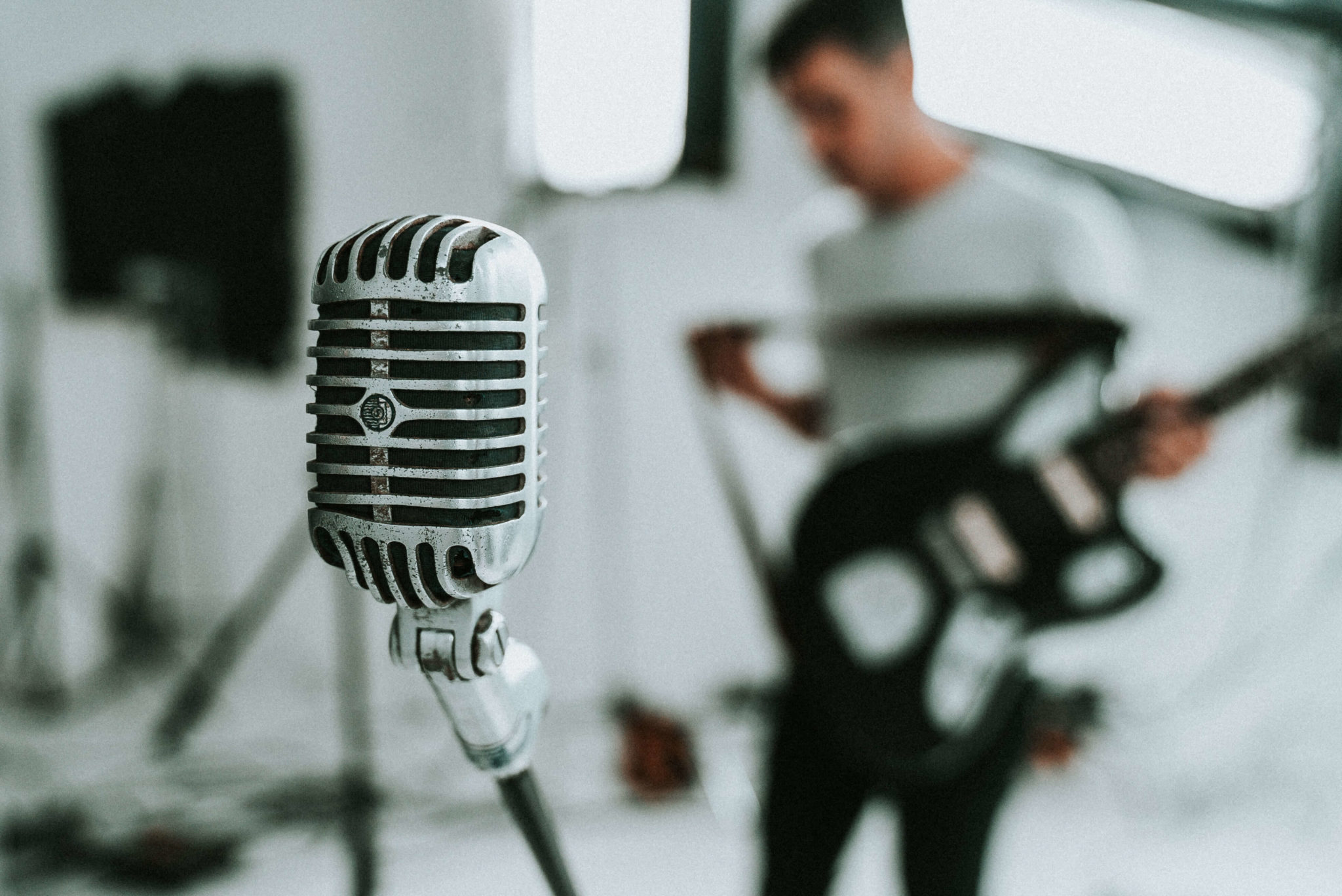 What are the ideal conditions for a great vocal?

There are a few things you need to get a good vocal recording, and a few that are probably desirable…

It’s also essential that the microphone is up to scratch. You can spend $20K on a mic, and it will sound amazing. But, there are $250 microphones that can do a really good job. So don’t despair if your budget is minimal. However, don’t be fooled that your live performance mic is going to capture enough detail. Particularly with beginners, it’s assumed that your Shure SM-58 – a brilliant, low-cost and popular mic for live use – is going to work in the studio. It simply won’t pick up enough detail or frequency range. Instead, you should have invested in a decent quality condenser mic, with a wide frequency response.

If you need some help finding one under $250, try this excellent list by PMT

It’s absolutely essential that vocals are recorded in a good sounding space, and 99% of the time that’s a ‘dead’ space. By dead, we mean reverb-free, as much as possible. This is actually an unnatural phenomenon, since natural reverb is present in almost everything, but we want to remove as much of that for vocal recording. This is because reverb introduces many different artefacts such as boominess, muddiness or simply reflecions. This makes it really hard to pull a good vocal, because there is so much work to be done to remove all those artefacts before you even start processing the vocal. Compression in post-production will compress the unwanted reverb, and that crispness we want to be working with will have been compromised.

The exception to the rule.

There are spaces that are far from dead, but can capture magnificent vocal recordings. These may have a super sweet natural ambience, that it doesn’t make sense to fight gainst. As such, many high-end studios have dedicated vocal chambers that are renowned for their beautiful character. But it’s not only high-end studios – these phenomena can crop up in daily life. For example, if the style of track suits it, you might want to consider recording in a church or cathedral type space. The recording will unavoidably have a particular character, which could make it spectacular.

Pro Tip: Use 2 mics if recording in live spaces

One for the vocal, and one positioned further back. The second mic is there to capture the naturally occuring room ambience. 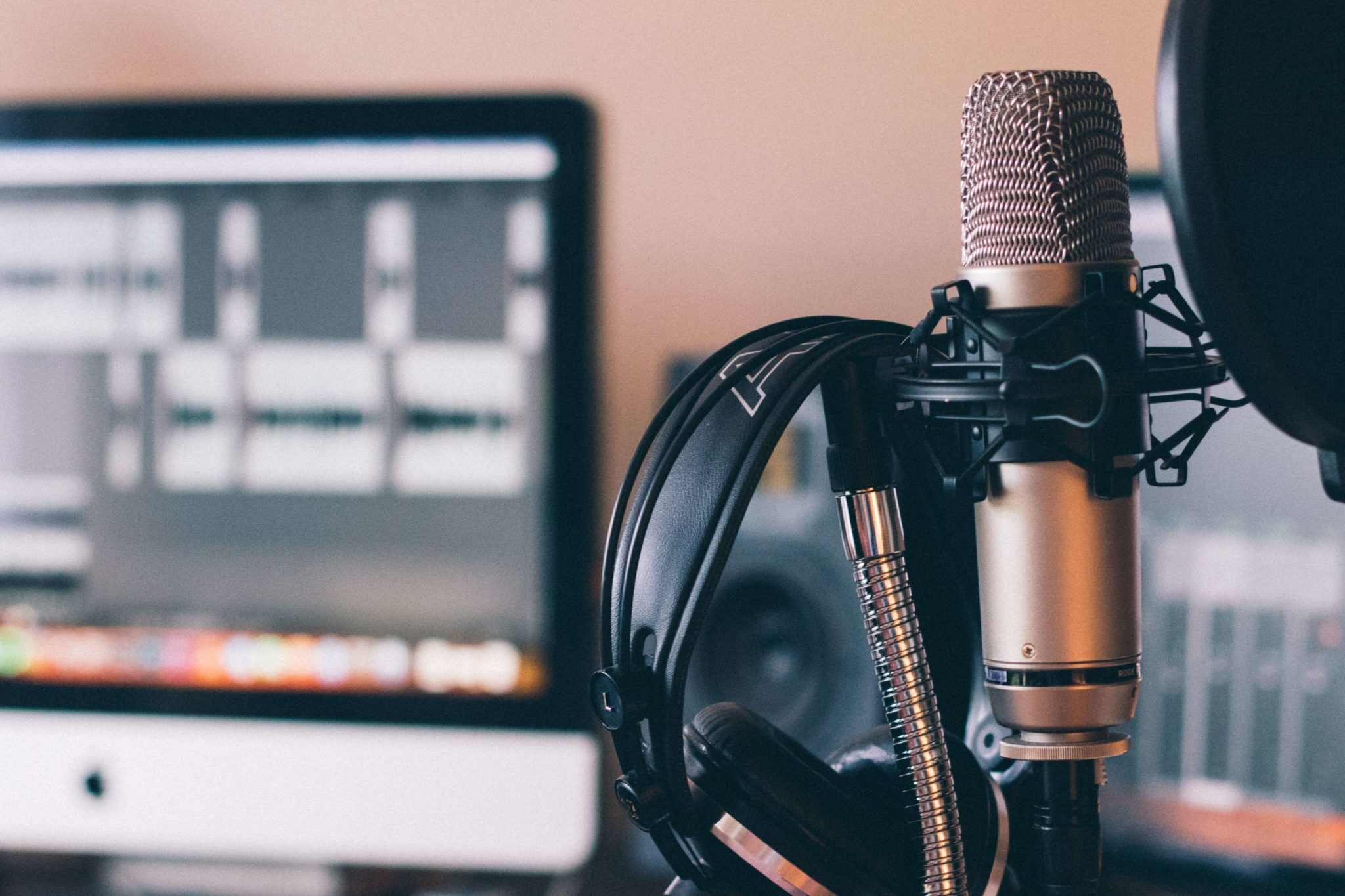 The vocalist and the producer need to be able to hear what is happening in extreme detail. As such, a decent method of monitoring for both is essential. For the producer, that’s probably going to be your studio monitors – not too complicated. But, for the vocalist, that means headphones. If you’re not using headphones, the backing track will be recorded along with the vocals, which is obviously bad. And if the headphones aren’t loud enough, or clear enough, the vocalist can’t hear themselves well enough to control their performance. Paul has some specific advice on monitoring. He says that. whatever the vocalist thinks they want, don’t give them a headphone feed swirling in reverb and delays. Sure, it might sound closer to the finished track in some ways, but the vocalist won’t be hearing enough detail. As such, they won;t be able to make subtle performance changes, that they might if they could really hear themselves.

Paul also suggests hard compression on the vocalist’s input channel. He wants his clients to hear every lip curl, breath, swallow… everything. Knowledge is power, and feeling really close to your own vocal performance can only help.

So what makes a great vocal?

At the risk of sounding facetious, you know when a vocal has hit the spot. A good vocal has character, believability, a tone that fits the music perfectly, and immediately resonates with the listener. But, you may not get one take which nails every section, so be prepared to cut and splice between takes until you create the perfect composite take. However, Paul advises not to allow too many takes to make final selection. You can quickly get lost trying to make a composite out of 27 slightly different recordings, which will cause unnecessary distractions for you, and often result in mistakes. Limit the bnumber of ‘final selection’ takes to 5 or 6 really good ones. If you haven’t got that many, keep recording until you do – or, if the client agrees, take a break or come back another day. Sometimes a break can do wonders.

The vocalist nailed it… but there’s headphone bleed. Then, a dog barked. Is the recording doomed?

Not at all! Paul, and many other professionals, allow a certain amount of acoustic ambience without overly fussing. Vocals are a captured human experience, and as such don’t need to be perfect in every way.

That said, if you’re working in Pop music, the expectations may be for immaculate, pristine vocals, so you might need to spend some additional time in post-production!

The vocalist sounded great, but their pitching wasn’t perfect…

Most producers these days will be familiar with the kind of post-production pitch correction plugins available. From Autotune to Melodyne, and even stock plugins in many DAWs, pitch correction is universally achievable. Embrace it! But, remember… your goal is for a great soundng vocal, not necessarily a pitch perfect one. If you’re sacrificing tone, character, or introducing unnatural artefacts chasing a perfect pitch, dial it back. Listeners are much more inclined to enjoy a characterful vocal that’s slightly out of tune than a clinical, robotic yet in-tune one. 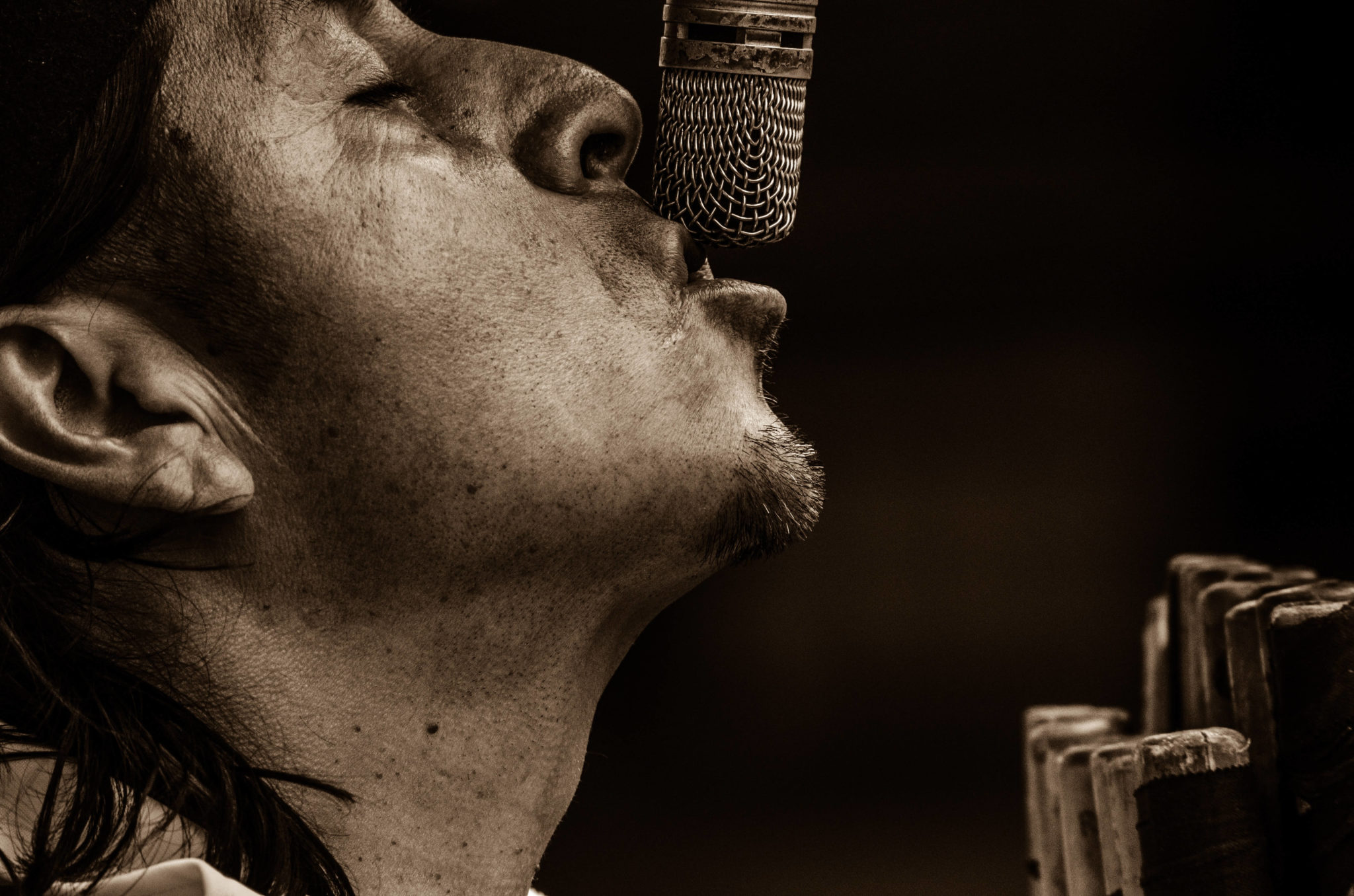 Now you have a few top quality vocal takes – what’s next?

Well, Paul advises you to leave the post-production until the next day. A long day in the studio is rarely the best perparation for great mixing, so be kind to yourself and get some rest.

Assuming you’re now well-rested, you’ll hear things tired easr might miss, and be generaly fresher for the task ahead.

Vocal mixing itself is broadly similar to mixing other acoustic instruments, but there’s more pressure as there is nowhere for a vocal to hide. In fact, a common request from labels is for the vocals to be louder than even the most seasned mix engineer might assume necessary… so if it’s loud, it had better be spot on!

For a general overview of mixing, including how to setup your insert channels, busses/groups and FX chains, check out our dedicated article on mixdowns here.

The power of processing.

In a vocal-specific focus, it can’t be overstated how importan compression, EQ and reverb is to your processing game.

This is an area where quality compressors can really shine, for example. They may color the sound in a really pleasant way, and/or have a particularly effective Attack/Release architecture that works beautifully. Likewise, a characterful analog EQ emulation or high quality reverb unit may add richness to the vocal in a way cheaper plugins just can’t. Your budget will play a part in your decisions here, and thankfully, DAWs such as Logic, Pro Tools Cubase and Ableton have exceptional offerings as standard. I don’t wish to command that anybody spends money on things, particularly as these decisions often come down to taste and genre. So, instead, I simply suggest you test out different compressors, EQ and Reverb types and units, and see what sounds best to you. 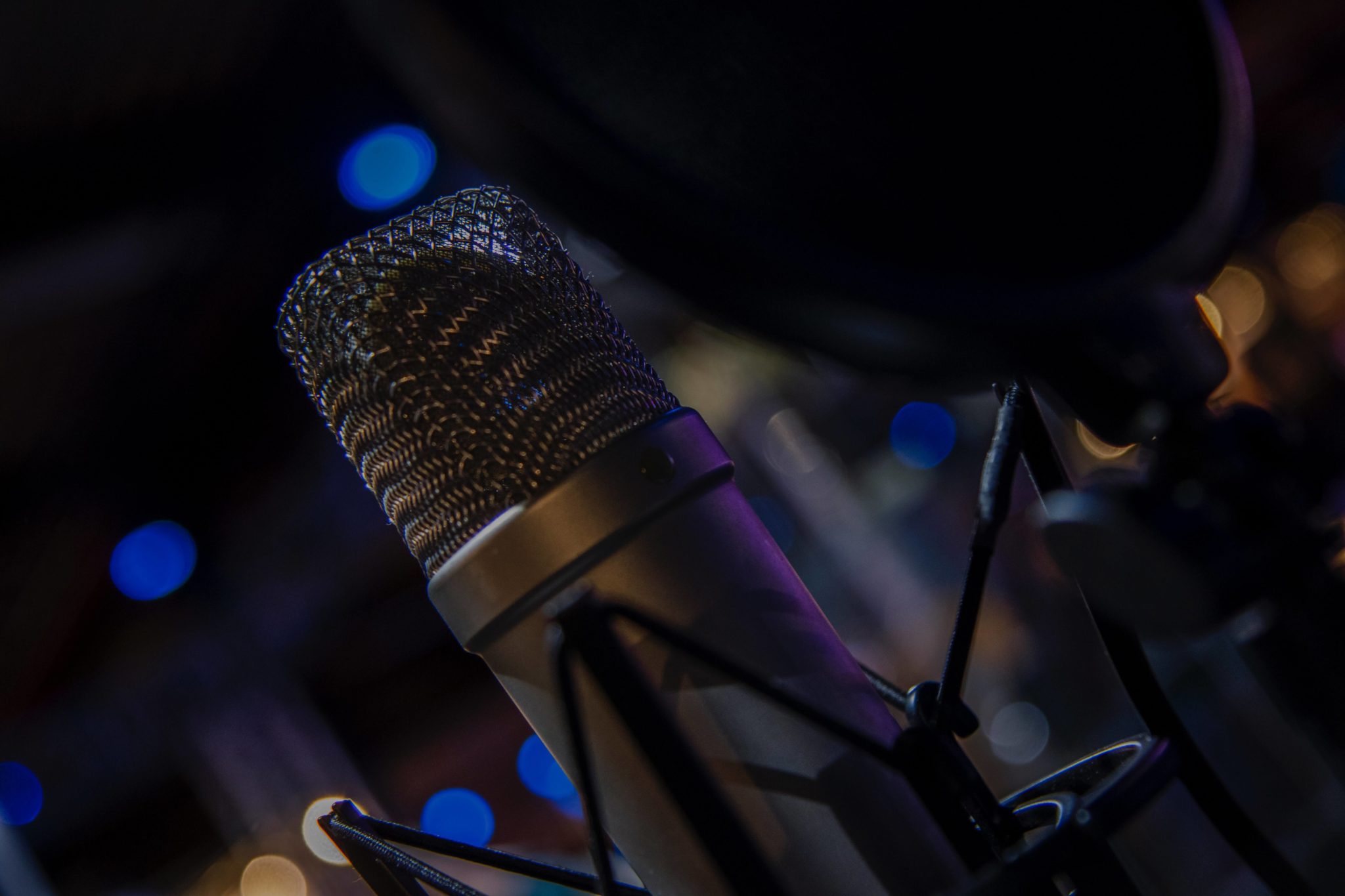