The chord of G Major 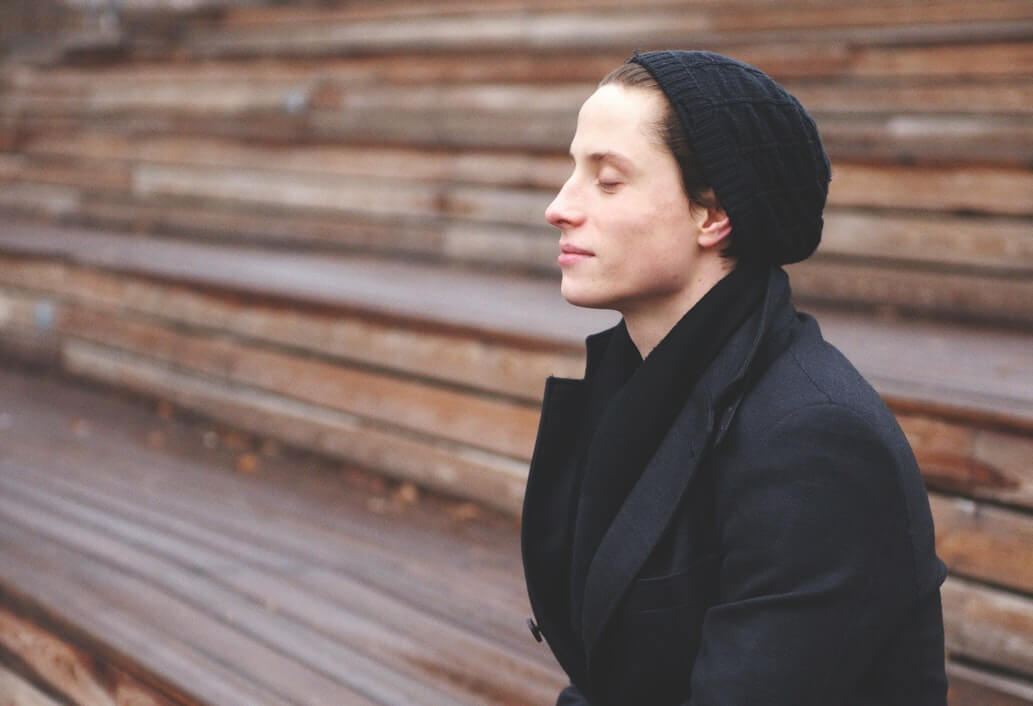 Chords have characteristics. Personalities, almost. Master composer Schubert even wrote a directory to explain this, in which he proclaimed G Major to be the sound of “everything rustic, idyllic and lyrical, every calm and satisfied passion, every tender gratitude for true friendship and faithful love – in a word every gentle and peaceful emotion of the heart is correctly expressed by this key.”

This description may be several hundred years old, but it can still be useful today. G Major is a nice and satisfying sounding chord, capable of invoking gentleness and calm. But don’t be fooled – it is an incredibly popular chord for uptempo dancefloor fillers, too!

Possibly due to its clean, dynamic sound, G Major is extremely versatile. It’s used in 44% of tracks analyzed in Hook Theory, and can be the root key for all kinds of tracks. From soppy ballads to tearout Drum ‘n Bass, Trap and all styles of Dance Music, G Minor has something to offer most songwriters.

Historically, G Major has been a common key for hymns and other religious songs, yet today it is the root key for some less-than-pious tracks such as Flosstradamus – Prison Riot! It is also the root of songs like Ed Sheeran – Hearts Don’t Break Around Here, Taylor Swift – Shake it Off and AC/DC – You Shook Me All Night Long. As versatile as G Major is for songwriters, rock bands and certain styles of Dance Music like Trap and Dubstep, it is distinctly less common in styles such as EDM, House, Drum n Bass and Disco, where the melodies tend to be deeper, more soulful and less ‘in your face’. 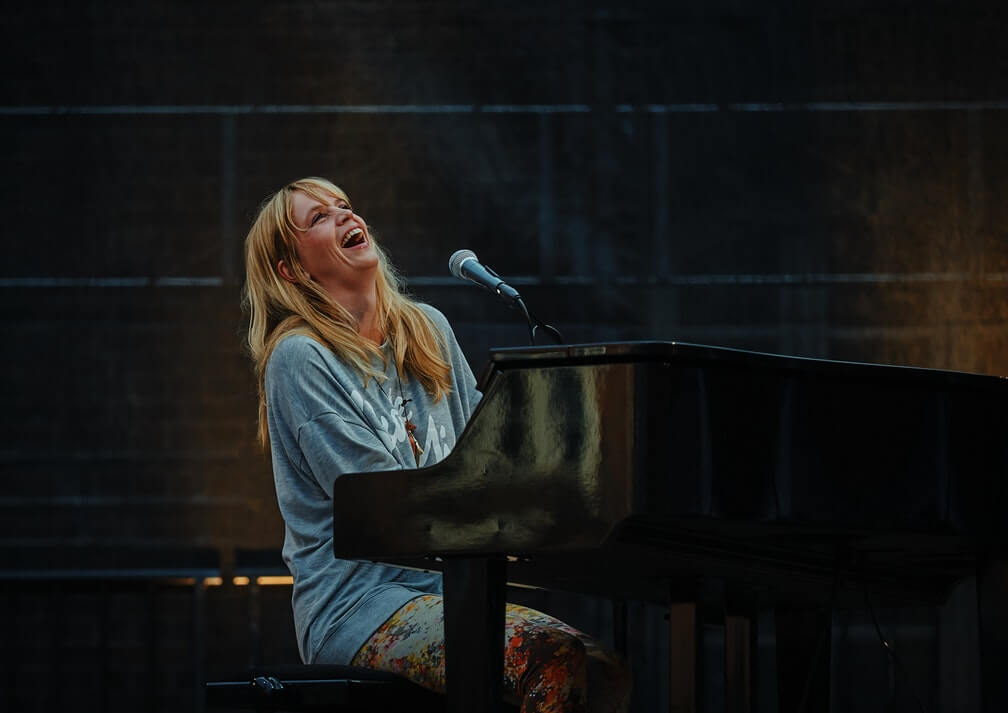 Let’s analyze G Major. Like all tonal chords, it’s generic form is a triad – or three notes played simultaneously – and it starts with it’s own root note, which is, of course, G. 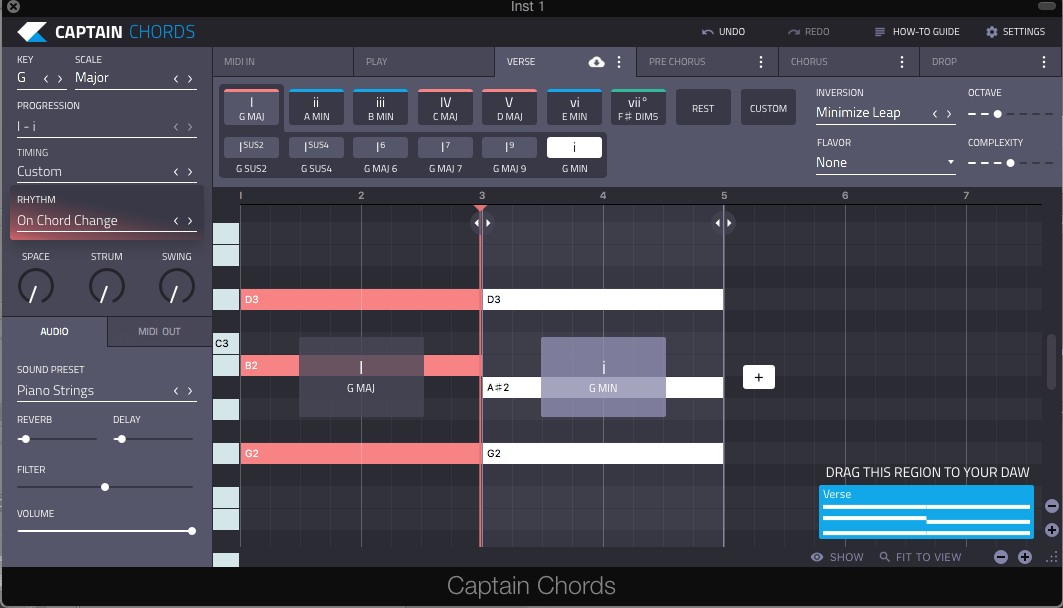 The chart shows us the simple difference between G Major and G Minor. It also tells us that G Major consists of three notes: G, B and D.

The outer ring has the Major chords, the inner ring has Minors. Look at the left of the wheel. 9B = G Major, and is positioned next to 9A = E Minor. These are ‘relative’ chords – very useful when writing chord progressions as you know they’ll sound ‘correct’ even when played on top of one another.

When playing G Major, you can change the way it’s played and play either of the triad notes at the bottom. Check out the video example below, where you can see and hear the difference between the three ways of playing the same chord. The sound is almost the same and the pitch is identical. These are sometimes referred to as inversions. 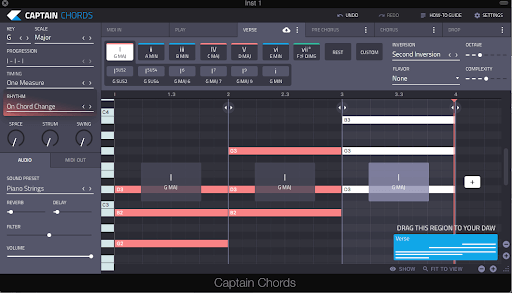 We can make G Major more complex and interesting by adding additional notes. It’s like adding spice to your chord – so be careful not to overdo it. 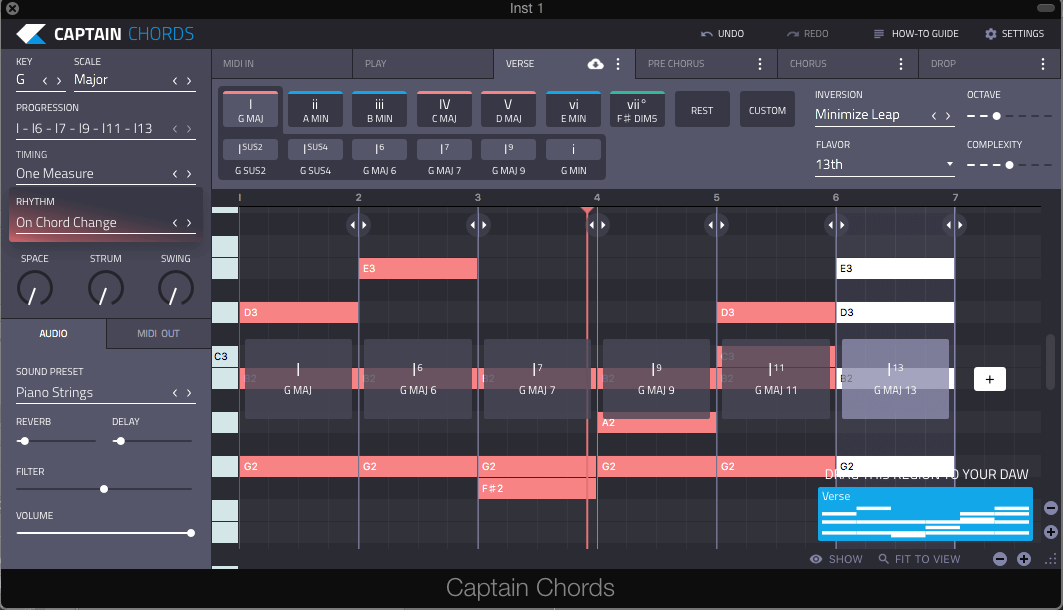 The diatonic scale of G Major