The chord of F Major 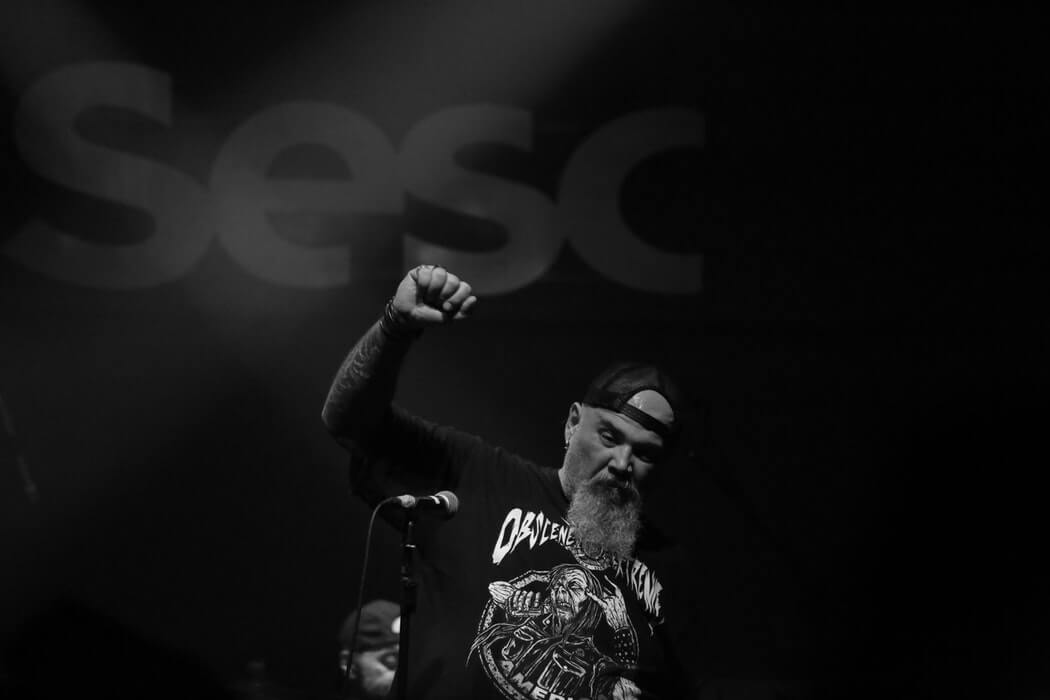 Go with the flow

Chords have characteristics. Personalities, almost. Master composer Schubert even wrote a directory to explain this, in which he proclaimed F Major to be full of “complaisance & calm” while another classical composer, Helmholtz, described the sound of F Major as “Peace, joy, light, passing regret, religious sentiment”.

These descriptions may be several hundred years old, but play F Major on the piano and you will surely notice its tranquil, contemplative sound.

F Major can be used in a broad range of genres and particularly suits music which is earnest, intense and delivered with conviction. It’s one of Taylor Swift’s most commonly used keys, and is great for ballads, rock songs, country and pop.

F is for Feelings

F Major is used in 44% of songs analyzed in Hook Theory, such as Jessie J – Price Tag, Red Hot Chilli Peppers’ By The Way and Aerosmith’s classic tune Cryin’. These tracks are all eithr impassioned and earnest or tranquil, reflective and emotive – or all these emotions at once! 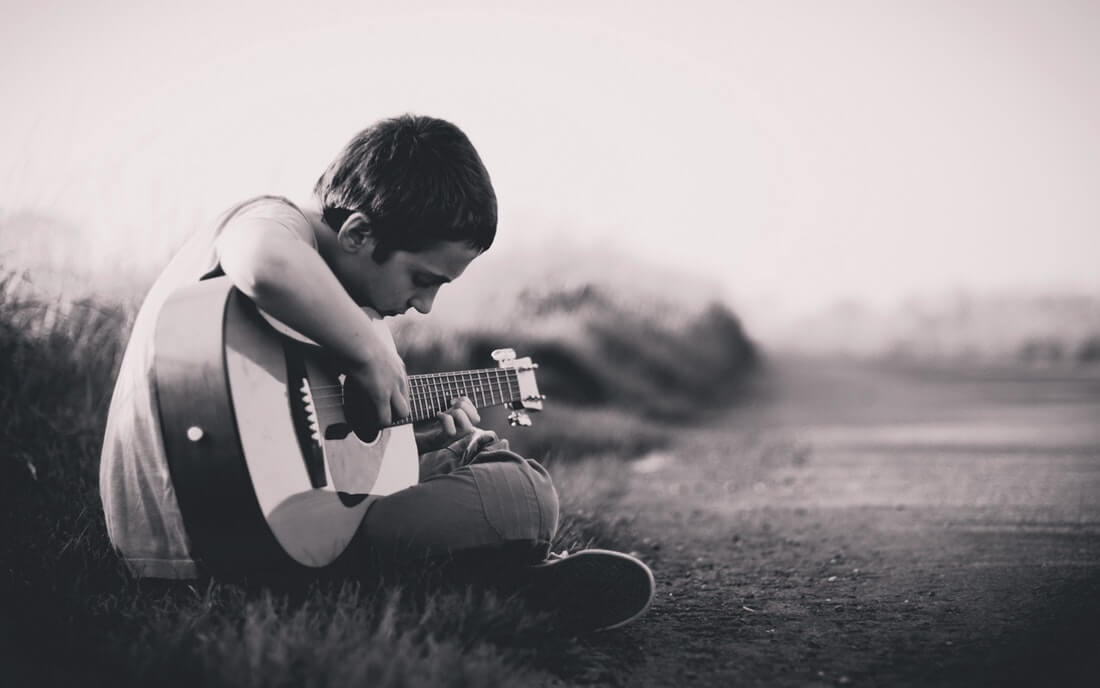 Let’s analyze F Major. Like all tonal chords, it’s generic form is a triad – or three notes played simultaneously – and it starts with it’s own root note, which is, of course, F. 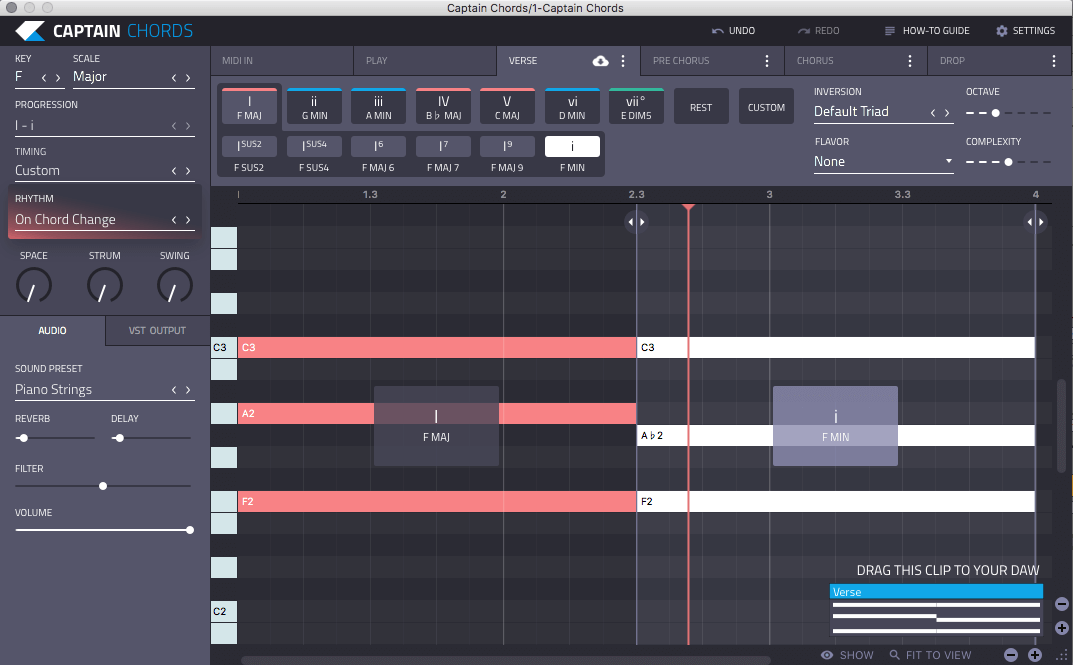 The chart shows us the simple difference between F Major and F Minor. It also tells us that F Major consists of three notes: F, A and C.

The outer ring has the Major chords, the inner ring has Minors. Look at the lower left side of the wheel. 7B = F Major, and is positioned next to 7A = D Minor. These are ‘relative’ chords – very useful when writing chord progressions as you know they’ll sound ‘correct’ even when played on top of one another.

When playing F Major, you can change the way it’s played and play either of the triad notes at the bottom. Check out the video example below, where you can see and hear the difference between the three ways of playing the same chord. The sound is almost the same and the pitch is identical. These are sometimes referred to as inversions. 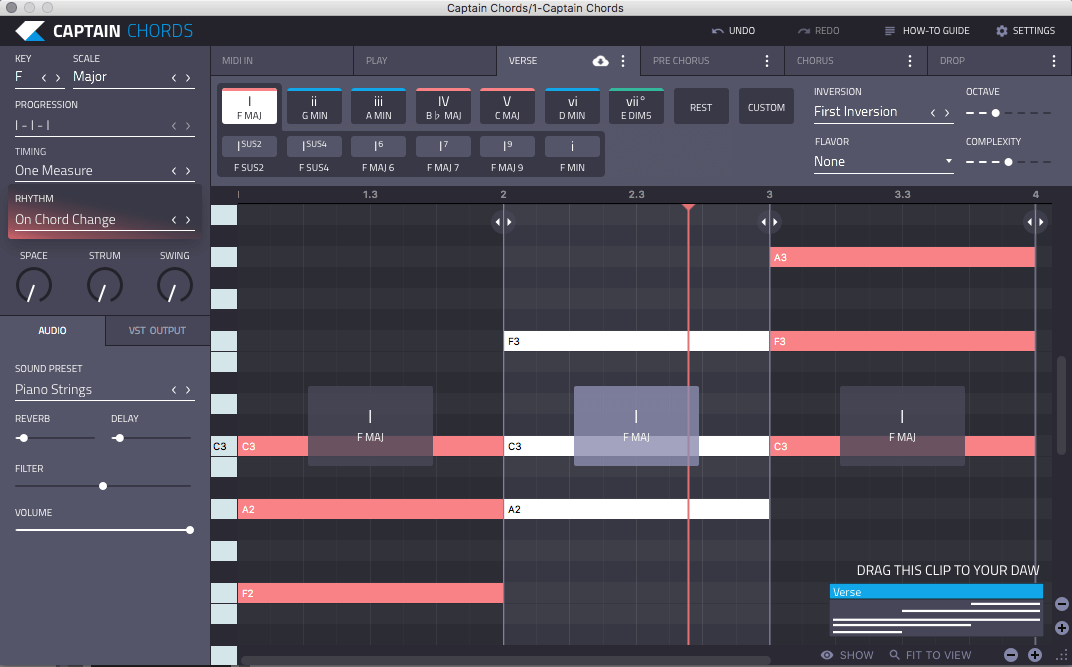 We can make F Major more complex and interesting by adding additional notes. It’s like adding spice to your chord – so be careful not to overdo it. 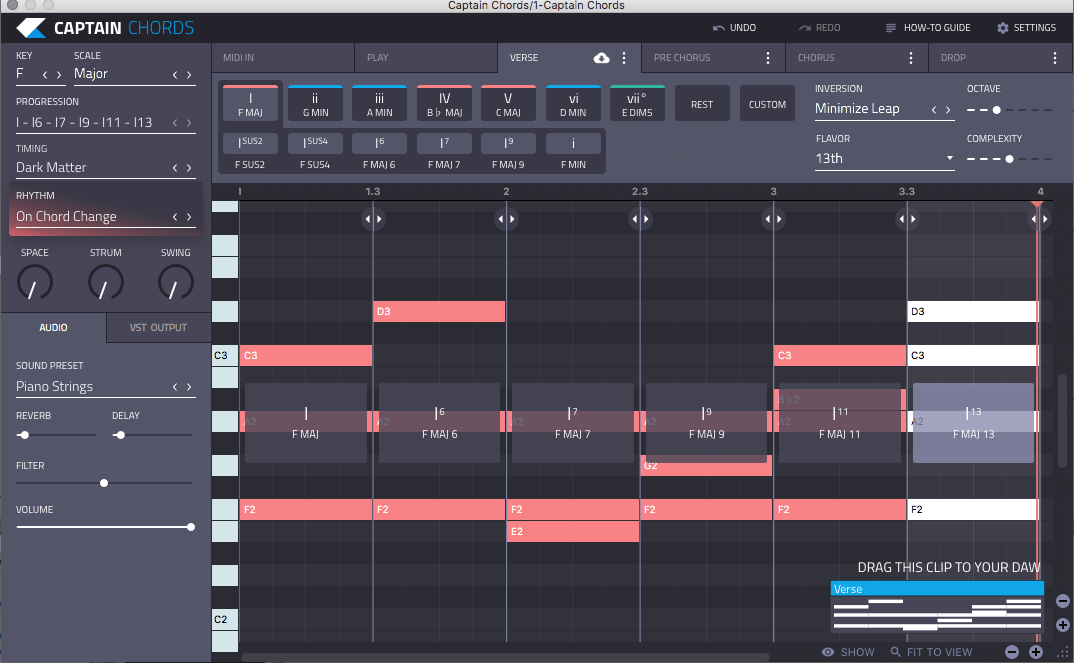 The diatonic scale of F Major