How to make RnB/Hip Hop with Captain Plugins 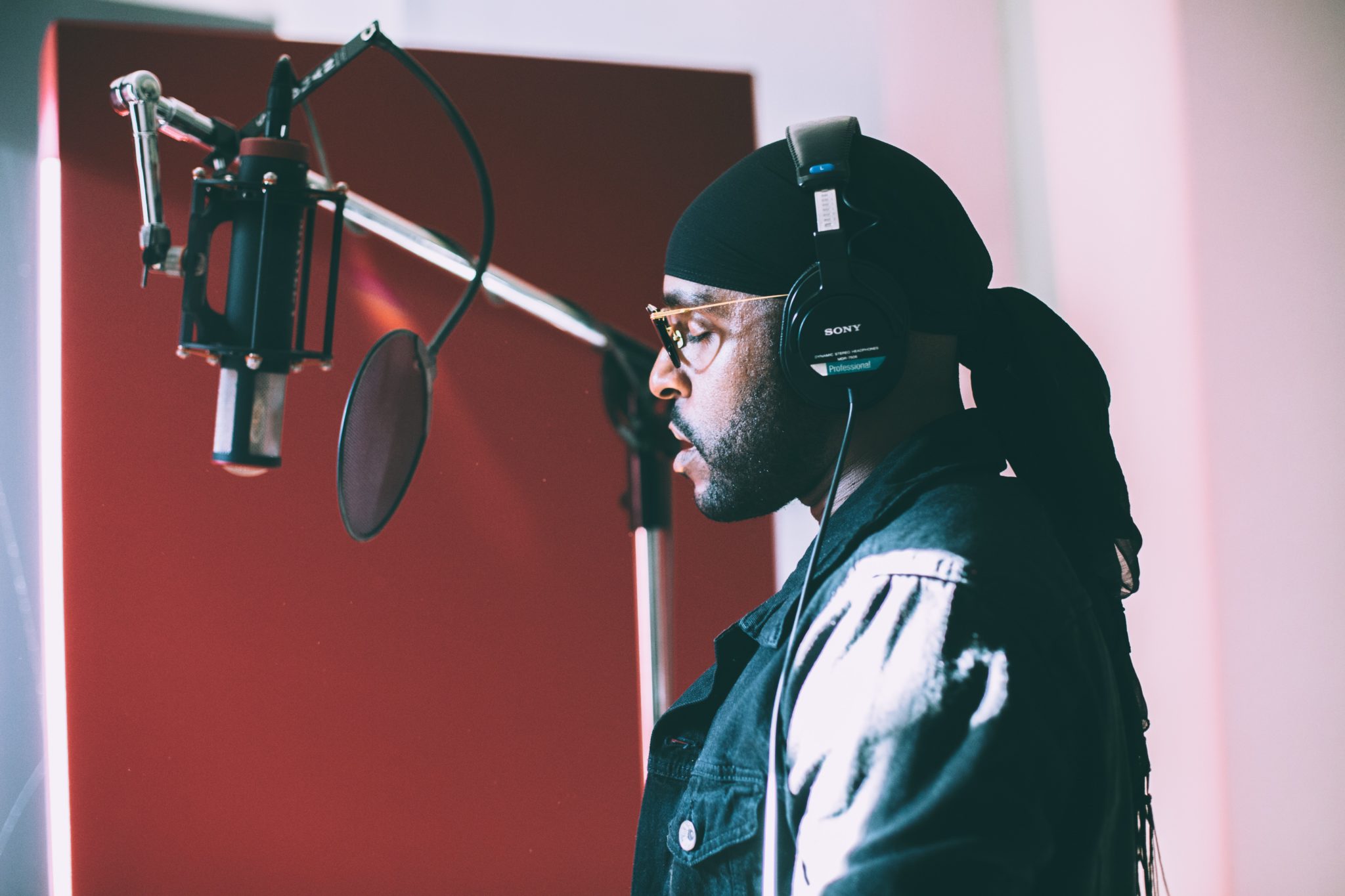 I can almost hear what you’re thinking – RnB and Hip Hop are two completely different genres. That’s true, but many popular songs have pulled influences from both genres with lots of success.

I thought it would be cool to create a tutorial about making this hybrid genre; Captain Plugins is the perfect tool to allow me to create the various parts required. 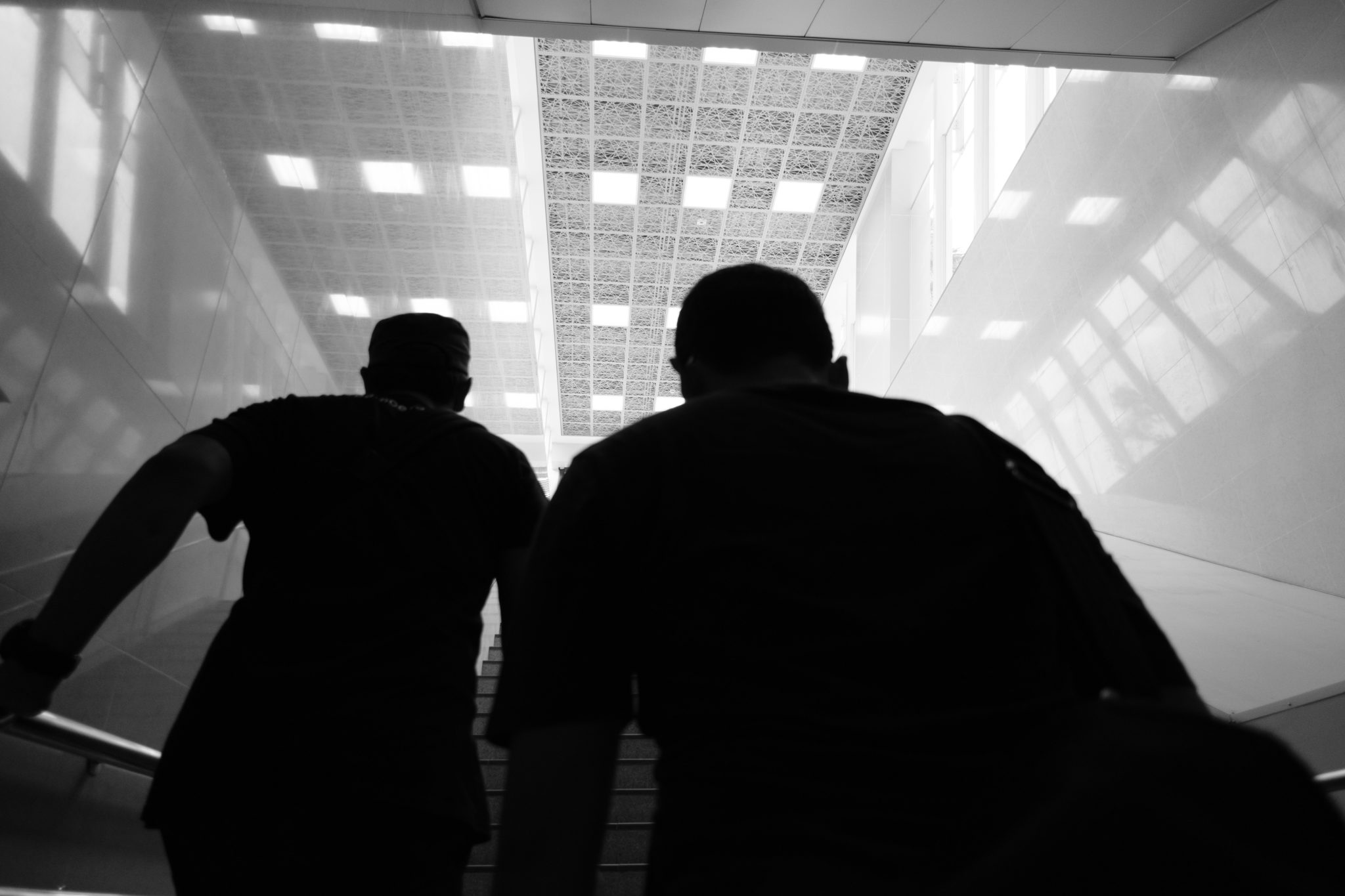 The path to creating this type of music is extremely important. This is mainly due to the fact it’s vocal-heavy compared to other music, which might only have small vocal samples rather than lyrics from start to finish.

With any traditional song, my belief is that writing lyrics, or at least a top-line, to match a harmony is the best place to start.

That might be singing, or rapping, along to some piano or guitar chords. For RnB, I feel the piano is the better choice. This might be because the timbre of the piano is more suited, but that’s just my opinion.

The aforementioned technique is probably the best way to start writing an RnB/Hip Hop song. However, not everyone is a vocalist, can play the piano and has access to the equipment required to record vocals.

For this tutorial, I’ll be using a sample pack containing various RnB vocal phrases. They are recorded by one male vocalist, all in the same key, E minor, and with a tempo of 105 BPM.

Since I have the vocals locked down and arranged, the next step is to write some interesting chords to harmonize the vocals.

I called up an instance of Captain Chords then loaded my favourite piano preset, Dub Piano, and started to think about which chords might work in this style.

I felt that using standard triad chords was not going to give the vibe that works well with RnB. So, for whatever chord progression I would come up with, my plan was to modify some of the chords with chord extensions to add some flavour.

After some auditioning using the Captain Play tab, I decided on the progression Em, Am, Bm, Em or i, iv, v, i – Minor one, minor four, etc…

This was arranged with the timing allowing the first two chords to play for a bar each. The 3rd chord (Bm) would become a passing chord, which would then lead into the final chord lasting just under two bars in duration.

Now that I had the basic chord progression locked-down, I could experiment with different extensions and voicings until I was happy with the result and it complimented the vocals. 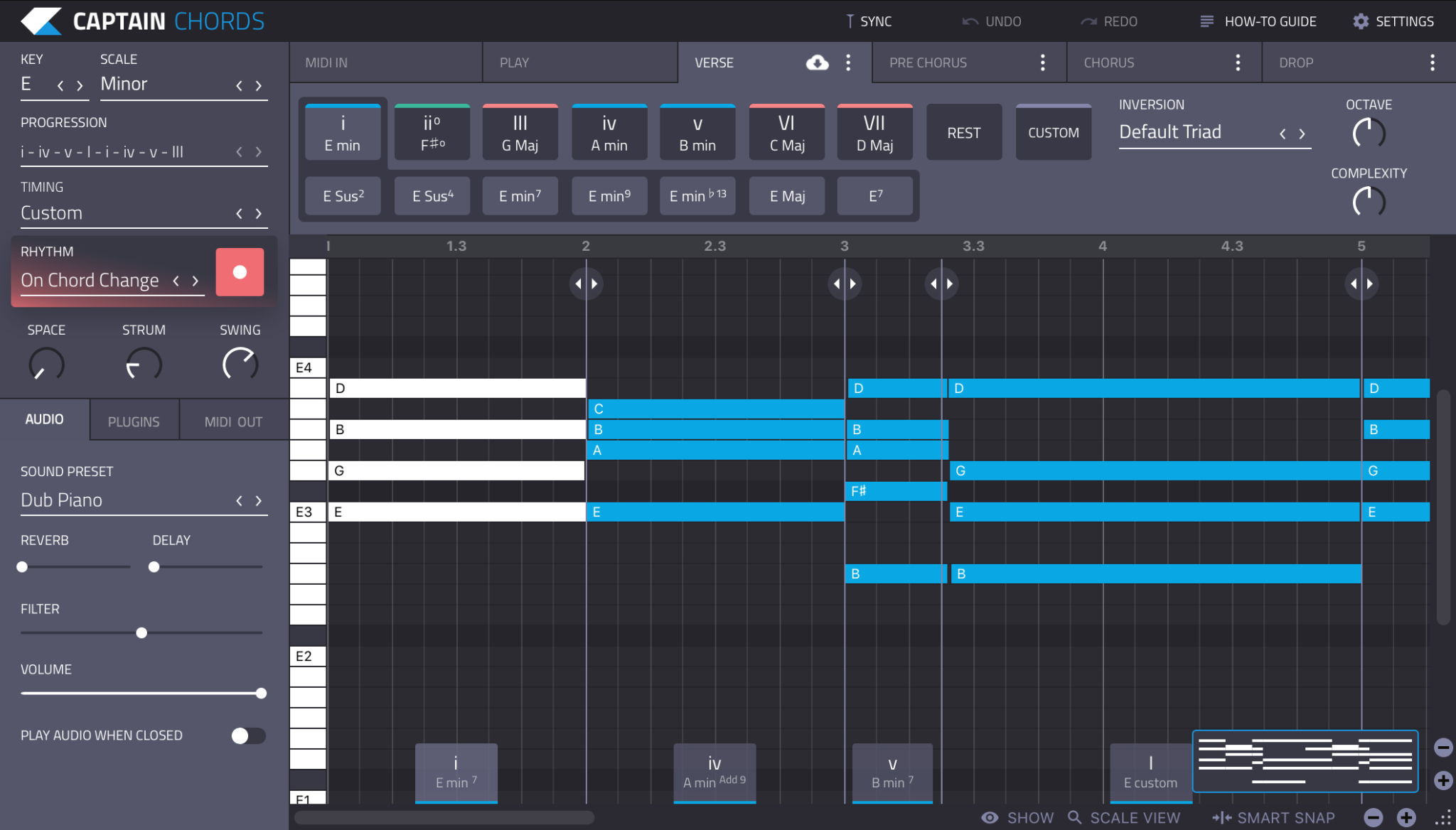 I opted for a combination of 7th and 9th extensions which were easily accessed from the row of Magic Buttons in Captain Chords.

After referencing a few example tracks, I noticed that the drums were a fairly straightforward, uncomplicated affair for this genre. Noticeably, the Lo-Fi Hip Hop vibe is very in-vogue.

With that in mind, I opened an instance of Captain Beat, chose a Dub style kit and programmed in a simple pattern. The pattern was basic, consisting of only a kick drum, acoustic snare, closed hat and tambourine. 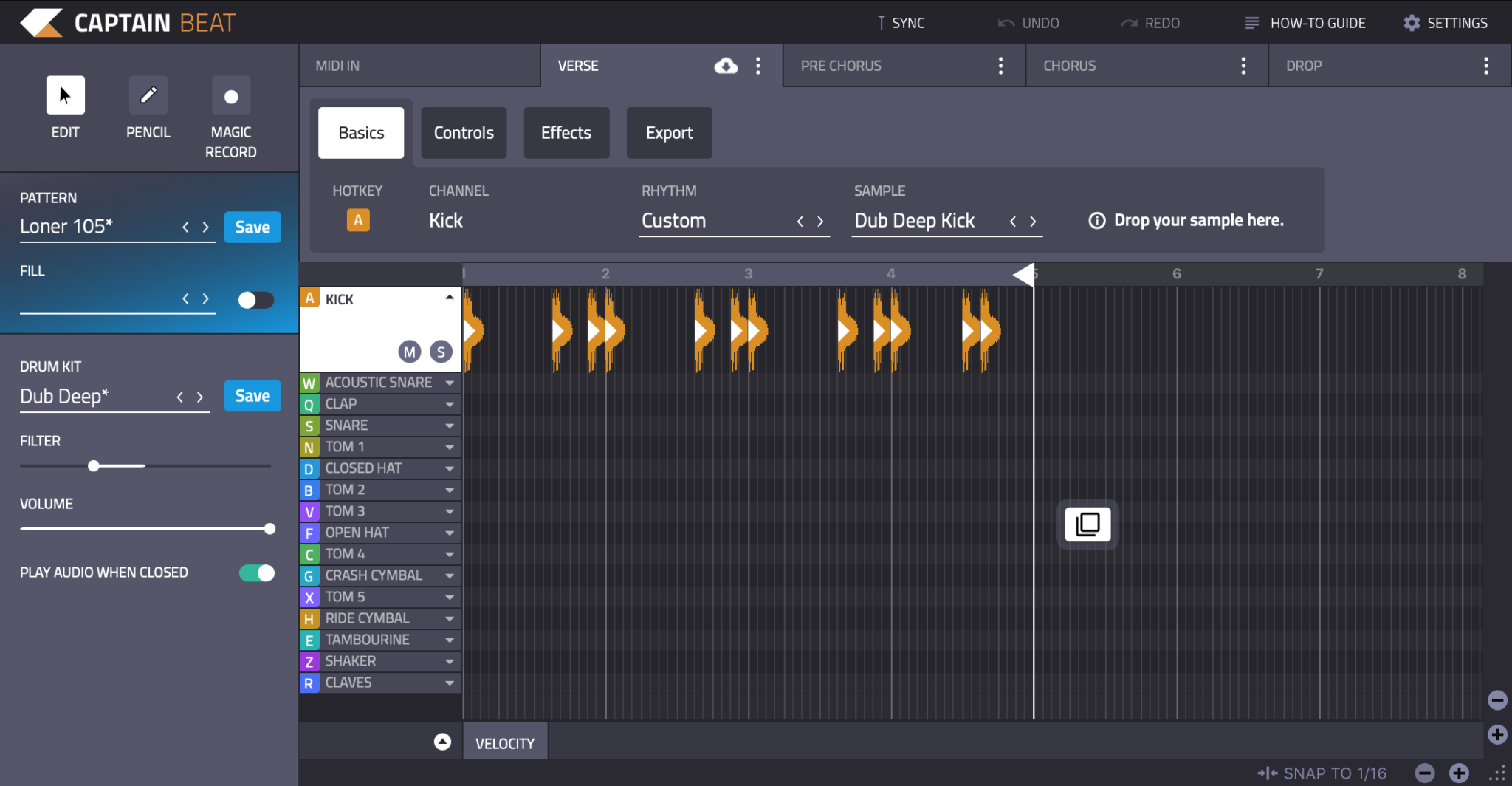 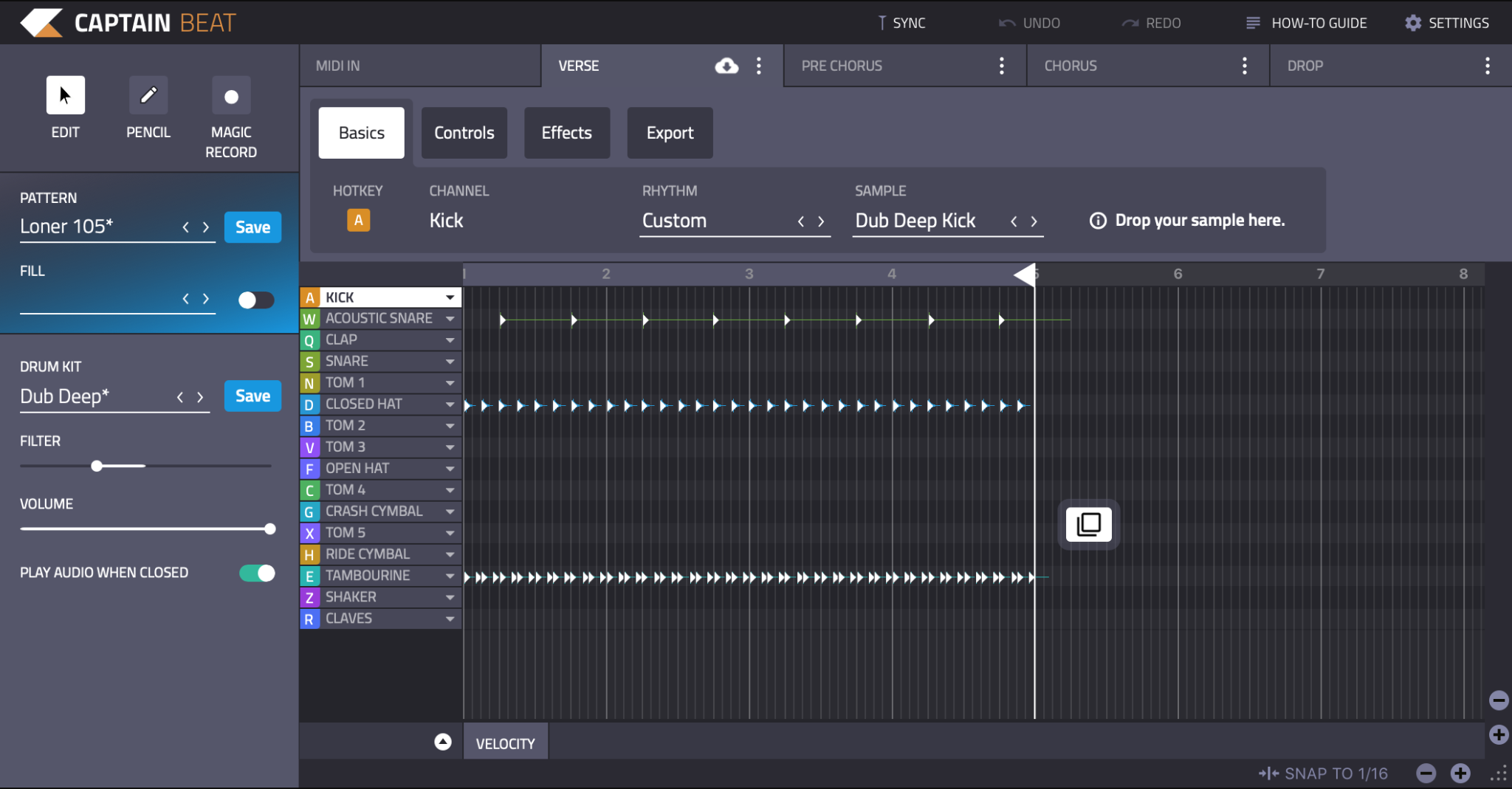 With a little help from Mixed In Key Studio Edition, I tuned the kick drum and snare to the E notes to ensure they gelled with the rest of the instruments.

In RnB and Hip Hop, basslines tend to me more of the sub-frequency variety. Especially when the basslines are compared to what you might find in Dance or Rock music – which tend to be more pronounced.

Captain Deep has the perfect preset for this, unsurprisingly it’s called ‘Sub Bass’.

Because Captain Deep connects to Captain Chords, all that I had to do was press connect in Captain Deep, choose the setting ‘Follow the chords’ and then choose a note length.

To achieve that lovely drawn-out sub-bass feel, that makes your insides shake when in a nightclub, I chose long legato notes and a simple note-per-measure setting in Captain Deep. 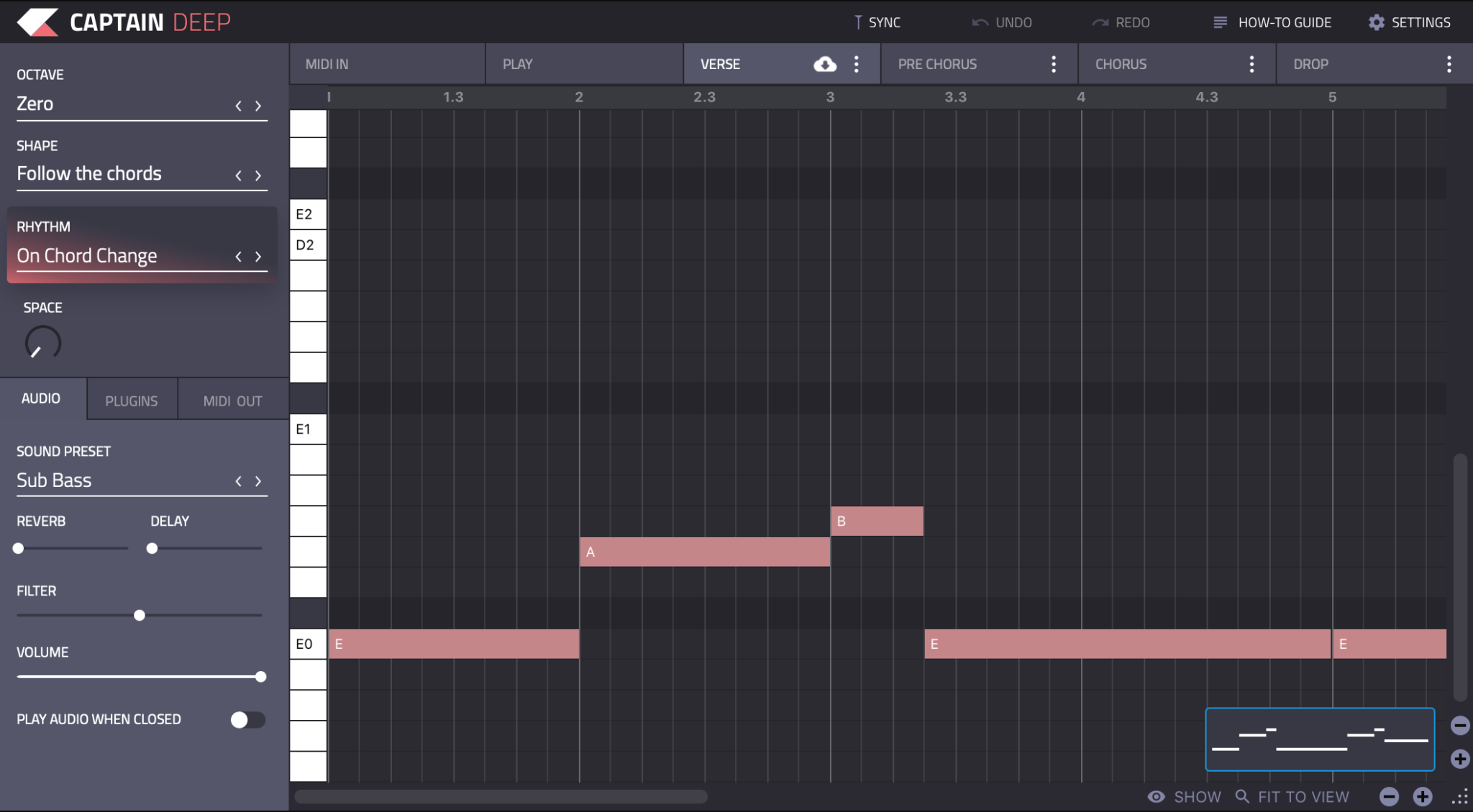 Finally, to ensure the kick-drum was still audible through all this sub bass, I set up a sidechain compressor on the bassline. This means that when the kick-drum sounds, the sub-bass is attenuated.

A simple but powerful mixing technique!

Figuring out a melody to compliment the chords and vocals was proving to be a little tricky.

It has to be said, that even with the best tools, it can still be a challenge to find something that really works and helps to take a song to the next level.

I’m not someone for spending huge amounts of time on one aspect of a song. As such, I decided to employ a simple, but effective, trick.

Using Logic’s Flex Pitch feature, I was able to convert the chorus vocal section to MIDI notes. It wasn’t perfect, but it was close enough to be used as a melody to complement the existing instruments.

Using Captain Melody’s MIDI import feature, I was able to import this melody and then use the MIDI editing feature along with the coloured note tensions to edit to perfection. 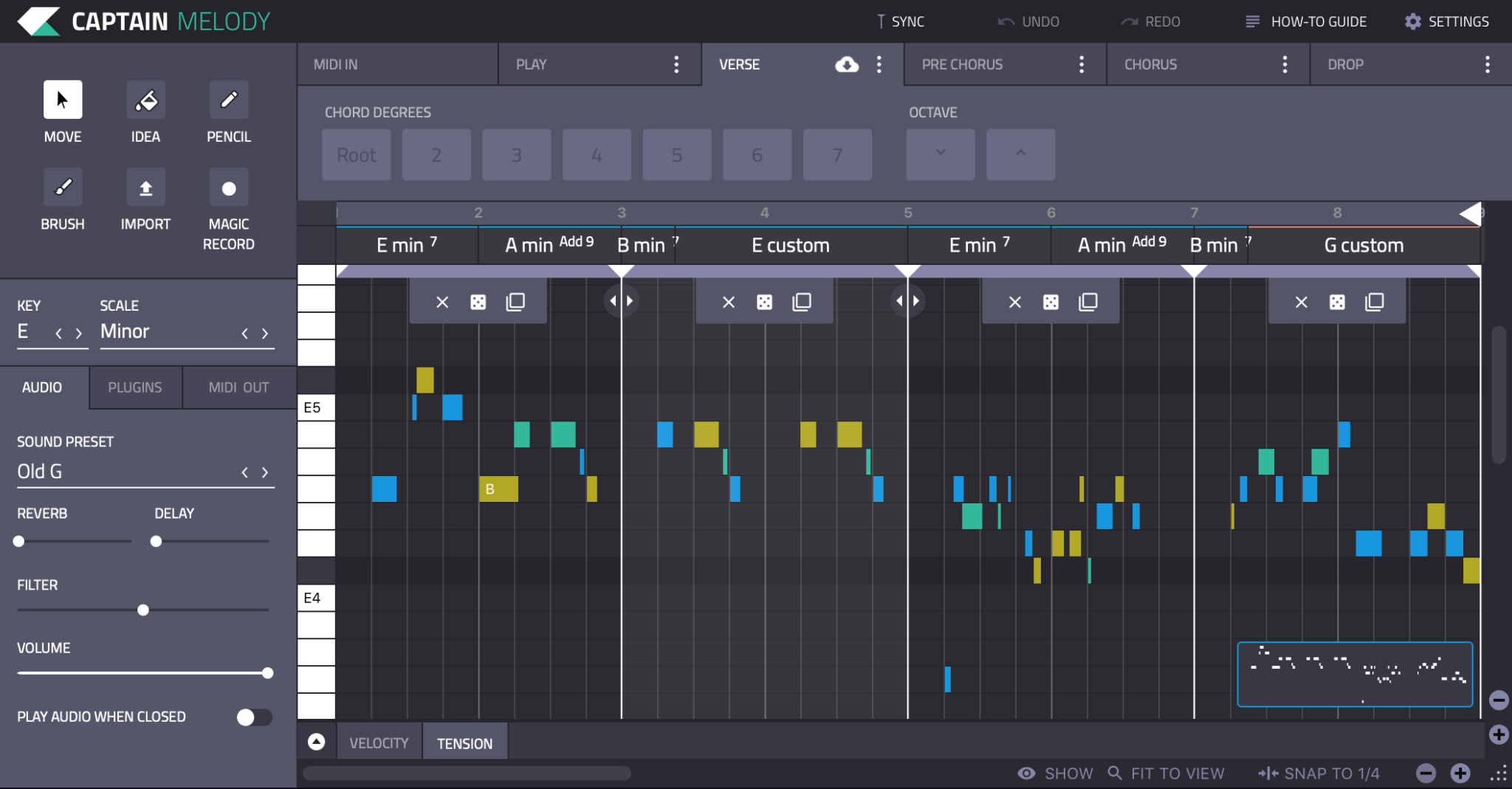 The result is not a counter melody, but it provides a nice additional melodic layer to the song which I’ll use as a bridge between the verse and chorus and to add some interest.

It’s advisable to check the tuning of some of the drum instruments, to ensure the drums gel nicely with the music loop – in this instance the kick and snare drums. These often have a definite pitch, so we can use Mixed In Key Studio Edition and the ‘Pitch’ knob in Captain Beat to tune them to the root note of the scale, ‘E’.

It’s advisable to have something similar to the vocal melody to support the verse sections; especially as the aforementioned melody is supporting the chorus section. If we didn’t, the track might feel a little melodically empty in the verse sections.

The vocal verses tend to have less melodic leaps and steps in pitch; a simple trick is to create an arpeggio playing only the notes from the tonic chord, E minor.

Using Captain Melody’s brush tool, I create a line of 1/8th notes across one measure. Then, by using the scale degree buttons I create an arpeggio of 4 notes which would include E, E ( one octave up) and then the 3rd and 5th scale degree notes.

This arpeggio would play during the verse section repeated and mixed quite far back using lots of reverb and a low volume balance. 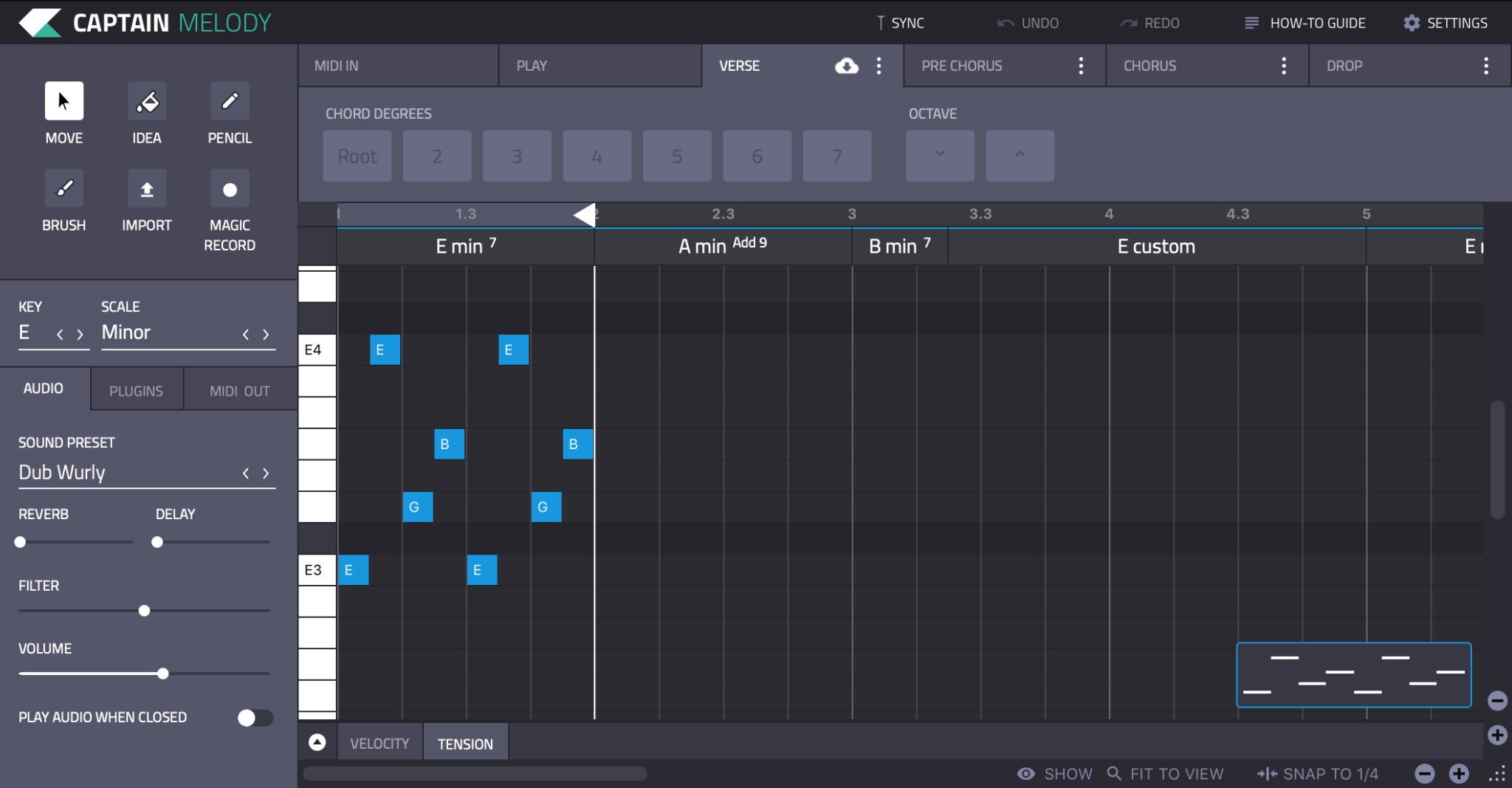 Generally, I prefer to mix whilst producing. I find this easier than trying to balance and EQ all the parts at the end of the production process.

That said, I usually do a fair amount of tweaking at the end. This helps to ensure a clean and balanced mix. There wasn’t a huge amount of mixing involved in this project. This was mainly due to the small number of instrument tracks used.

I used some simple high-pass EQ to remove unwanted bass frequencies and muddiness from most instruments other than the kick and sub-bass; plus a little compression on certain instruments, such as the vocals, to keep some stray transients in check and help to keep the mix gelled.

In terms of time-effects, such as reverb. I used a single send type reverb and applied various amounts of send from each instrument to help place the instrument either forward or towards the back of the mix.

I hope this tutorial helps you to go write your own RnB/Hip Hop. I also created a video version of the tutorial which inevitably goes into more detail. It’ll be published shortly, so watch this space!

You can check it out here.