The Chord of B Flat Minor

An overview of a most stylish chord. Find out different ways to play it, what styles of music best suit it and what notes are in its diatonic scale. 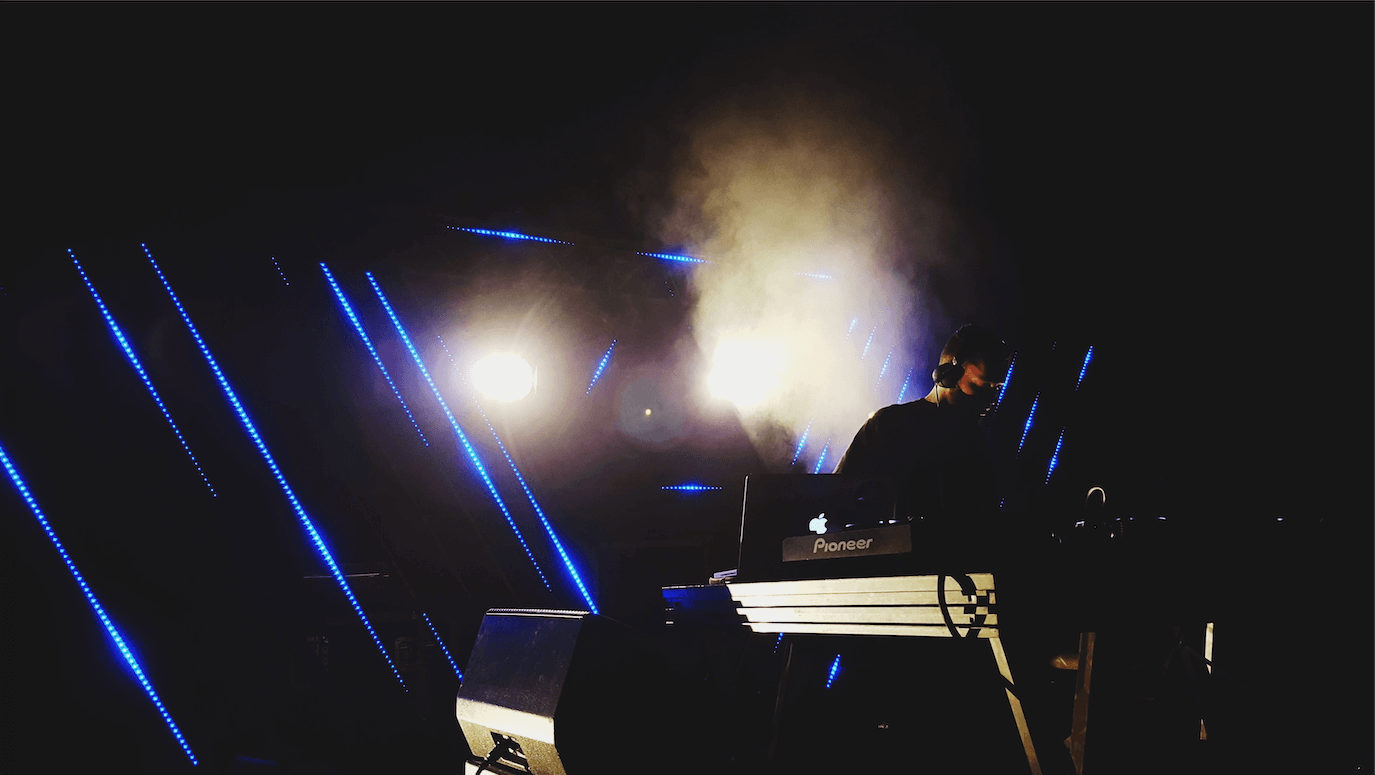 Chords have characteristics. Personalities, almost. The composer Schubert wrote a book about this, in which he characterized B Flat Major as ”A quaint creature, often dressed in the garment of night. It is somewhat surly and very seldom takes on a pleasant countenance. Mocking God and the world; discontented with itself and with everything; preparation for suicide sounds in this key.” Can a chord really be suicide-inducing? Let’s find out!

Try playing B Flat Minor on your keyboard or guitar. What do you hear? Does it sound happy or sad? Care-free or troubled? Most people would surely agree B Flat Minor has a most melancholy tone, when played on it’s own. However, it can still be used in uplifting music as human nature is ofen drawn to bittersweet flavors. 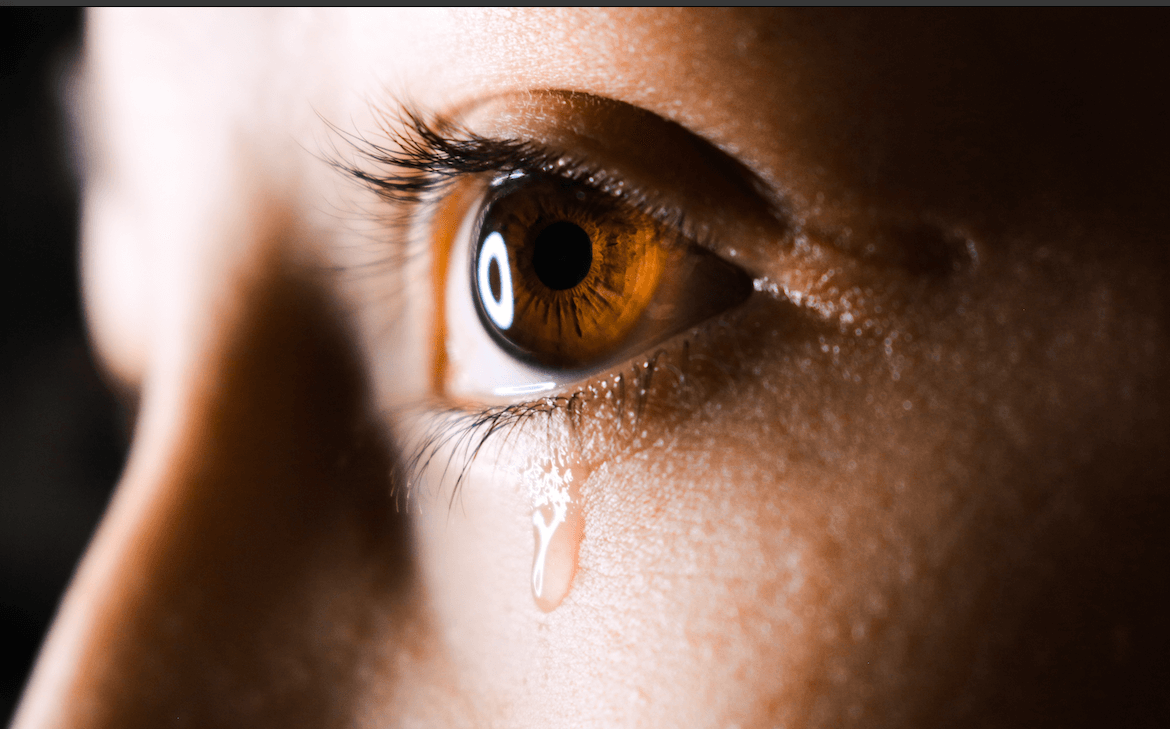 The chord of sad-face?

What a difference a note makes. While B Flat Major is heralded as a super-cheerful chord, altering the third note of the triad by half a note to B Flat Minor makes the most profound change in tone. But don’t be fooled – while it makes a perfect root key for funeral dirges, it can be used in uplifting music to great effect with the right choice of complementary chords. Songs like Shalamar – Night To Remember, and Avicii Ft Sebastien Drums – Even show B Flat Minor at it’s most party-friendly, while tracks like indie-rap classic Atmosphere – Between The Lines and club classic Faithless – God is a DJ provide great examples of the different ways B Flat Minor can be hauntingly euphoric.
Such a sombre chord on it’s own, yet one that can tap into the soul and elicit disparate and powerful emotional responses. There’s almost no genre that B Flat Minor isn’t useful for.

Let’s analyze B Flat Minor. Like all tonal chords, it’s generic form is a triad – or three notes played simultaneously – and it starts with it’s own root note, which is, of course, B Flat. 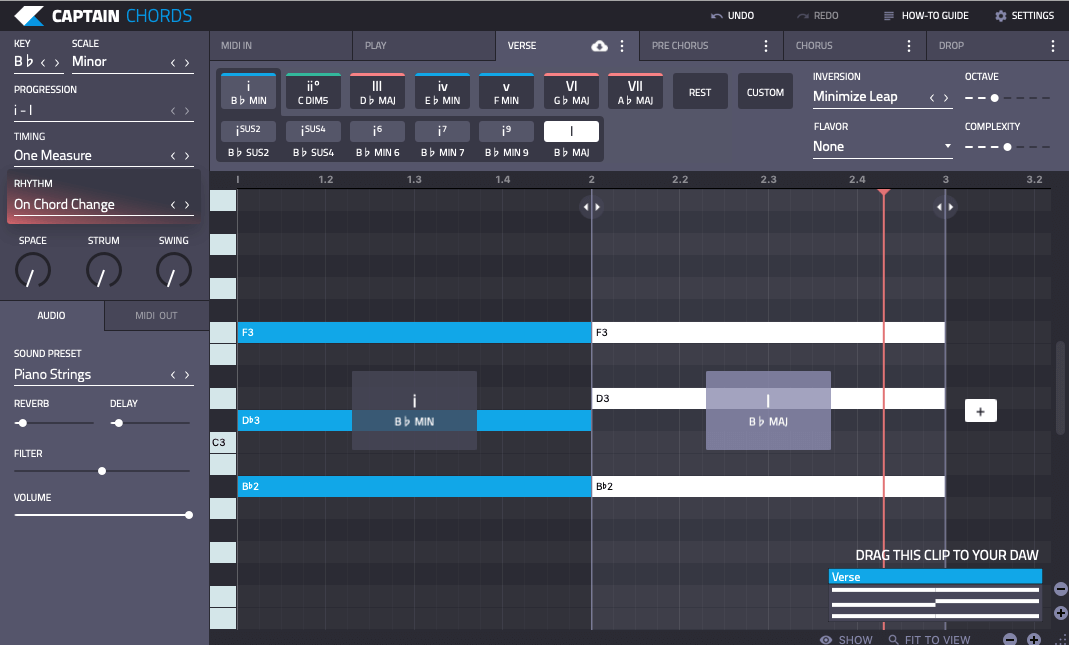 The chart shows us the simple difference between the B Flat Minor and B Flat Major chord. It also tells us that B Flat Minor consists of three notes: B Flat, D Flat and F.

The outer ring has the Major chords, the inner ring has Minors. Look at the top left of the wheel. 3A = B Flat Minor, and is positioned next to 3B = D Flat Major. These are ‘relative’ chords – very useful when writing chord progressions as you know they’ll sound ‘correct’ even when played on top of one another.

When playing B Flat Minor, you can change the way it’s played and play either of the triad notes at the bottom. Check out the video example below, where you can see and hear the difference between the three ways of playing the same chord. The sound is almost the same and the pitch is identical. These are sometimes referred to as inversions.

Check out how B Flat Minor’s inversions sound below: 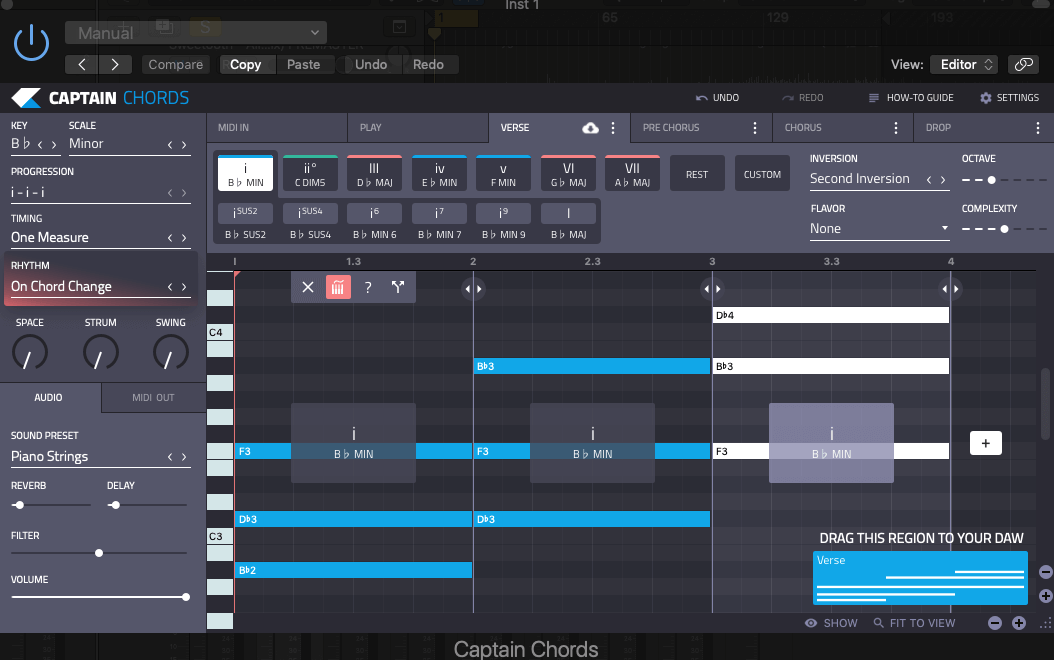 We can make B Flat Major more complex and interesting by adding additional notes. It’s like adding spice to your chord – so be careful not to overdo it.

The diatonic scale of B Flat Major 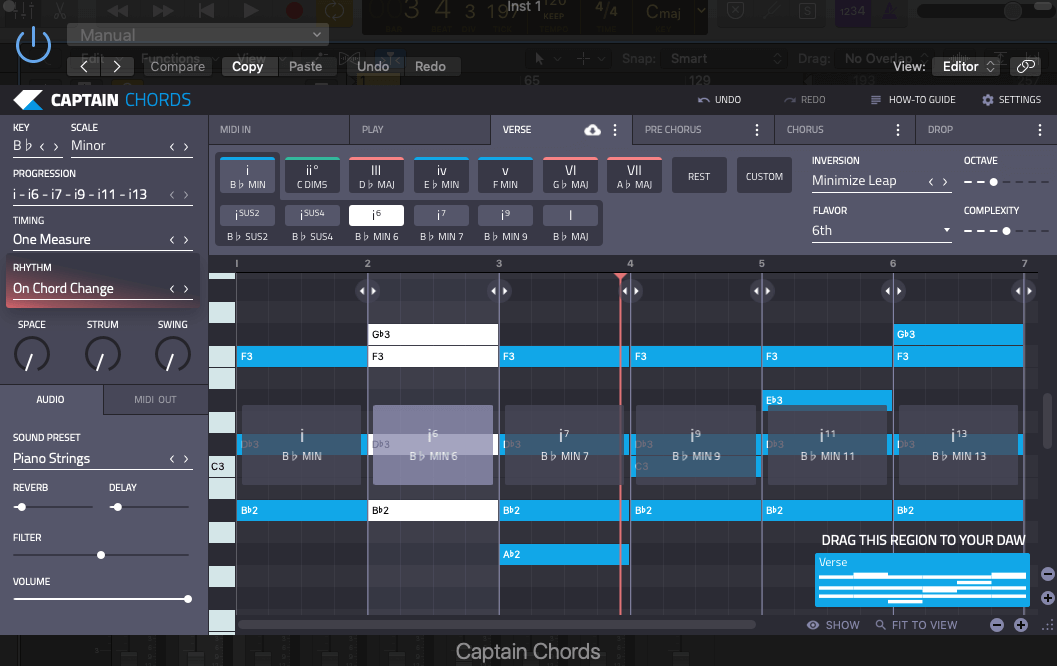 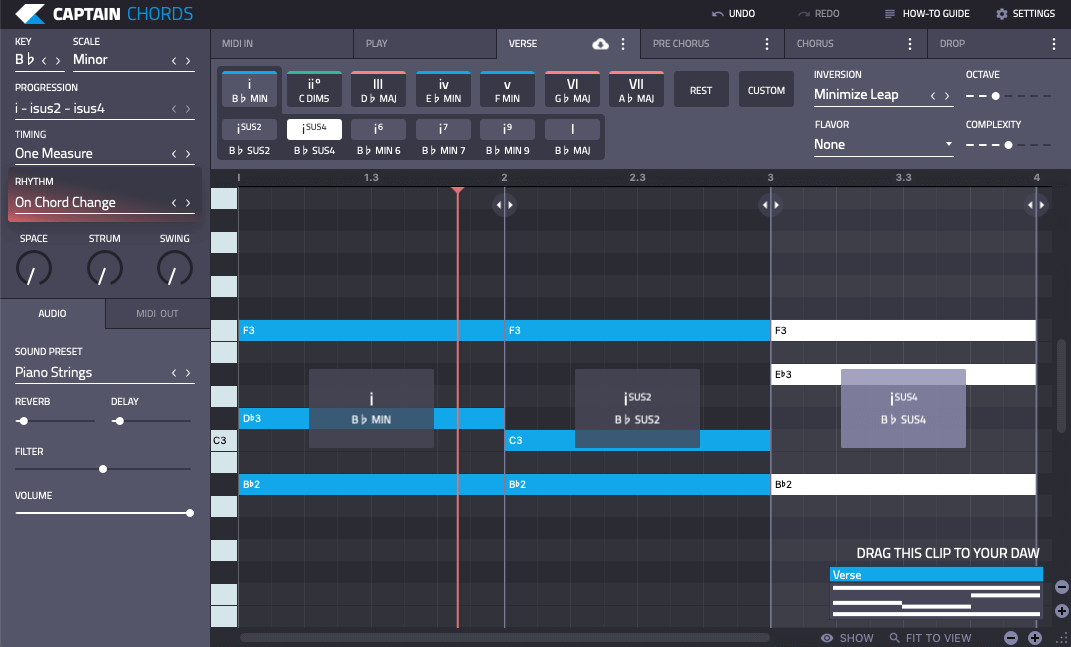