The Chord of B Flat Major

A short guide to an unparalleled chord. Find out different ways to play it, what styles of music best suit it and what notes are in its diatonic scale. 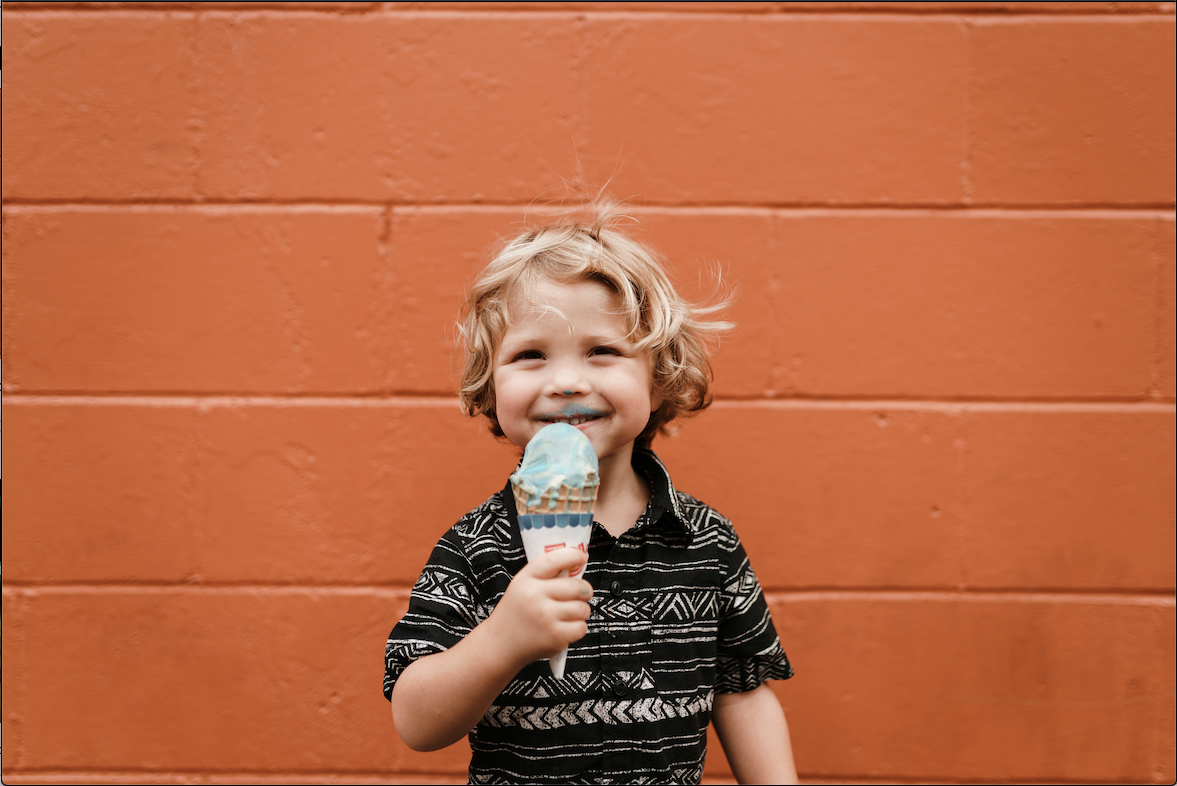 Chords have characteristics. Personalities, almost. The composer Schubert wrote a book about this, in which he characterized B Flat Major as ”Cheerful love, clear conscience, hope aspiration for a better world”. How delightful!

Try playing B Flat Major on your keyboard or guitar and you’ll hear the musical equivalent of a beaming smile!

B Flat Major is possibly the most cheerful chord in existence, so you won’t find much funeral music in this key. However it can be used in a wide range of compositions, from the glossy pop of songs like Britney Spears – Baby One More Time, and Eiffel 65 – Blue to classics of rock like Queen – Bohemian Rhapsody or Chuck Berry – Johnny B. Goode .
Look through the list of songs in B Flat Major here and you’ll be amazed at the number of all-time classics in this key. It can deliver a truly rousing, dynamic punch, making it perfect for Rock, Gospel, Pop, Hard House, Trance and Singer/Songwriters seeking to get everyone singing along!
For the same reasons, it’s generally not an ideal root key for music with a deeper, more soulful tone, such as Deep House, Soul, R n’ B, EDM and melancholic music. 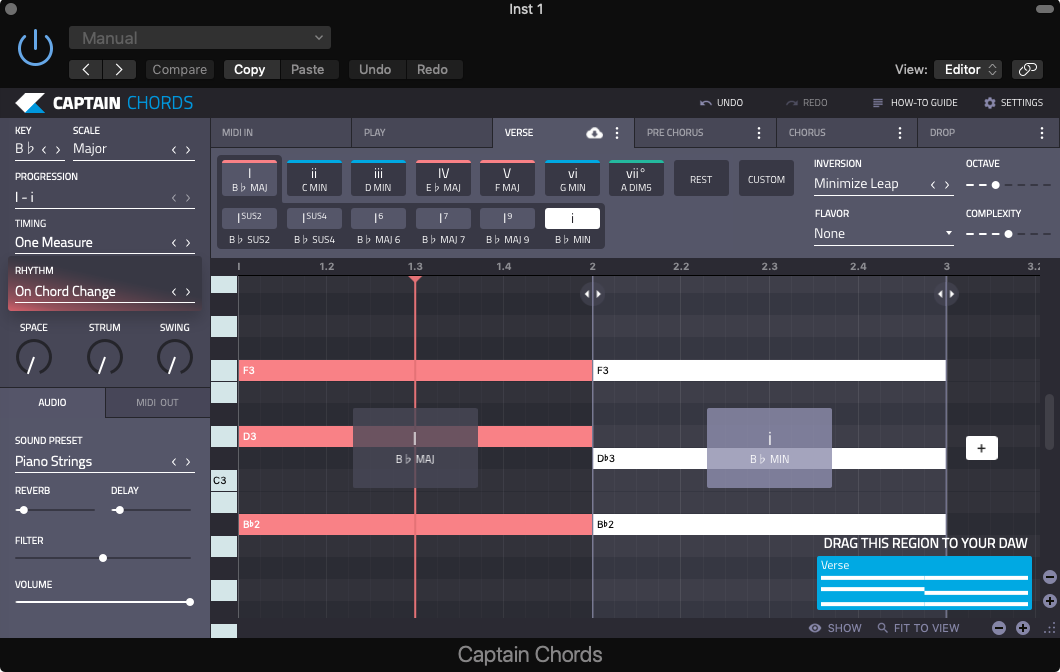 Let’s analyze B Flat Major. Like all tonal chords, it’s generic form is a triad – or three notes played simultaneously – and it starts with it’s own root note, which is, of course, B Flat.

The chart shows us the simple difference between the B Flat Major and B Flat Minor chord. It also tells us that B Flat Major consists of three notes: B Flat, D and F.

The outer ring has the Major chords, the inner ring has Minors. Look at the top left of the wheel. 6B = B Flat Major, and is positioned next to 6A = G Minor. These are ‘relative’ chords – very useful when writing chord progressions as you know they’ll sound ‘correct’ even when played on top of one another.

When playing B Flat Major, you can change the way it’s played and play either of the triad notes at the bottom. Check out the video example below, where you can see and hear the difference between the three ways of playing the same chord. The sound is almost the same and the pitch is identical. These are sometimes referred to as inversions.

Check out how B Flat Major’s inversions sound below: 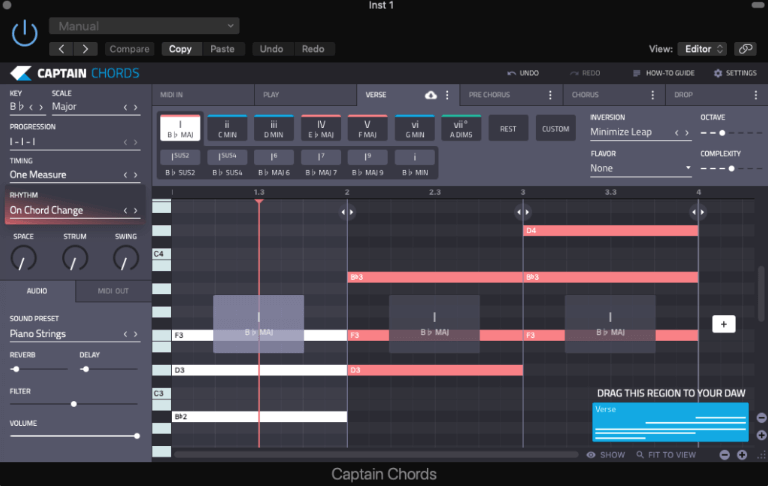 We can make B Flat Major more complex and interesting by adding additional notes. It’s like adding spice to your chord – so be careful not to overdo it. 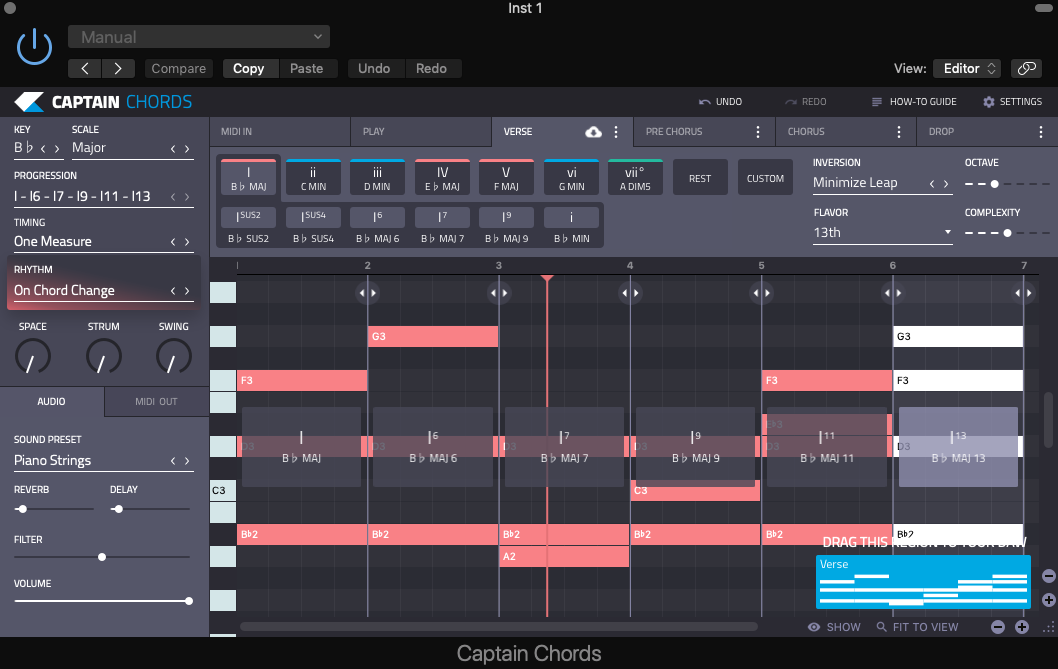 The diatonic scale of B Flat Major