How to arrange a Dance Music track

If you’re writing music for nightclub DJs, there is a formula you need to employ if you want them to play your tracks to a dance-floor. Here’s how to set up your tracks for success. 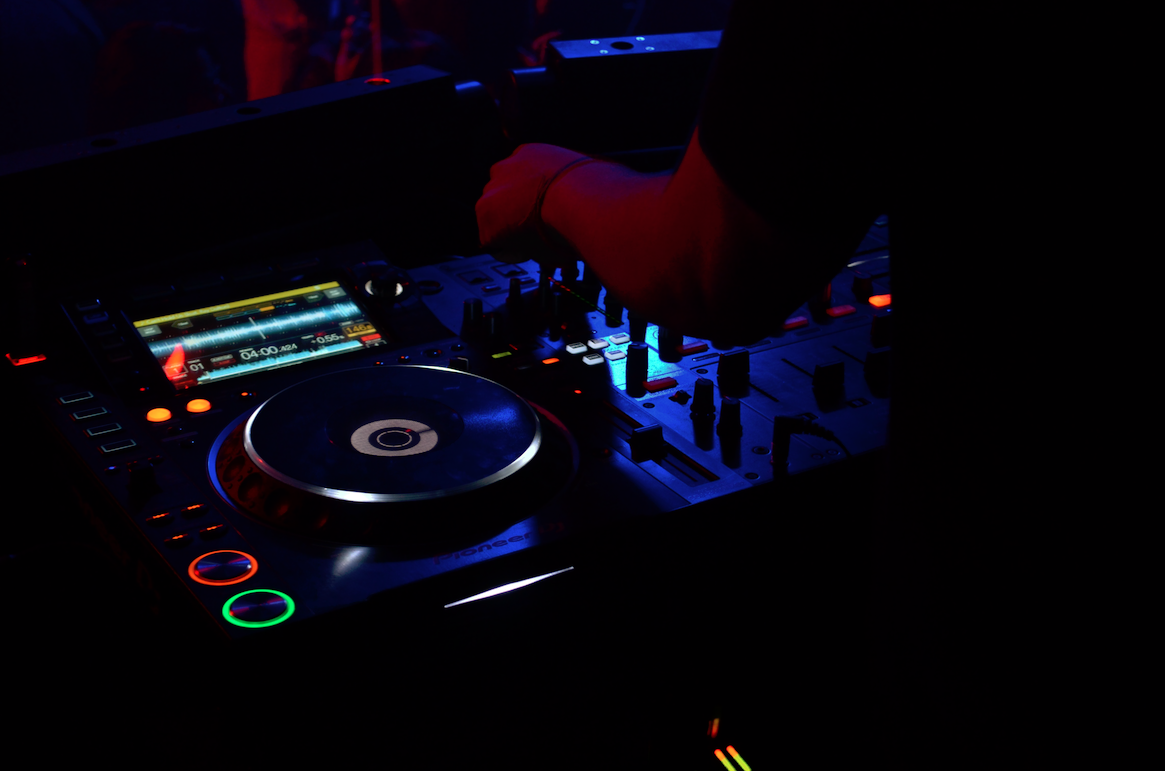 The term ‘Dance Music’ can relate to anything from Techno to EDM, House Music to Drum n’ Bass. Each sub-genre places different emphasis on certain sections – for example Drum n’ Bass is all about the initial drop, while House Music tends to steadily build through its arrangement. Yet the actual arrangement almost always adheres to the golden rules.

It’s basic human nature – dancing requires confidence, and confidence is gleaned from making minor, short-term predictions about what is going to happen next. So for example as we reach the end of a verse, a good producer will signpost the forthcoming hook by adding parts to the end of the verse, such as a drum fill. The audience predict what’s coming next, and when they’re proved correct, it’s satisfying. If the music is exciting too, it encourages the endorphins that make us want to dance. It’s science, baby!

There are sections of a song that need to be present if you want to create a danceable track that DJs can mix with. The below table is a good reference point – make a song modelled on this structure and you’ll have an arrangement that will definitely work. While most dance music tracks will employ most of these sections, certain genres use more or less of each to create that genre’s vibe. Many genres follow the intro with a chorus instead of a verse, for example.

So, rules are made to be broken, but this template is a solid reference point all the same:

As you can see from the table above, producers can choose the length of each section, depending on taste and genre. Questions to ask yourself might be “Do I want Section X to be 8 bars long, or 16 bars long?” or “Do I want my breakdown to come in straight after the Intro, or do I want a verse or hook instead?”

The reasons to choose one or the other really depend on how quickly you want the song to reach its apex. You might want to really drag out the intro to build the tension. However, if you’re hoping for radio play, you might want to use shorter sections to keep the overall track length down. Radio tracks, even on Dance music shows, tend not to go over 3 or 4 minutes, while many club tracks are 6, 7 or 8 minutes long. This extended length gives DJs more material to mix with. 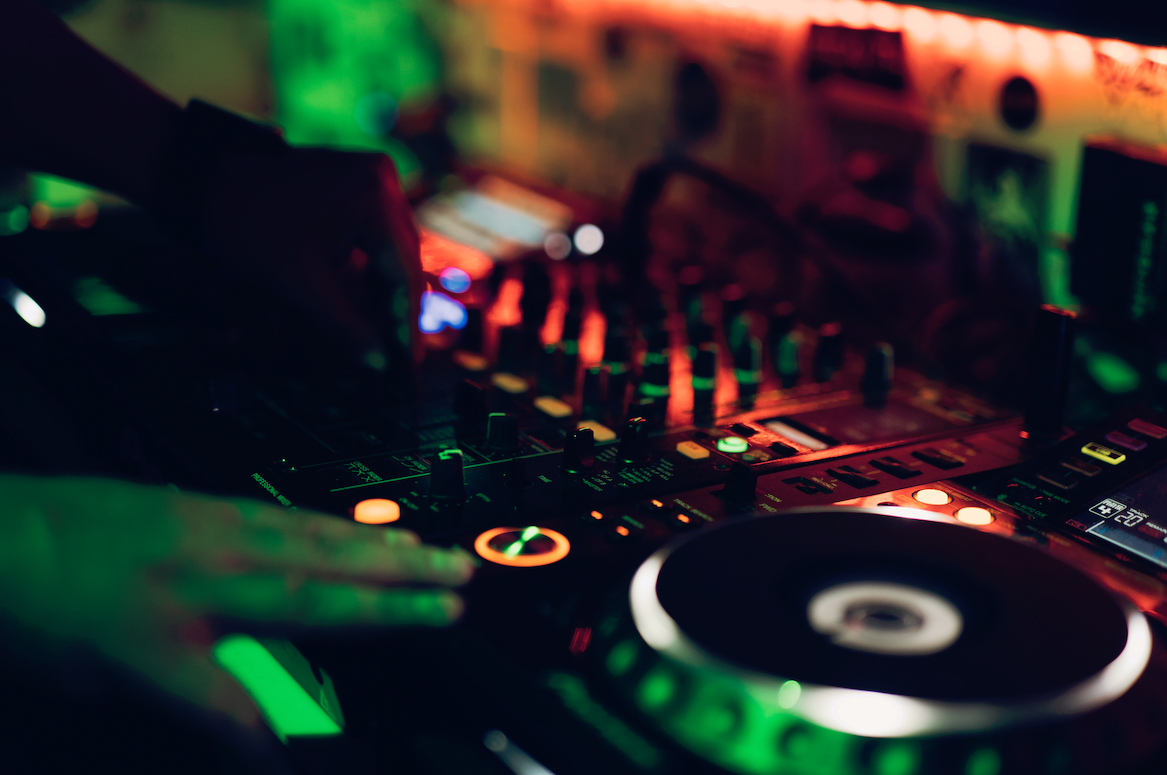 You’ll notice that any dance music arrangement needs sections with lengths that are divisible by 8 bars. Some music, like Pop music, uses 4 bar sections for some effects, but dance music is almost always in 8 bar phrases, even if there is a lot of repetition within each phrase. The reasons for this are simple – dance music is invariably in 4/4, and moves in loops. If your changes are too fast you’ll disorientate the listener. Likewise, if your arrangement change lands on the wrong bar you’ll lose momentum and people won’t want to dance.

Check out the audio clips below. Compare the two, and listen to how rushed and unsatisfying the track sounds when the arrangement is wrong.

Get it right, and you’re immediately more tempted to dance along!

Now let’s take a look at some examples of different types of dance music arrangements: 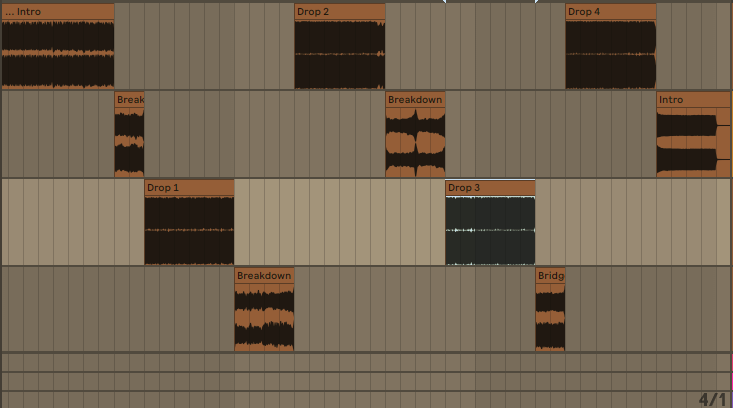 House music, in all its various forms, interprets the dance music arrangement formula as a way of introducing regular drops. As a result, the sections preceding each drop are designed to subtly increase drama or tension, before the payoff drop.

In this example, 4004’s Fanta Club, there are several Drops preceded by breakdowns, builds and bridges.

Drum n’ Bass is all about a big drop at the beginning, and an even bigger one halfway through. It’s such dynamic music that it often employs huge, extended breakdowns and builds for maximum goosebumps!

In this example, Rudimental have 2 main drops that come in after long, emotive build-ups. They use an unusual trick to make the build ups even more epic. By sneaking in an additional 4 bars before the 1st drop, and 8 before the 2nd, they add an extra layer of tension, right when the listener expects the drop.

This mix is the radio edit, and shows how you can still squeeze a lot of dancefloor power into just 3 and a bit minutes!

This track uses a much more regular structure of lots of joined up 16 bar sections, in fact the only time it deviates is for the extended breakdown/build. This is where the tension and drama rises, so Flume has used a standard 32 bar breakdown, but added an additional 8 bars to accentuate the drop. He does this for similar reasons to the Rudimental track above – extra punch in the drop.

Captain Plugins is the ultimate tool for crafting dance-floor weapons. You can write stunning original music and use the arrangement tabs to navigate through the track. Then, when you’re ready, simply drag the MIDI clips from Captain Plugins to your DAW and lay them out. Your new understanding of arrangement will help your track become a certified floor-filler!

To ensure your sections sound cohesive throughout, start off by writing the busiest section of the track. This will probably be your Drop. Then copy/paste the different instruments and drums into the arrangement, removing parts as you go. For example, to creat an Intro you might remove everything except the Kick drum, percussion and sound effects, and then add in one melodic line and a bass line to create your Verse 1 section. 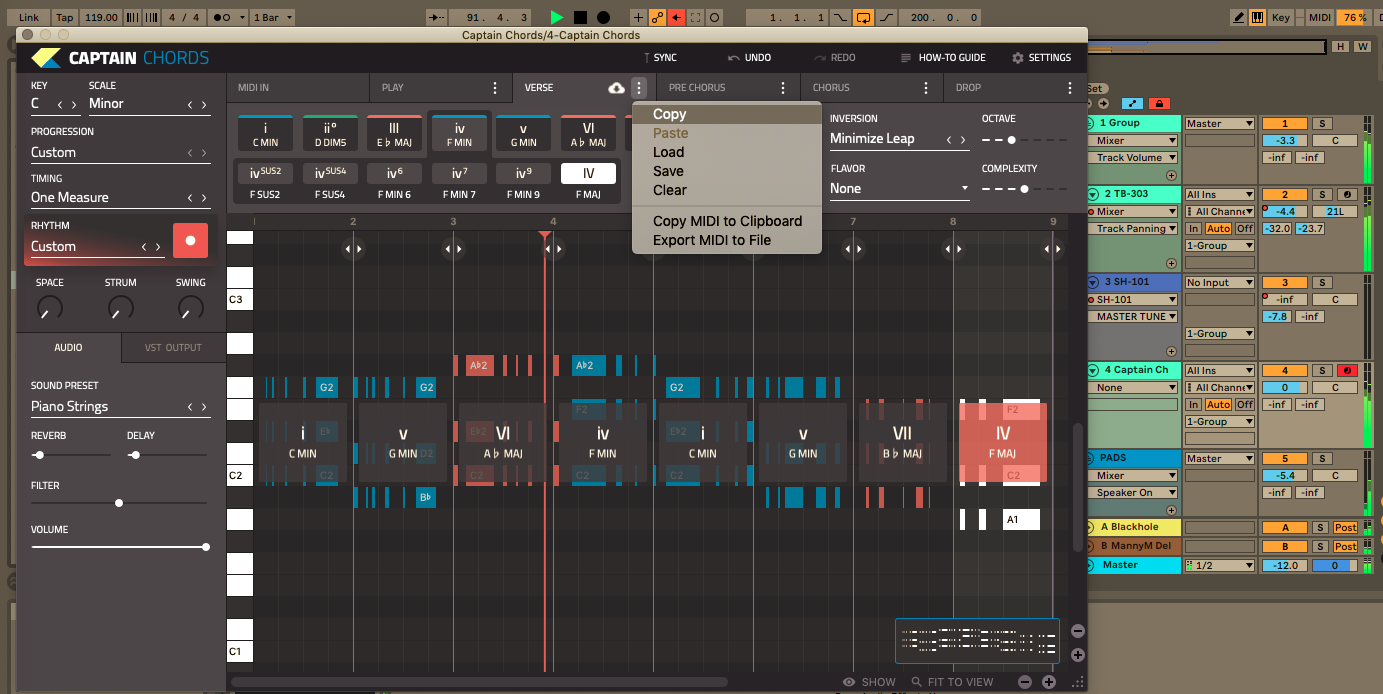