6 questions to help you choose the right DAW

As an electronic music producer, your DAW – or Digital Audio Workstation – is your ultimate tool. It’s your aesel, canvas, paintbrushes and paint-pallette all rolled into one. It is the kitchen in which you hope to cook your best meals. Choosing the right one – or deciding to switch – is a momentous step for any producer. 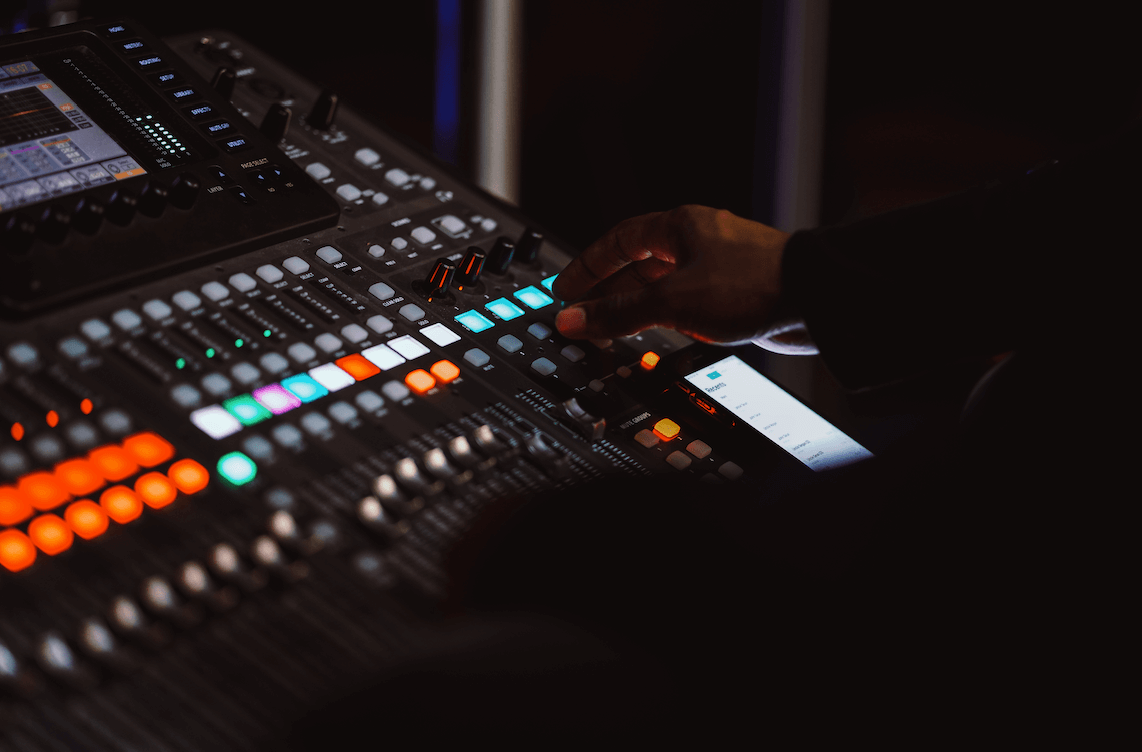 What is a DAW?

A DAW is a term to describe any software that enables your computer to act as a music studio. Almost all can record instruments and live performances, and offer audio-editing, arrangement, mixing and post-production tools. They’ve come a long way since their early inceptions and today most DAWs can do things that were simply unimaginable just a decade or two ago.

Reflecting this, most music is nowadays created on a DAW.

The first DAW systems were simply MIDI transmitters, that would send MIDI clips to MIDI enabled instruments like synthesizers and drum machines in pre-written patterns. It was rudimentary, but transformed the way music could be performed and recorded. Now, you didn’t need to play the instrument live, it could play itself by reading and replaying MIDI messages to order.

Over the years these simple systems developed features like multi-track mixing, digital and analog recording and audio editing.

Companies like AKAI, Commodore, Atari and Apple began developing these systems for home use. This opened up the market to thousands of new customers. Suddenly you didn’t need a fancy recording studio and session musicians to cut a record. You could do it on your home computer with a few electronic instruments and a DAW.

It was a seminal development. New music styles quickly proliferated as music production was no longer exclusively the domain of trained musicians and professional recording studios. Home users enthusiastically embraced new technology and created their own styles and genres in the process.

These early DAWs had major limitations. For example, the legendary sampler, the Akai MPC2000 had a total system memory of just 6 seconds. Users were forced to cut samples down to tiny fragments and rearrange them as one shots and short loops. This restriction was fundamental to the principle of beat-making – and its impact can still be felt today through artists like Flying Lotus. 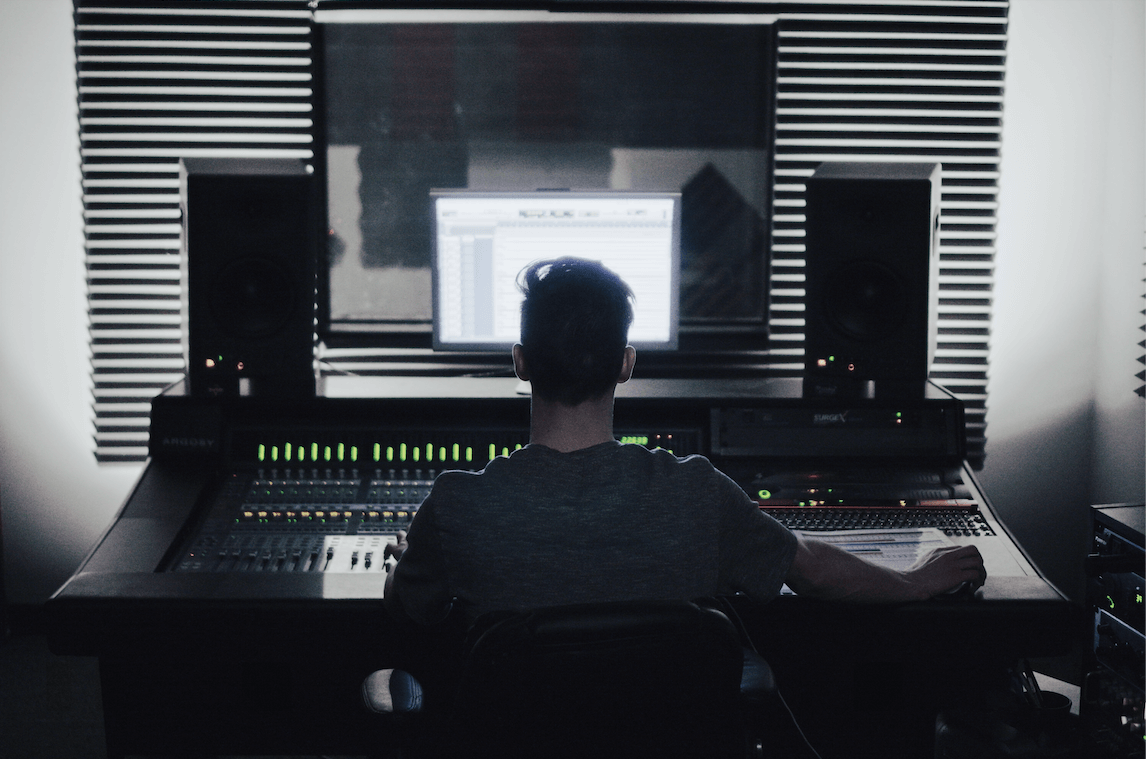 Let’s return to the kitchen metaphor for a minute. If you had a choice of any kitchen in the world, you’d start asking a few questions to narrow your search. To find the best possible kitchen for your cooking, you’ll want to know whether your hobs are gas or electric, your pans are non-stick and if there’s enough space to accommodate your wildest culinary adventures.

It’s no different with a DAW. But what questions should you even be asking in the first place? There’s no precise answer to that question, since everyone gets into music production with different goals and predispositions. However, here are a few questions that you’ll probably want to consider:

4. What platform do you use?

5. Where do you want to take your music production? 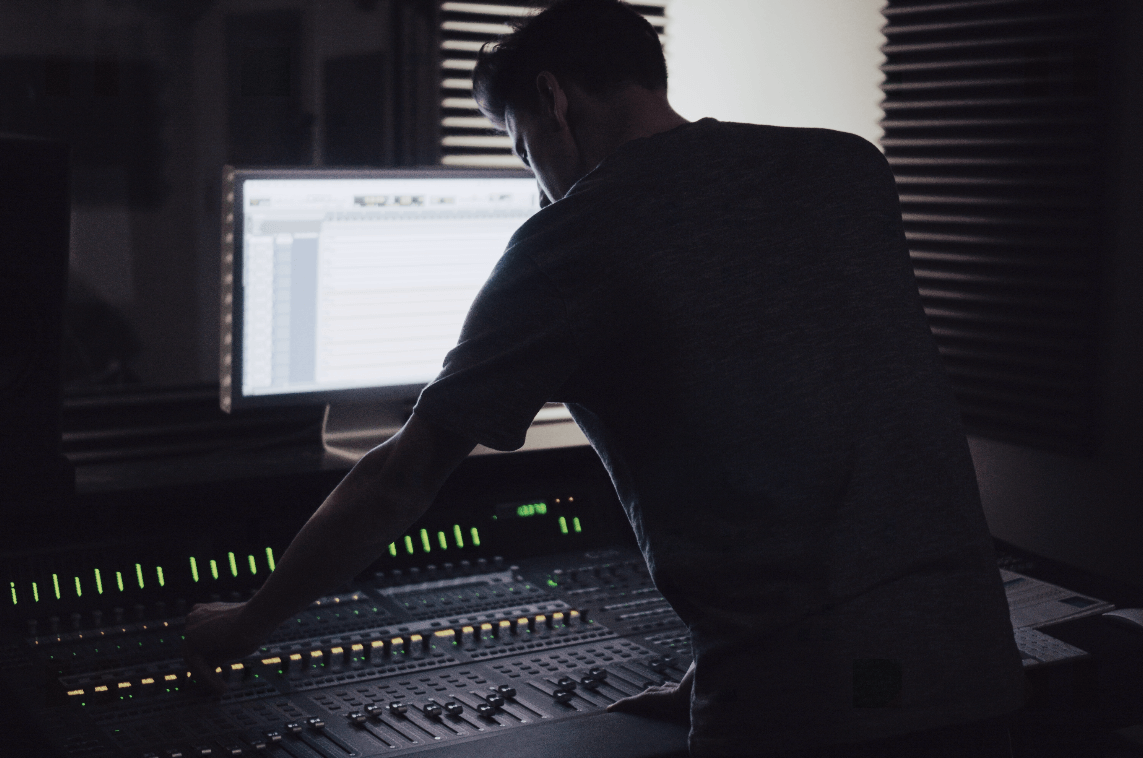 Hopefully you’ve now got a better idea of your personal requirements. But there are still loads of options in front of you! How do you choose? Let’s take a brief look at the major DAW options: 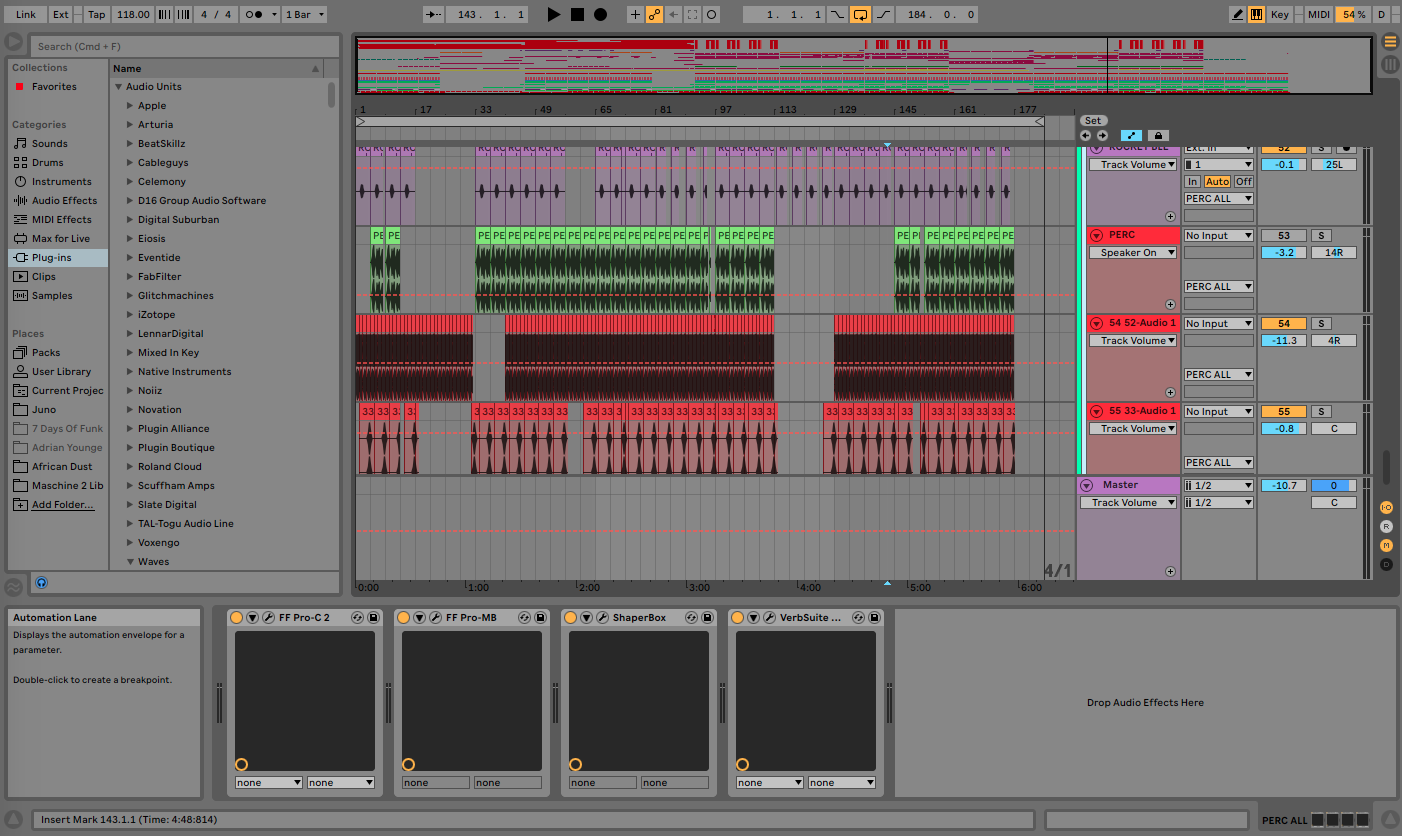 Ableton Live 10 is a great choice for those looking for an all-action approach to MIDI and live performance. It’s one of the most popular DAWs out there, and has tons of tutorials and guides online. Plus, its in-built plugins and array of sound packs make it one of the most comprehensively featured options.

Mixcraft is packed with features for audio editing and Midi routing. It’s also great for video editing. A brilliant option for anyone making their own videos or hoping to get into soundtrack work. Billed as ‘the musician’s DAW’, Mixcraft is great for instrument recording and subsequent editing. 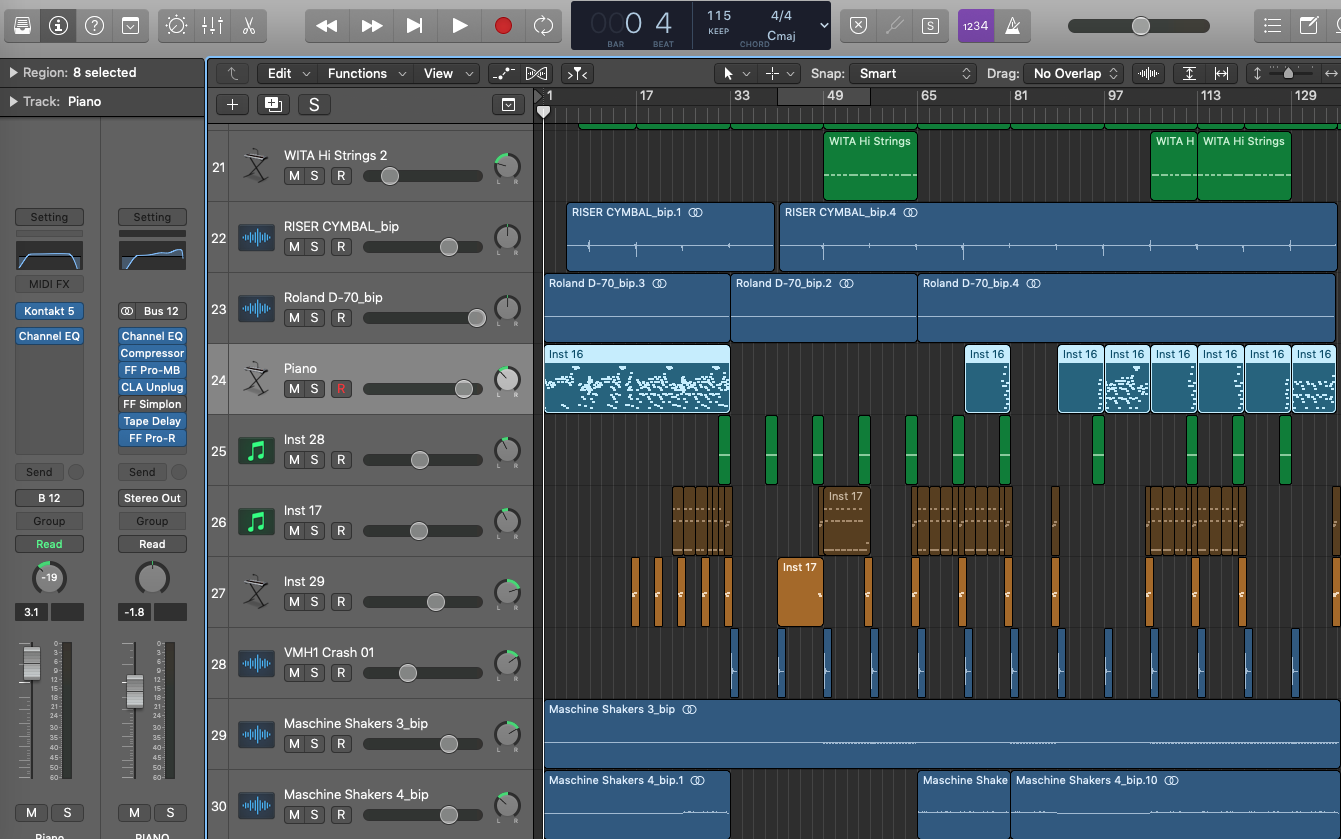 Logic is extremely popular for its high quality plugins, awesome audio editing options and beautifully designed composition tools. The DAW of choice for many professional studios due to it’s intuitive workflow and all-rounder capabilities. One of the most popular and respected DAWs around.

Pro Tools is often favored by live performance recording and is the DAW of choice for many recording studios. It’s the industry-standard for many professional producers – if it’s played on the radio, it’s probably been through Pro Tools at some point. Pro Tools doesn’t use VST or AU format plugins in favour of its own AAX format. This is a very important point to consider as not all plugins are available as AAX.

There’s not much Reaper can’t do. It’s a staggeringly good option for free software. (You can get up to version 6.99 completely free. Later versions are at a small cost.) Reaper doesn’t come with a sample library of any sort, so you’ll need to provide all your own sounds from samples and/or instruments. This could be a bonus for those with limited hard drive space. 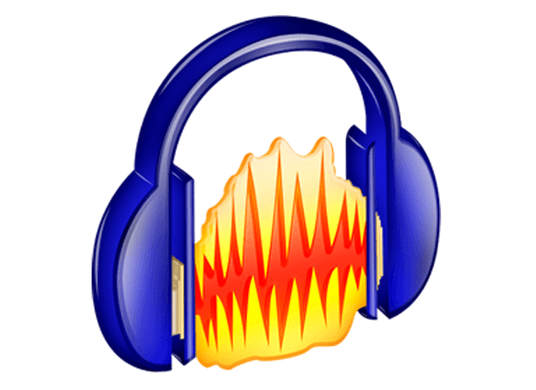 Audacity is simple to use and brilliant for audio editing. While certainly not fully-featured (no MIDI routing, for example), it can complement other DAWs well as an audio editing tool alone. And it’s totally free, too.

GarageBand is Logic’s little brother, with lots of shared functionality and the same easy to use interface. It offers the casual producer a solid platform to create simple works. However, don’t be surprised if you start feeling the urge to upgrade to Logic after a while!

Magix Samplitude is a Windows-only DAW brimming with German-engineered brilliance. Fully featured, Samplitude is a high-quality DAW capable of advanced audio-editing, sequencing, MIDI routing, mixing and mastering. One of its unique features is the approach to audio and MIDI editing. Users can adjust parameters like pan, fx and volume at ‘object’ level instead of across the whole channel.

FL Studio 20 was named Best DAW in the world by Music Radar, and has an enthusiastic online community of producers and beat-makers who post tons of tutorials and guides online. Having started life as the entry-level Fruity Loops, it has evolved into a fully-featured DAW with a strong emphasis on visualizing the process of production.

The new kid on the block. Bitwig was created by ex-Ableton designers, and rivals Ableton in many regards. It might be new, but has an extensive array of features and compatibilities, not least its amazing approach to CPU burden. You can run an enormous number of VST tools and synths without overloading your CPU or encountering latency.

Propellerheads’ Reason is a beast of a DAW and comes packed with incredibly powerful ‘in the box’ synth engines and programming tools. With a legendary audio engine and unrivalled modular-style patching options, Reason is an extremely versatile and creative tool, particularly for producers into synthesis.

Cubase is one of the longest-standing DAWs around, has been used to produce some of the biggest tracks in history, and has undergone many essential updates over the years. One of the most respected DAWs, it has a loyal army of devotees. Its precision approach to beat-grid manipulation and advanced FX routing capabilities make creative production smooth and fun.

Native Instruments’ Maschine series is not a fully-featured DAW, but is a favorite with hip-hop/beats producers as its sample-manipulation tools come close to replicating the grand-daddy of beat production, the MPC. Plus, it comes with a MIDI controller of significant build quality and performance aptitude. What it lacks in areas like MIDI-connectivity it makes up for with its simple, tactile and user-friendly interface.

And as if that wasn’t enough, the sample packs that come as standard are legendary. We haven’t even mentioned that different models come with additional software such as Battery, Massive and Solid Bus Comp.

Presonus’ Studio One is a brilliant DAW, with some unique features like touchscreen capability so you can produce like you’re Tom Cruise in Minority Report. Studio One is included in many of Presonus’ high-quality audio interfaces, which can represent quite a saving on start-up costs. One of the fastest-growing DAWs of today, its intuitive workflow make it a serious contender to the title of best DAW.

We can’t tell you which DAW is best for your needs, but this guide should help you decide which meets your short and long-term needs, is right for your budget, and gives you room to learn and develop your skills.

In truth, there isn’t a bad option to be found here. What’s more, many offer a trial period or free introductory version, so you can try them out and see what suits your style best.