How to write a catchy hook. 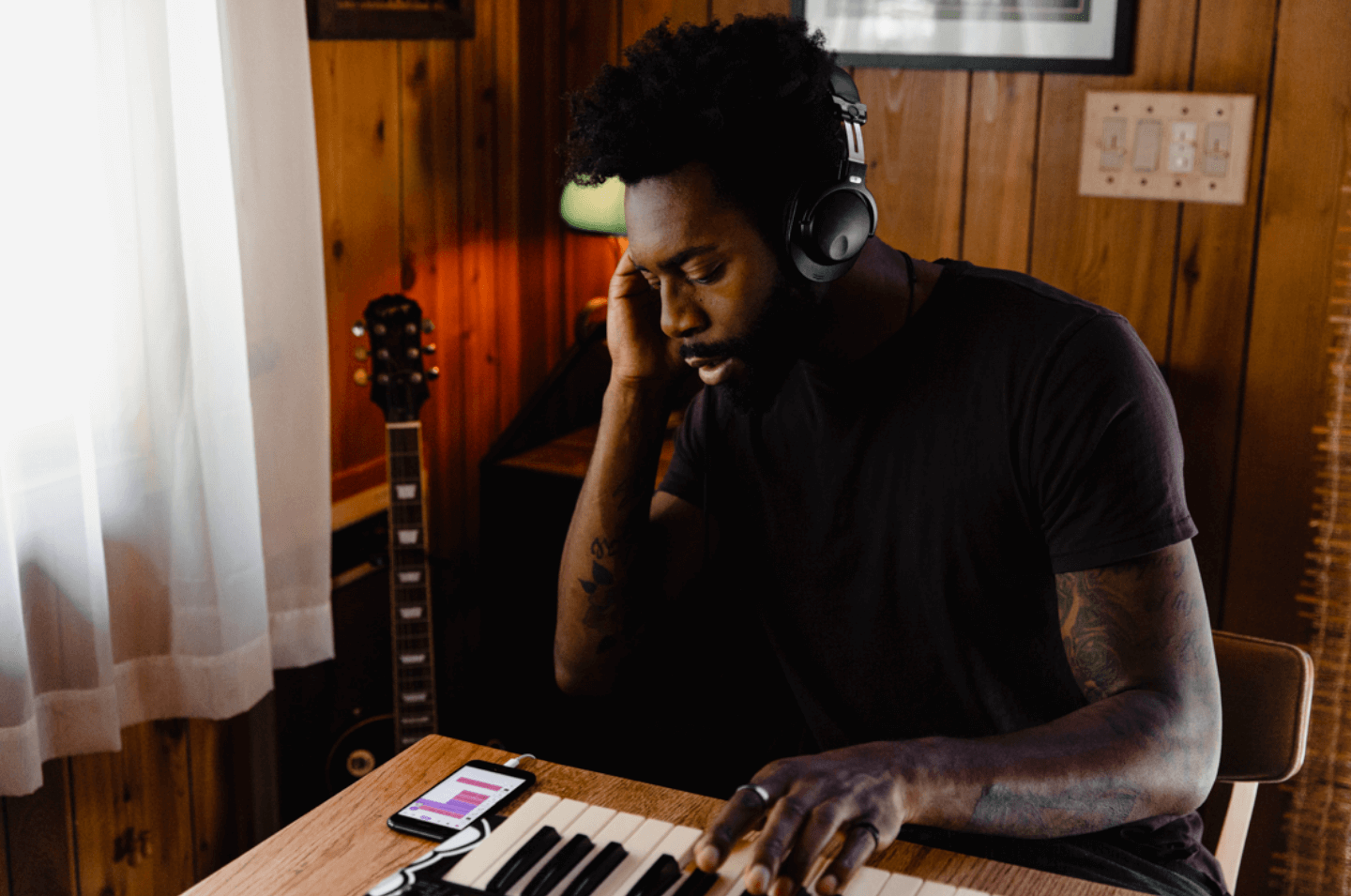 Photo by Soundtrap on Unsplash

The hook. It’s the magic ingredient in all successful songs. Everyone sings along, you find yourself humming it in the shower. But how do you write a catchy hook?

How do we define catchiness?

Of course, it’s not something you can quantify. Bu there are signifiers.

A hook is usually centred around a killer melody on top of great chords. There may be additional harmonies and counter-melodies, but the bit that makes it catchy is the bit we all hum along to long after the song has finished. It’s the main melody.

This article will look at the key components of a catchy melody, as a result. It will ask you some questions to consider when writing your next melody, that may help you write something genuinely catchy. Captain Plugins users will be able to use these tips directly in Captain Melody’s powerful composition engine. However, these tips are applicable for all musicians!

For more detailed insight into different types of melody, and how to write them, see our Ultimate Tips for Writing Killer Melodies.

Ultimately, there’s no formula or blueprint to a catchy hook. But there are some characteristics that might help us identify one. By understanding the ingredients of a catchy hook, we’re one step closer to writing one!

The hooks that get stuck in our heads are almost always pretty simple. That’s not to say childish (although sometimes that helps), but catchy hooks are rarely densely packed with notes. They usually follow a natural path through the chord progression underneath it, with the odd moment of surprise to keep thong simple.

By using Captain Melody’s Idea tool as a way to visualise the construction of a hook, we can see this in action. Here is the hook for Daft Punk Ft Nile Rogers & Pharrel Williams’ ‘Get Lucky’:

Look at how simple this world-famous hook is. It’s essentially 4 very similar sections that ride the chords. Section A is the 7 notes over the first chord, B Minor. This section is directly repeated over the next chord D Major. There are no changes at all. The third section rides the F# Minor chord, and is almost the same as the first two sections. This time, the first 6 notes have been copied but dropped one note. The final note is the same, E. Finally, they resolve the melody with a fourth section. It’s still really similar to the first three, only the first five notes are dropped another note to B, and the final three notes complete the phrase by dropping in a stepwise motion down from C#. 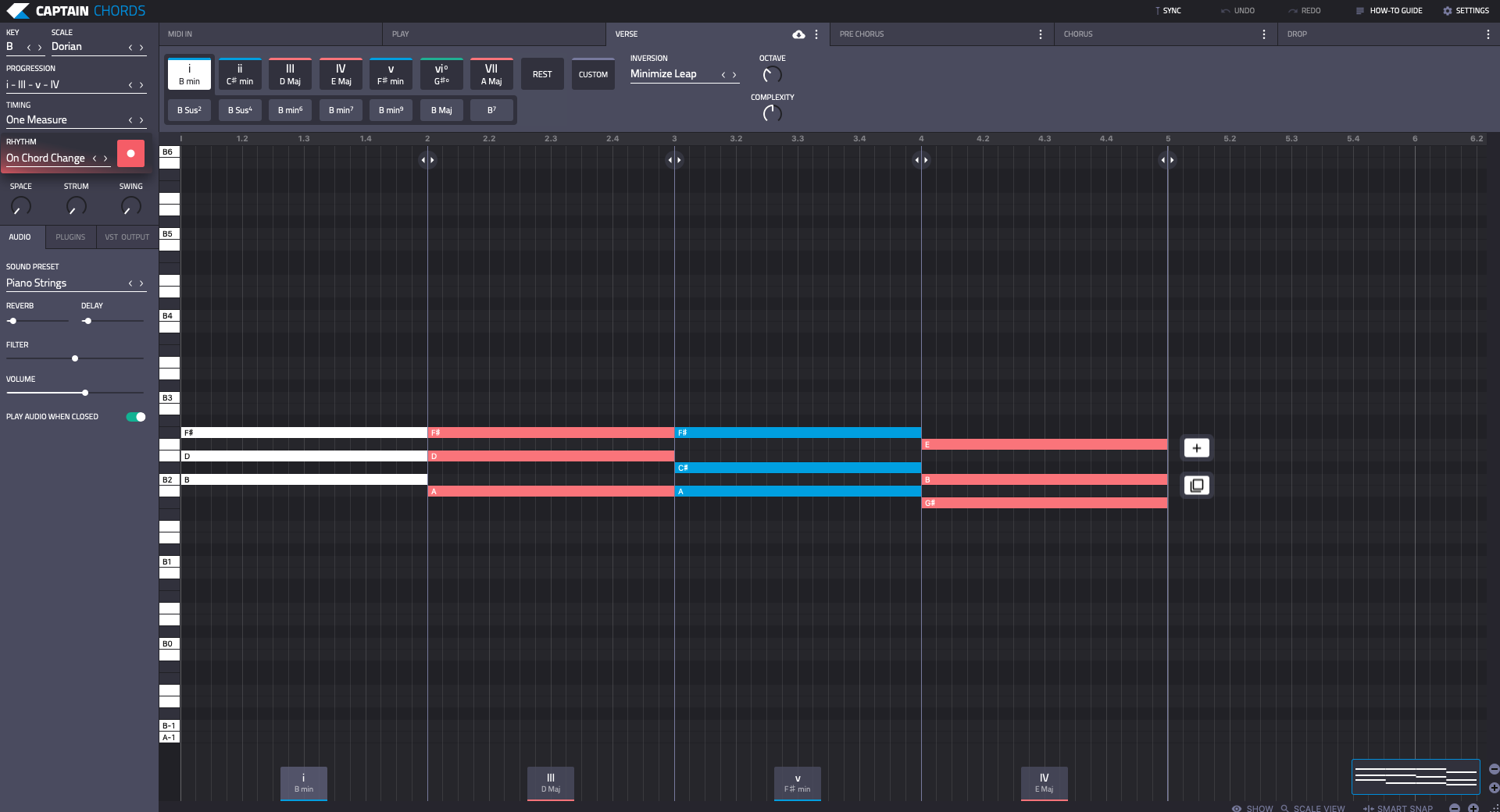 The reason this hook is effective is that the listener can predict each part of the hook before it arrives. Even non-musicians have enough familiarity with the basic conventions of music. This makes us all capable of predicting melodic motion to some degree. When a hook capitalises on that, a ‘singalong’ moment is born.

As songwriters, we often want to ‘prove our worth’ by executing complex ideas or breaking rules to show off how clever we are. There’s a time and a place for that, and it may suit your song. But if we want to write a catchy hook, we need to make it predictable. It’s actually science. When we guess that something is about to happen, and then our guess proves correct, we get a little shot of satisfaction. We’re pleased with ourselves! In music, that satisfaction makes people feel warm about a melody.

Contradiction alert: Your predictable melody also needs a surprise or two. Otherwise, it strays from satisfyingly predictable to boring.

WATCH: How to write music in the Dorian mode using Captain Plugins.

Music is essentially a series of cycles happening simultanesouly. Aside from abstract music like freeform jazz or Indian Raga, there is always a degree of repetition. And to write a catchy hook, we need plenty of it!

Repetition helps our brains predict what’s coming up. It also helps centre us and keeps us engaged with the composition. That’s why, i the Daft Punk example, they use a short, repeated phrase. By adding subtle variations in the second half of the hook, they build tension and anticipation for the 1st half as it cycles through again. We want that melody to repeat on us. It’s satisfying, just as a catchy hook should be!

Don’t solely focus on the hook as a single entity – it’s vital to consider the repetition as a key part of the overall effect.

In Captain Melody, tension is an integral part of writing melodies. Blue notes signify chord tones – notes that are present in the current chord. These notes have no tension, they fit perfectly into the chord. Yellow and green notes, however, are nonchord tones. These notes add spice to the melody. Most catchy hooks will have 65-80%% chord tones, and the rest nonchord tones. This means it’s mostly notes we expect to hear, and a few surprises. This is a fundamental principle of catchy melodies. 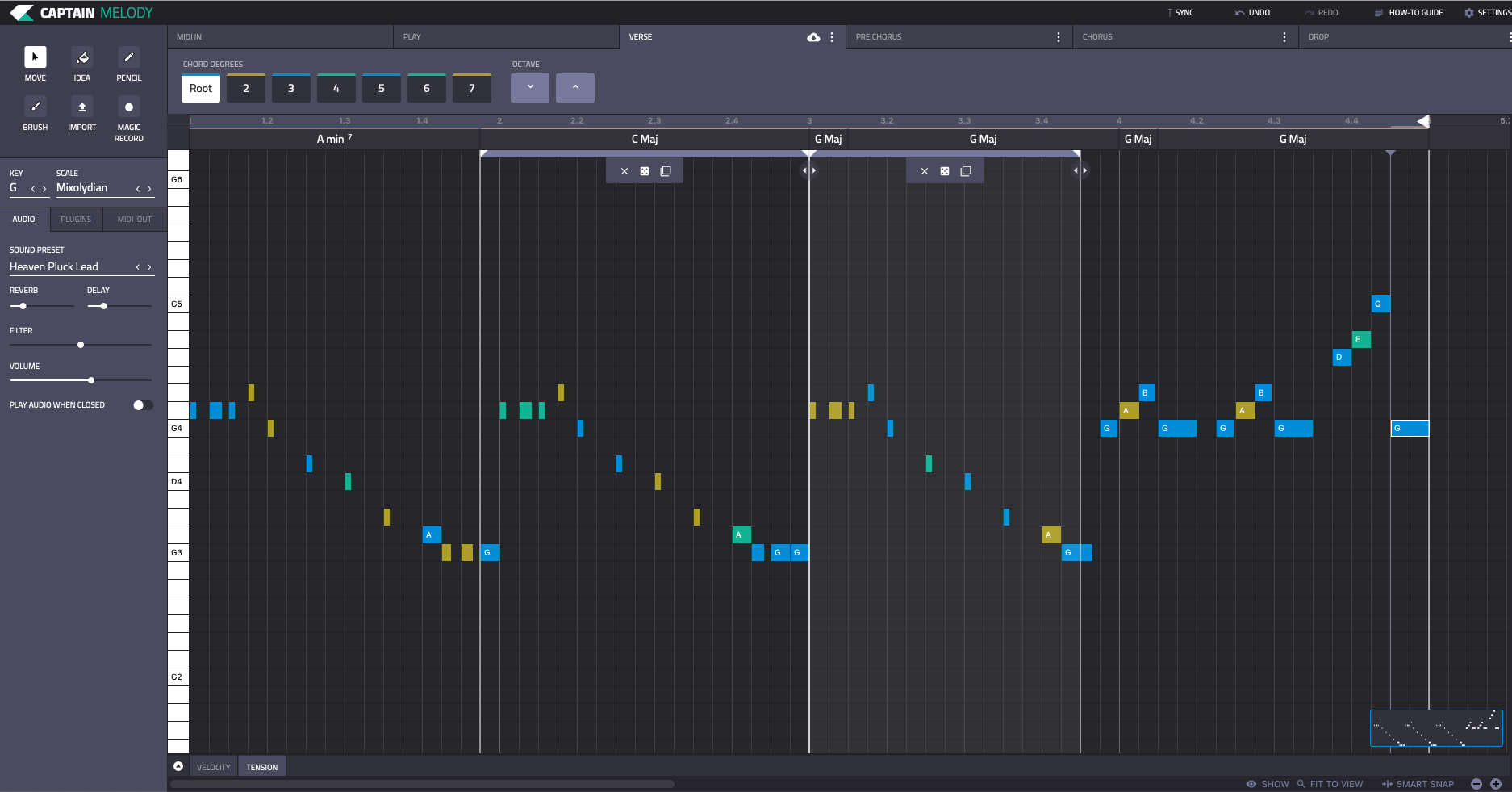 Taylor Swift’s ‘Shake It Off’ is a good example of repetition setting up for a satisfying resolution. She uses lots of notes, perhaps more than most pop songs. But because the order is generally step-wise, descending, it ‘walks’ us down each phrase in a comforting way. Then, after three phrase repetitions, two arpeggios finish the melody off with a flourish.

Catchy Hook DNA: Sound design is more important than you might think.

One of the key trends in music has been the rapid demand for advanced sound design in all kinds of music. From timbres and instrument choice to more advanced techniques, the sound of the music is just as important as the harmonic content.

The rapid advancement and availability of music production software has heralded a new dawn of sound design, that modern tracks in any genre needs to embrace. With a relatively small number of chord progressions underpinning most hit songs, there are limited melodic ideas available to those who want to write a catchy song. For this reason, brilliant, exciting sound design has become a key weapon in a songwriter’s arsenal.

Sound design is a complex skill to master. But even if your skills aren’t up to scratch yet, there is a world of sample packs to explore that can bridge the gap. By expressing simple, catchy melodic ideas through innovaive sounding instruments, played out ideas can achieve a new lease of life.

Ultimately, it’s little science and a sprinkle of magic.

Writing a catchy hook isn’t easy. If it was, we’d all have a guitar-shaped swimming pool in our Beverley Hills mansions! But, with a little bit of science and a sprinkle of magic, you can write a catchy hook of your own.

Here is a checklist you might want to consider while penning your next pop hit:

Captain Plugins is an awesome platform for melodic experimentation. You can quickly lay down chord progressions and try out melodic ideas using the advanced composition engines. Here, I sketched out a simple chord progression in G Mixolydian, and crafted a hook melody to suit. 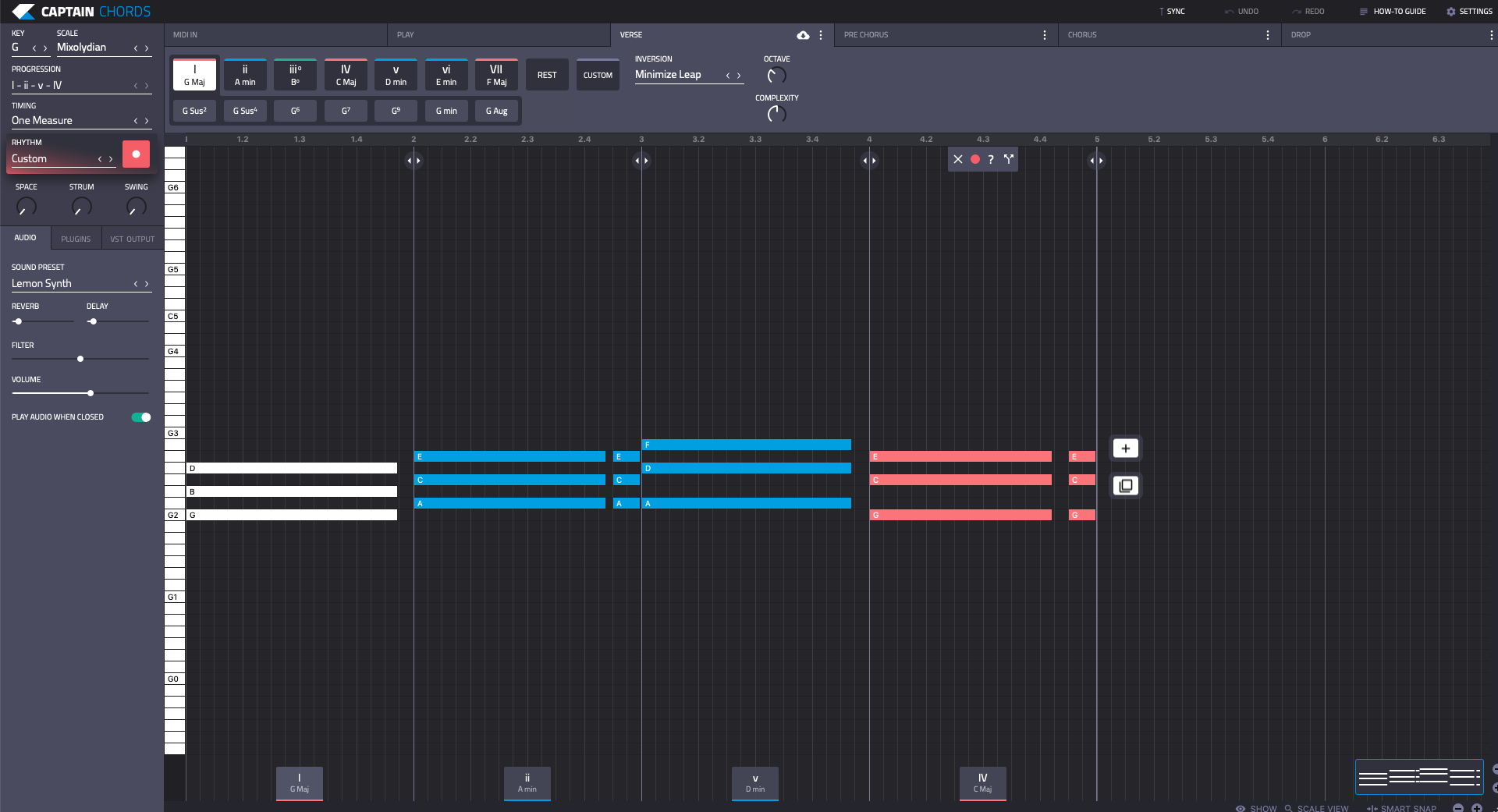 A simple I-ii=v-IV chord progression lays the foundation for the melody. 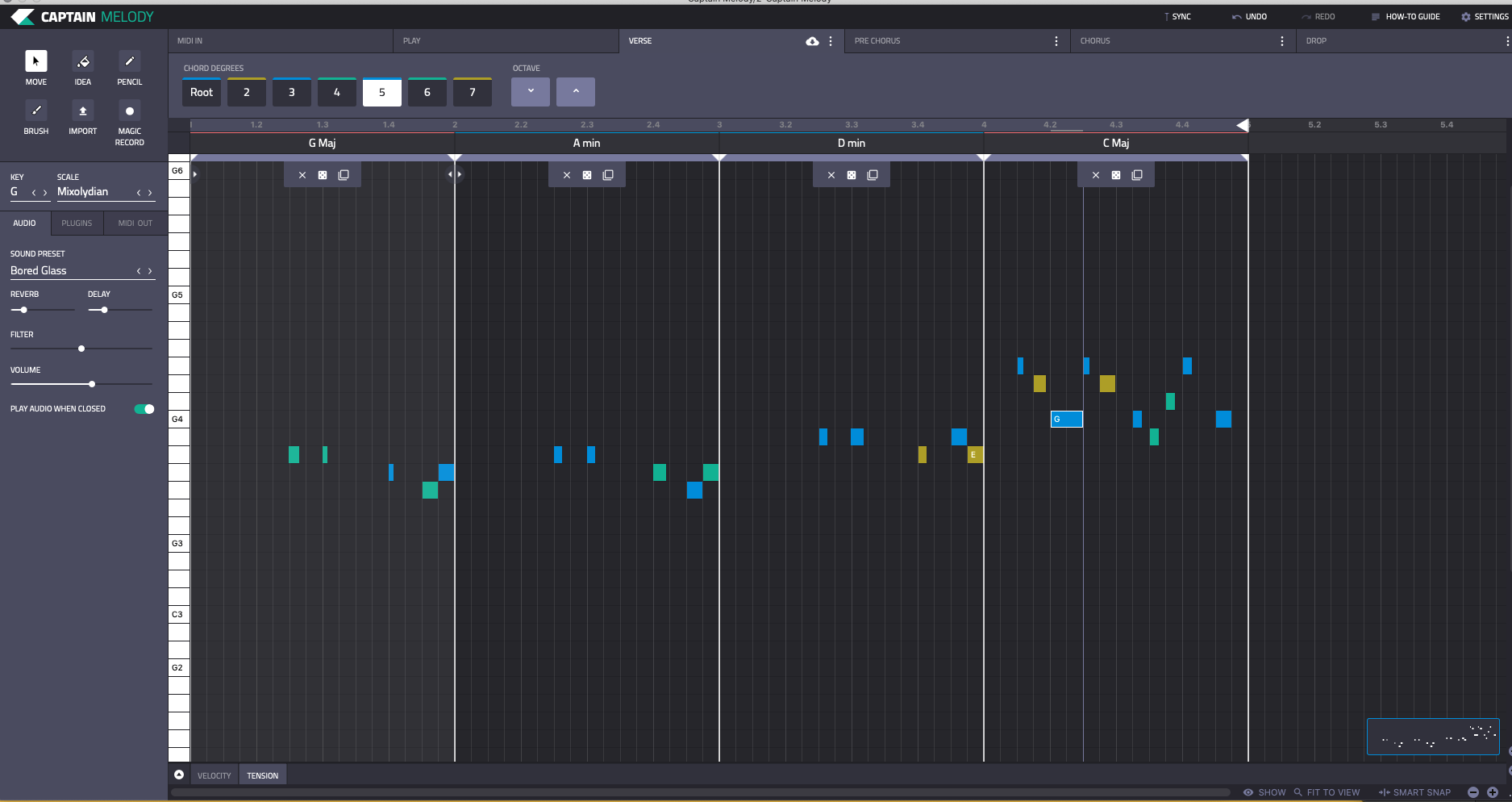 Using the Pegasus method, I tapped my rhythm idea into Captain Melody. Then, I divided the result into 4 one-bar sections. Using the Idea tool I created a simple 1-bar melody, that I repeated three times. 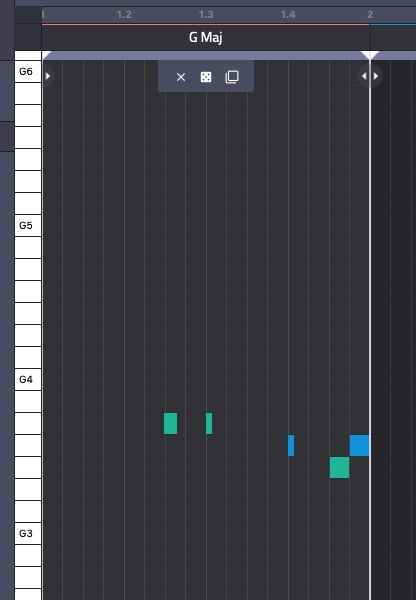 On the third repeat, to add suspense, I raised it all one note and switched the direction of the final two notes to downwards. 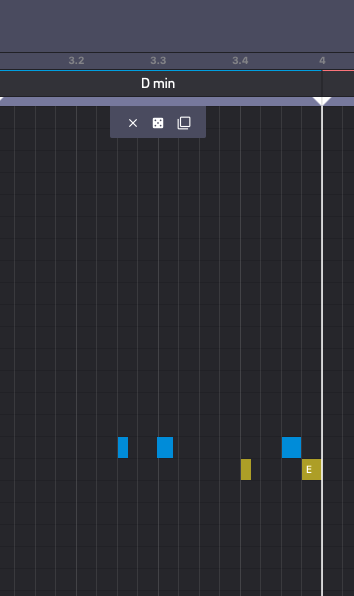 Finally, my last bar creates the resolution. It’s busier, and for the first time the root of the scale, G, is introduced. Also, Leap motion is introduced to create a more surprising melody. 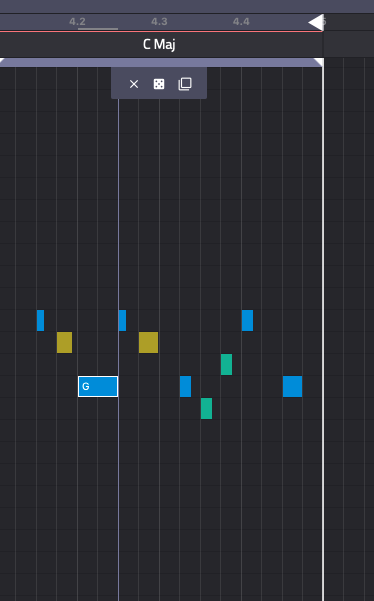 Here’s how that sounds, with bass and drums added thanks to Captain Deep and Captain Beat:

While this quick example won’t make the Billboard Hot 100, hopefully it shows a few of the hook-writing suggestions in action. There are, of course, no hard and fast rules for writing a catchy hook. But there are some useful ideas to bear in mind that might help you get one step close to writing that super-catchy hook!

For more on this topic, check out our podcast “What make a song catchy, with Mau Montekio”